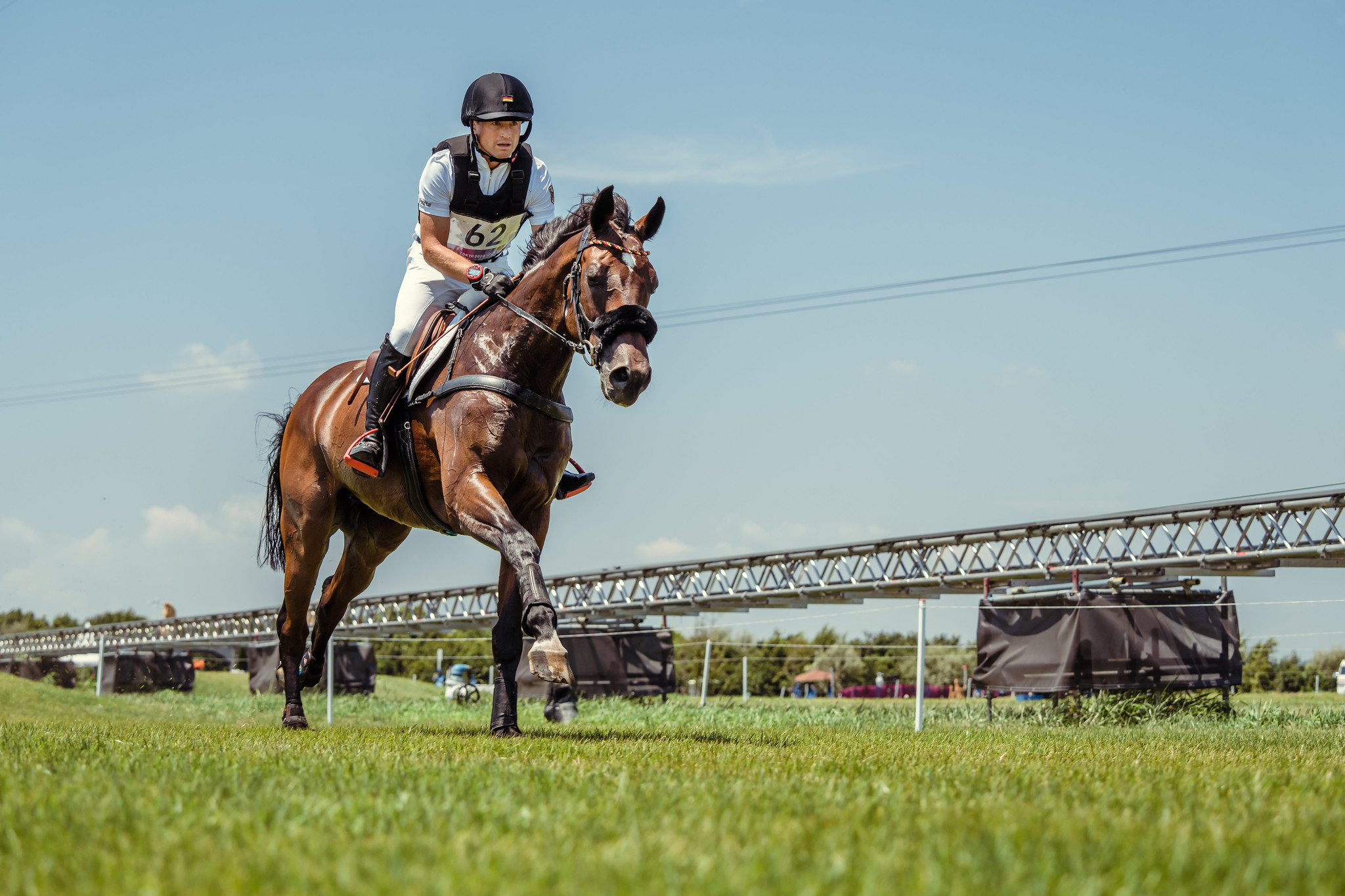 In the last 20 years, following multiple rider and horse deaths due to cross country falls, a number of safety measures were introduced into the sport of eventing.

Not the least of these was frangible fence technology, which allows a solid looking obstacle to collapse if hit hard enough, thereby helping to prevent a fatal fall. When first introduced in 2002, the competitor would be eliminated if this safety feature was triggered.

Since then, both the rules and the frangible devices have gone through a series of changes. While no one objects to making eventing safer, whether such safety measures should come with a penalty at all has been hotly debated. The rumblings had subsided in recent years but were reignited on the world’s biggest stage this week, when an Olympic Gold medal was won and lost, not by riding performance but by a safety measure.

Germany’s Michael Jung, riding Chipmunk frh, was the dressage leader and completed the cross country phase 13 seconds inside the time, only to find himself penalised for setting off a safety device, a MIM clip, at Fence 14c. The open corner was by far the most troublesome fence on course—not for run outs or falls but because of an seemingly overly sensitive MIM clip on the front rail dislodging at the slightest touch.

In some cases, these faults there were definitely earned. In others, such as Ireland’s Sam Watson and Tulabeg Flamenco, the horse appeared to merely clipp this part of the fence and the fence collapsed like a show jump.

Jung’s error (if it can be called that) was even less of an impact by all accounts, including that of Tamra Smith. The American reserve rider was watching at that fence and posted the following comment on social media:

Jung did not realize he had been given a penalty at first, as he was well clear of the obstacle when he heard the pin go. He posted to that effect on his Instagram story feed, and later, that his appeal had failed.

The most astonishing thing about this post was that Jung said he had seen video footage but officials had forbidden him to share it. (Doing so contravenes IOC rules on social media). However, is hard to imagine any sport in the 21st century age of transparency not sharing such footage as a replay if the transgression had such an impact on the result. The decision does nothing for the credibility of the sport or the integrity of the officials.

The official word, according to an FEI Spokesperson, “The German National Federation lodged a protest against the resulting 11 penalties immediately after the cross country, but the protest was dismissed by the Ground Jury.”

Had those penalties been removed from Jung’s score, we would be celebrating the German rider’s third individual gold medal win. Despite having one rail down in the individual final, he would have bested team mate Julia Krajewski by 0.10 penalties.

Jung, to his credit, has said no more about the matter after announcing his failed appeal and was first to congratulate his teammate. Krajewski is the first woman to win the individual eventing title at the Olympic Games since women were first allowed to compete in 1964.

But what about penalties for frangible fences? They were incorporated into cross country as a safety measure. Surely saving the lives of riders is not only the aim, but the end result as well?

The original elimination rule went through a series of revisions after constant appeals and reliance on subjective evidence from officials meant delays and confusion to the results of events. In 2015, it was decided that activating a pin or clip would automatically incur 11 penalty points. Under that rule, penalties awarded in these circumstances were final and would only be removed if it could be established that the device concerned had malfunctioned (by examining video evidence, for example), after which reports had to be submitted to the FEI detailing the incident.

That is a lot of paperwork (as well as delay on the day) but it has not been a significant issue until the introduction of the new yellow MIM clip, which activates more easily than the earlier red version.

MIM Clips have been around for 10 years and are now the FEI’s safety device of choice. Originally red, in 2017 the company developed a yellow version, which was made mandatory for several types of fences from January 2021. The MIM Clip website states that the yellow clip, now mandatory for all fences that are designed to be jumped at an angle, requires less pressure to be activated.

“The yellow clip will break at 70% of the energy of the red clip. If a competitor chooses to take the risk and jump a yellow clipped fence straight on, then even though it releases more easily, the FEI has determined normal penalties apply if activated.”

Some riders and other officials had observed at Burghley 2019 that the yellow type clip seemed very easy to shift. Reading the guidance for the use of the clips, it appears that allegations that a mere push from a passing human will dislodge one has some basis in fact:

“The YELLOW CLIP breaks more easily than the RED CLIP. Therefore, people sitting/standing/leaning on YELLOW CLIPPED angle fences or tables could cause them to break.”

Is that right for a sport whose very roots are in jumping solid obstacles? Taking nothing away from the excellent winner, the 2021 Olympic Eventing gold medal was decided by mechanics, not horse or rider.

This post has been updated to note that IOC rules prevent athletes from sharing video from the field of play.