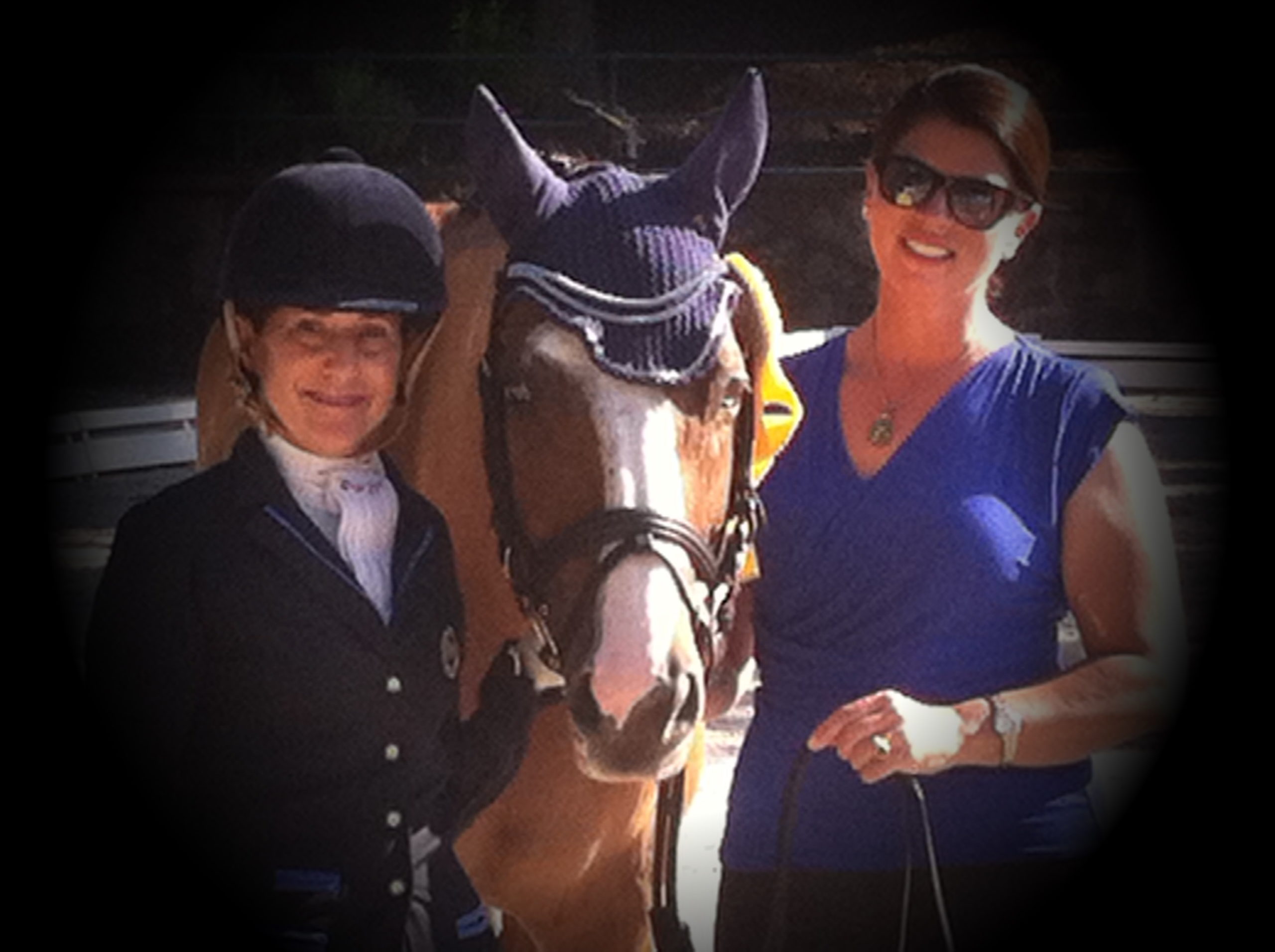 I had been riding “problem horses” in the Middleton Hunt, and we were out hunting. I was in the second flight and my husband Carl was behind me. The horse jumped and flipped, and I hit my head on a rock, injuring the cerebellum, the lower part of my brain in the back of my head. I had a helmet on, and as my neurosurgeon cheerfully put it, I would have died if I hadn’t.

I was out for about 20 minutes and then woke up and sort of thrashed around, eliminating the concern of paralysis. Then the EMTs came and I was taken to the Medical University of South Carolina (MUSC), (incidentally where I worked as a professor), and they put an intracranial pressure monitor in. Apparently, my pressure was “not compatible with life,” but I dodged that bullet too.

I had bilateral cerebellar hematomas, which were removed surgically, and was put in the Intensive Care Unit, (ICU). I was unconscious for several days and in the ICU for ten days before I was transferred to the Neuro floor. There, it became clear I couldn’t swallow. They put in a feeding tube, which I can tell you is not the recommended way to lose weight! You can only get a few cc’s per hour so you don’t choke, and the highest calorie content for the mixture is still very low. I lost 27 pounds in a month—they couldn’t keep me from losing weight.

Eventually the therapist got me to swallow, and then they did graduated swallowing studies where they first give you thick liquid and then you swallow barium of a certain consistency to see where it goes, and it all went to my lungs. After weeks of therapy I finally graduated to semi solid food and was able to get it down my esophagus. I had daily occupational, physical and speech therapy, as well. My husband jokes it was the best time in our marriage because I couldn’t talk for six weeks.

I spent two and a half months in the hospital and had therapy every day while I was there. I finally went home the day after Memorial Day but I continued therapy weekly. We had had a housekeeper in Michigan, whose granddaughter was one of my patients. She was going through a divorce and moved in with us and drove me to therapy since I couldn’t drive on my own until August of 1999, initially only locally and during the daytime. I also had to relearn how to get dressed and walk and talk.

In January, 2000 I went back to work at a greatly reduced salary doing non-operative orthopedic surgery, and finally retired in December 2005 when my husband retired. I couldn’t work fast enough to cover my overhead, including malpractice and my secretary’s salary. Anything that needed surgery, I referred to my two partners.

In 2016, I had another head injury. I was on a school horse who was a Percheron/Morgan cross, so as you can imagine was a big, strong horse. We were sharing the ring with a fractious four-year-old and he left the ring against my will. He was headed for a busy paved road, so I bailed out on a dirt road before we got into traffic and sustained another concussion in the fall. I was conscious and my poor trainer Michelle was screaming for help. Michelle and I were also there when Silva Martin had her head injury, so she’s been through a lot by now!

After that my balance was worse, but I was used to it, so getting worse at that point didn’t really faze me. I can still think normally and talk pretty well, but physically I’m still a bit of a train wreck. I’m much worse on my left side.

In October 1999, I started therapeutic riding. But they finally ‘fired’ me one day in 2001 because I was doing shoulder-in in the ring! I then bought my own horse, which I shared with someone else, and I got back into eventing and competed up to training level again after my head injury, and training for prelim, but I thought, “If you get into a bad situation at Preliminary level, where they have bounces instead of one-strides, you’re not getting out of it.” That’s when I got into para dressage, in 2013.

Para dressage riders are graded based on ability. The only place to get classified in SC is the School for the Deaf and Blind in Spartanburg, about four hours from home. The guy thought I was more capable than I was, and initially misclassified me as a Grade 3 rider. Later, I drove down to Wellington, Florida and got reclassified as a Grade 2; I was fine as a Grade 2 until 2016, but after the second fall I went from bad to worse and was reclassified as Grade 1 because of increased balance problems and weakness.

I think I got a little worse last October when I had surgery for spinal stenosis and two prolapsed discs. The surgery went fine and my surgeon said I needed to behave for six weeks, so I couldn’t get on a horse. After that my balance was worse, so now I can only walk about 50 or 75 feet slowly with a cane, and if I need to go somewhere further, I use a walker. I literally play croquet with it, so it’s fine, and it’s handy that I always have a place to sit down! I also have a scooter that comes in handy for getting around.

Do I like any of this? No. Can I do anything about it? Probably not. I go to the gym six days a week and the pool once a week where I practice walking with a pool noodle wrapped around myself. I used to swim a lot, but I really can’t swim anymore, so I spend a lot of time with my head out of the water. I ride pretty much every day except Sunday.

I went to my first recognized show of the year last weekend. It’s frustrating that I can’t kick well with my left leg so my mare takes advantage. We only scored 66.9%—not terrible, but not great. I’m grateful that I’m still able to ride, but it’s not the same as galloping cross country and jumping. I hope that my story encourages more riders to wear a helmet, because I can tell you that “helmet hair” is nothing compared to life after a traumatic brain injury.

Celebrate International Helmet Awareness Day with Equishopper! Save up to 33% on riding helmets by all of your favorite brands including: One K, Charles Owen, Ovation & Champion! 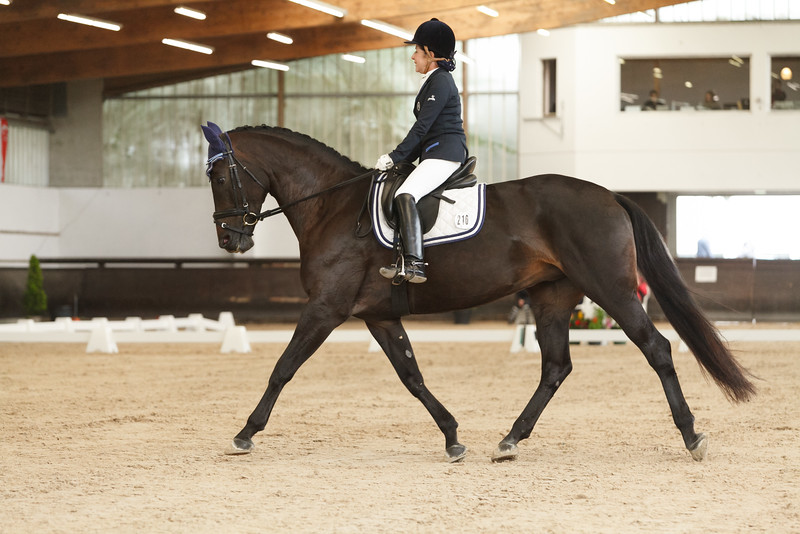