Horses in History: The 14-Year-Old Horse Trainer that Conquered the World 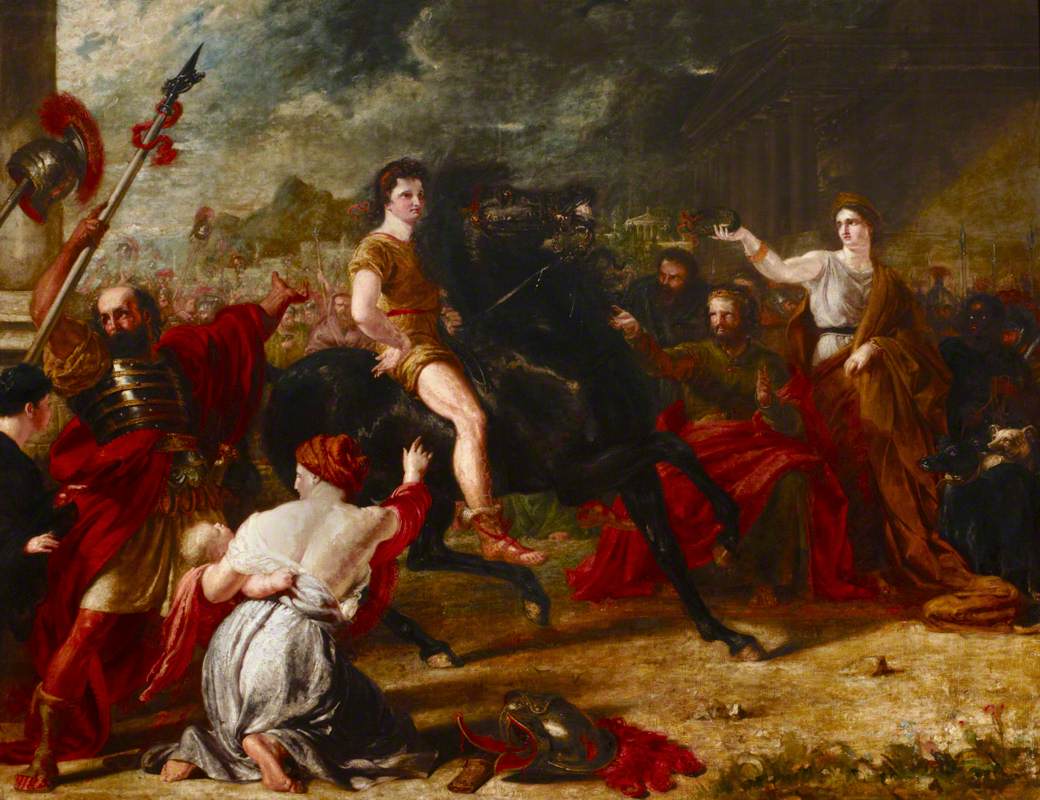 We’ve all seen one of those measurably corny horse girl flicks where the girl defies her father’s wishes and sets out to tame a wild stallion.

The story is an age old trope: one 2,364 years old to be precise. According to historical record, it started in Ancient Greece in 344 BC. Except, the protagonist was a Prince about 14-years of age, and Dad was King Philip of Macedon.

Spoiler Alert: You might’ve already guessed, but our heroic horseman grows up to become Alexander the Great, King of Macedonia and conquerer of the Persian Empire.

Before that though, he was a boy who argued with his dad about wanting to buy a horse. Typical, right?

This is the story according to Plutarch, a Greek biographer, essayist and philosopher who was born 45 ce. The tale was recorded in his most famous work Parallel Lives.

A horse dealer known as Philoneicus the Thessalian presented King Philip with a four-year-old black stallion called Bucephalas. He was larger than the average Macedon horse, strikingly handsome and “spirited.” In essence, it was the sales ad they warn you about that uses an eye-catching photo to distract from the duplicit language regarding temperament.

Philoneicus offered the horse at a price of 13 talents. That might not sound like much, but a greek talent would be equivalent to about $15,600 today. A bit of quick math puts you in the over $200,000 neighborhood for this young horse. Sure, there are some exceptional four-year-olds these days that might catch that price, but not if they have as many vices as Bucephalas.

“They went down into the plain to try the horse, who appeared to be savage and altogether intractable, neither allowing any one to mount him, nor heeding the voice of any of Philip’s attendants, but rearing up against all of them,” Plutarch wrote.

Though a classic case of a horse trial gone awry, this one might still take the top spot. Bucephalas was so unruly that some believed he belonged to the mythological line of man-eating horses from the tale of Hercules—the Mares of Diomedes. The mares wreaked homicidal havoc wherever they went and were only subdued after eating their own king and then the son of Hermes. Gives a whole new meaning to the term “marish,” doesn’t it?

Who knows what was in Bucephalas’ grain bucket, but its easy to imagine his stall plate reading: “No hand feeding. Bites.”

Between the price and the behavior, King Philip told Philoneicus he was obviously not interested and ordered Bucephalas be sent away. Young Alexander, though, was watching from the crowd with his mother Olympias and said: “What a horse they are losing, because, for lack of skill and courage, they cannot manage him!”

King Philip then asked (one might imagine rhetorically): “Dost thou find fault with thine elders in the belief that thou knowest more than they do or art better able to manage a horse?”

Alexander insisted that he could and, with the unyielding confidence of adolescent naivety, he made a wager with his father. If he couldn’t tame Bucephalas, he would pay the price in full himself.

And so amidst laughs from the crowd and his father, he approached Bucephalas, grabbed hold of the reins, and turned the horse towards the sun. Alexander realized that Bucephalas was spooking at his shadow.

Yes, you read that right. The great and powerful (possibly carnivorous) Bucephalas was afraid of his own shadow. Makes you feel a little better about your horse spooking at the flower boxes I bet.

When Bucephalas relaxed and appeared to regain confidence in himself, Alexander mounted.

Plutarch wrote, “Then, with a little pressure of the reins on the bit, and without striking him or tearing his mouth, he held him in hand…he gave him his head, and at last urged him on with sterner tone and thrust of foot.”

If only we could all ride like Alexander the Great, with soft hands and a strong leg like our dressage trainers always plead.

The pair galloped off as King Philip and his company waited with bated breath. When the Alexander returned proud and exalted, the anxiety was expelled as an explosion of cheers.

With tears of joy, King Philip said: “My son, seek thee out a kingdom equal to thyself; Macedonia has not room for thee.”

He did just that. Alexander inherited Macedon when he was 20-years-old and became one of the most successful military commanders of all time. On the back of Bucephalas he was undefeated in battle, building a sprawling empire that stretched from Greece to India. Alexander was said to be the only one ever able to ride him.

Historians argue if Bucephalas died of old age or injuries after The Battle of Hydaspes River in 328 BCE. To honor him, Alexander named him the city of Bucephala, which is thought to be the site of modern city Jhelum, Pakistan.

Moral of the story: with a good horse you can conquer the world.