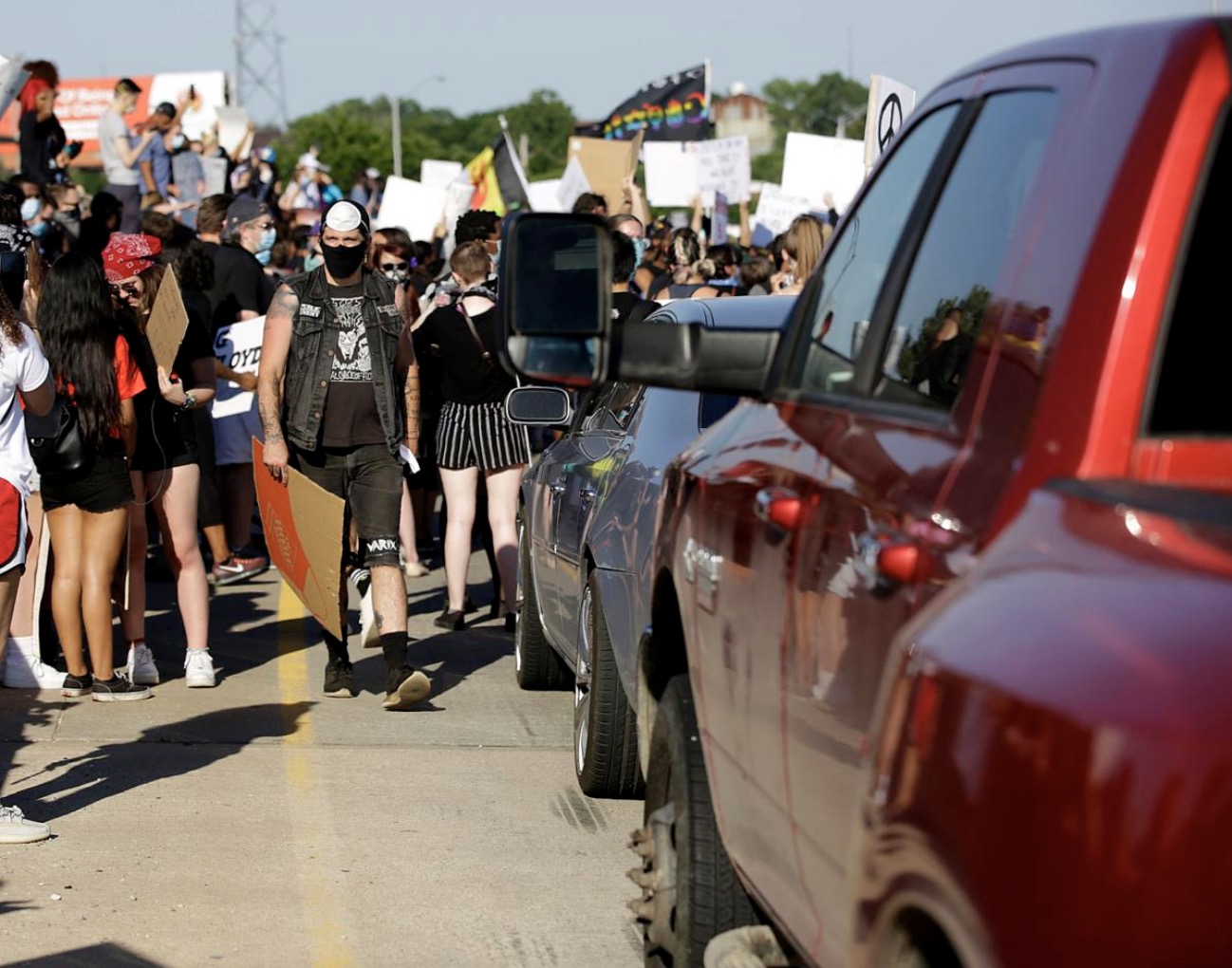 When I first saw the videos from Tulsa, Oklahoma showing a truck and horse trailer driving through a crowd of protestors blocking a highway and getting attacked, my reaction was that of a recently retired equestrian journalist: I wanted answers.

Why was this truck driving through a crowd of protestors? Why were protestors attacking the truck? Were there horses in the trailer the truck was hauling, and if so, were any of them hurt from the incident?

On July 23, nearly two months after the incident, many of these questions were finally answered: Tulsa County District Attorney Stephen Kunzweiler released a memo to the public where he explained why he would not be filing criminal charges against the driver of the truck. In this memo, he states, “There were no horses in the horse trailer, although there have been rampant rumors to the contrary.”

And boy, were those rumors rampant. Social media exploded in the days following the incident with people sharing the video and alleging horses had been burned and killed inside the trailer. Many people sharing the video penned posts in support of the driver, saying they would have done exactly what he did, and what else was he supposed to do when a violent mob blocks the highway and attacks his truck?

As a horse owner who has driven a truck and trailer and as a person who has been to many protests in the past four years, I could feel deeply for both sides this situation.

I know the stress of sitting in traffic on a hot day with a horse stomping around in the trailer, worrying if they’re going to colic or kick something and injure themselves. I know the feeling of just wanting to get where you’re going and get your horse in a stall so he can relax. These were not the concerns going through the driver’s mind as he sat on the highway that day. The police report confirms: there were no animals on his trailer.

He, like a hundred or so other cars, had found himself stuck in traffic from a protest blocking the highway. The reason his truck was the only vehicle attacked that day is because he attempted to drive through the crowd, injuring multiple people and at one point pulling out a handgun. The stampede to get out of his way that followed pushed a man off the overpass, who is now paralyzed as a result.

As a person who’s been to many protests over the past four years, I watched that video and understood acutely how this situation came to unfold.

The atmosphere at protests is often tense. Drawing attention to an issue by taking up public space and loudly advocating for it means you have to be prepared for dissent—and often times the way that dissent is voiced can feel threatening.

I have never personally been at a protest that blocked roads. But even at demonstrations where we are standing on the sidewalks, it is not uncommon for trucks and cars flying opposition flags or brandishing signs out their window to drive through an intersection and rev their engines, squeal their tires or just peel through at a high rate of speed while throwing a crude gesture out the window.

At a recent protest in Madison, Wisconsin, where I’m now living and attending law school, a protestor was hit by a truck doing exactly that. There is a very real fear at these protests—an almost tangible tension in the air—that someone is going to act violently toward you for doing exactly what great protests are designed to do: cause a disruption in someone’s day to day life.

Many people commented on the Tulsa video saying, “I agree with what the protestors are saying, but they shouldn’t be blocking the road, why can’t they do that on the side of the road? I just want to go about my business.”

But that’s precisely the point: the whole purpose of these demonstrations is to grab the attention of people who could otherwise go about their daily lives without thinking about police brutality or systemic racism. To make them pause and hear the grievances of those in their community who don’t have that luxury. Protests are by definition a disruption of the status quo.

And taking part in that disruption can be terrifying. When you’re standing on your own two feet and the person angrily yelling at you is revving their engine, you get scared.

When I’m standing on a street corner at a protest and a car peels by—the rush of air and roar of the engine followed by the smell of burnt rubber and black smoke—I flinch and think of Heather Heyer. Heather was the protestor in Charlottesville, North Carolina who was run over and killed by a white supremacist in 2017.

I think of the truck that drove through a crowd in Nice, France, in 2016, killing over 80 people and wounding hundreds. I think of videos from the protests following George Floyd’s murder, which show semi’s plowing through crowds blocking highways. I think of the late John Lewis, who 60 years ago was blocking a highway in Selma, Alabama, advocating for the same damn thing people are still fighting for today.

If you can watch the videos from Tulsa and understand the fear in the heart of that man in the truck surrounded by an angry crowd, wanting to protect his wife and his children in the backseat, you in fact understand what’s compelling those protestors to stand on the highway.

The depth of love we feel for those we care about and the actions it compels us to take to protect them comes from a deeply human place, perhaps the most human part of us. It’s not an excuse for what this man did when he drove his truck into that crowd. Nor is it one for how that crowd reacted. Looking for things to completely exonerate the behavior of either party in this instance is a futile exercise—perhaps the more worthwhile goal is understanding.

Understanding that the people standing on that highway are there because they would do anything to protect their Black child, their spouse, their sibling, their friend from becoming the next name on the national news, the next in a long list of Black people killed with impunity by a system that has shown time and again it will not protect them.

And in countless ways.

It will kill them for selling loose cigarettes (Eric Garner), for having a busted out tail light (Philando Castile), for sitting on the side of the road waiting for help after their car breaks down (Corey Jones), for dancing on their way home from work (Elijah McClain).

And when the person you care about the most, that you would do anything to protect, is ripped away from you and everyone they cared about, and you cry out to the justice system that this country claims protects and serves all its citizens equally, and you hear silence—I cannot fathom the heartbreak and rage that would consume you.

It makes me think of a poem from an anonymous writer that went viral in the wake of George Floyd’s death:

Activist Kimberly Jones put it even more succinctly: “We should be grateful that what Black people want in this country is redress, and not revenge.”

And so protestors are standing on those street corners, in those parks, on those state capitol steps and yes, sometimes across those highways, demanding redress. You can’t give Breonna Taylor’s mother her child back, you can’t give any of these people their loved ones back. But you can advocate for change to the system that killed them, so that the next person doesn’t have to go through what they went through.

So, if you happen to find yourself sitting in traffic, stopped on a highway blocked by one of these protests, perhaps use that time to stop and think about the people you love and care about. Your children, your parents, your spouses and friends. Think about what you would do to protect them, to ensure they get the chance to live full lives, and realize those people blocking you are thinking about the exact same thing.

Feature image courtesy of MIKE SIMONS/Tulsa World. Read in depth coverage of this incident at TulsaWorld.com. 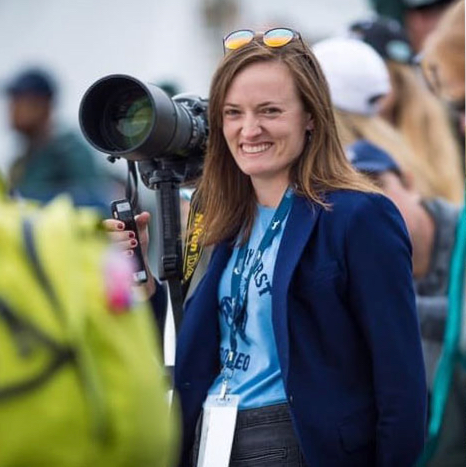 Ann Glavan is a second year law student at the University of Wisconsin who spent five years writing and reporting for The Chronicle of the Horse. Originally from Cedar Rapids, Ia., Ann grew up competing in the hunter ring at A-circuit shows throughout the Midwest on her OTTB, Happy Go Lucky, who she still owns. After graduating from the University of Missouri with a degree in economics in 2015, Ann began working for the Chronicle full time and immediately purchased a two-year-old unbroke Frisian-Thoroughbred cross off a Facebook post, which she hopes people will not hold against Mizzou’s econ department. They gave her all the tools necessary to analyze that financial decision and make a different one, she just didn’t. Luckily “Moji” turned out to be a delightful creature. Seriously people, you only live once—buy the random horse from the internet ad. ©Erin Gilmore