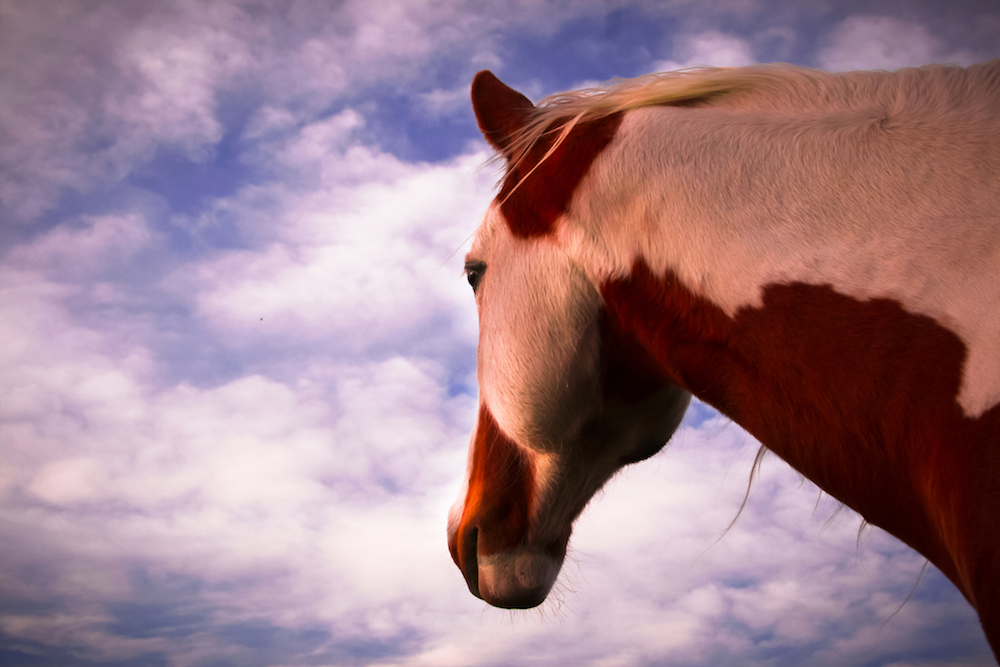 The day the author Harper Lee died my grandmother and I talked about race.

We were on the phone, she in her house in Colorado, me in my apartment in the Chicago neighborhood of Rogers Park. The rest of the conversation has washed through the filter of memory. Still, I remember saying that she had always seemed open.

“You liked my old boyfriend,” I said, referring to a man whose father was from India.

Shock rang through me.

My grandmother was the person who introduced me to my obsession with horses and I had idealized the diversity around her. She admired the black horse trainer she knew, she was kissed on the cheek by the trainers from Peru at Peruvian Paso horse shows, and she had welcomed my parade of my diverse friends into her house without a word otherwise. How could she believe such a thing?

The answer did not lie in her in age, or that she was the child of white farmers outside of Baltimore. It had very little to do with her character or her generosity. Instead, she, like me, like you, like us, had been shaped by white supremacy.

You, dear reader, might have read that sentence and reacted without thinking, like a yearling panicking over a blowing plastic bag. I too freak out inside when I talk about race.

There are essential reasons for our reactions. One is that the topic of race makes many white Americans feel as though their goodness is being questioned. That the privilege afforded by the color of their skin means they haven’t worked hard, struggled or sacrificed to provide for their families, to carve out a life for themselves, to pay for their horses. Black and brown Americans often feel they must engage in the complex task of taking care of those white feelings.

Another reason is popular culture’s definition of the term. We often envision white supremacist as those in the KKK, or as Nazis. These splinter groups are extreme products of this concept, but not its definition.

Instead, white supremacy is a 400-year-old often unspoken caste system here in the United States. It places whiteness as the most dominant and powerful identity an American can have. White supremacy is an organizing principle for the United States’ relationship with colonialism and labor. If being of European descent was the crucial marker of one’s humanity, it was easier to take land away from indigenous people, and then enslave others to work that land for a profit. It was also a handy way for influential European Americans to quell the unrest among disenfranchised, poor whites. The sentiment being it is better to be poor and white than not white at all.

You may be wondering what the heck this has to do with the modern-day, let alone the equine industry. Slavery was abolished in 1865 with the 13th amendment in the constitution, most obvious colonialism ended after World War II, and the civil rights movement of the 1960s brought many racial reforms. Nevertheless, understanding the role of white supremacy today is crucial because its social and economic frameworks still inform every facet of our daily lives, including our experience with horses.

Equestrian spaces in America are predominantly white spaces. This is not because there is a “whites only” sign on the front gate or because equestrians are inherently bad people. Instead, it boils down to our access to resources. Most of the land, wealth, safety, and representation in this country is granted to upper- and middle-class white Americans because of decades of deeply ingrained inequality in our culture. And evidence of it is easy to spot in our stables. Horses are not only expensive, but they require a lot of space: where we live and what we do for work often determines our access to them.

There is also the complication of racial representation and biases. The United States is home to many nuanced and racially diverse equestrians and equestrian events—Mexican and black rodeos, pony express races, and Indian Relays, among them. These participants are seldom represented in horse-related media because, both consciously and unconsciously, white supremacy has trained us that those who own horses, wear riding clothes, and pay vet bills are white.

Lastly, it is essential to understand the role of violence in white supremacy. The threat or actuality of bodily harm or death has been used to uphold the white-dominated system since its inception—and continues to. George Floyd is but the most recent case to bring that reality into sharp relief.

But the lingering threat of it exists even on horseback. Personal safety is a crucial factor when I ride horses. If I ride down the road here in the USA, with my white skin and red hair, I may be nervous about the horse spooking at a leaf and leaving me with a broken bone on the side of the road. I never have to worry about someone thinking I stole the animal or question why I am near their private property.

My grandmother’s complicity in white supremacy does not make her less essential to my education as a horsewoman. In fact, it helped me define it.

Along with teaching me to lean back in the saddle when riding down a mountainside, she gave me my introduction into how to navigate a passion and an industry full of contradictions. I have failed at talking about race many times, I have also benefited from my racial identity. If we do not call white supremacy by its name, it will continue to leak its poison into our barns, our horse shows, and our way of life.

As civil unrest and protests due to racial disparity rage around the country, it is easy to feel the cold grip of despair. Hope, though, still clops towards us and whinnies in the dark.

The world, even the horse world, is starting to crack open and slowly dismantle the inequalities brought on by white supremacy. My Alma Mater, Colorado State University, complete with its rodeo team, agricultural department, and equine science program, shared a post on Instagram that said, “Black Rams Matter.” Many of my equestrian friends from around the country have added their voices to the protests, sharing inspiring moments where protesters and police have peacefully come together for the shared cause of equality. Brianna Noble, a cowgirl from Oakland, even rode her horse Dapper Dan through the streets alongside the marches.

Horses have always been symbols of power and as Noble demonstrated they can transform into one of empowerment, too. But to do so we must stay awake, and we must refuse to go back to sleep.

Authors note: White supremacy and institutional racism is a much bigger concept than I can fit in 1,000 words. If you were intrigued by this essay, here are a few books to help you read further.