Woman Has Not Been Seen for Six Months, Claimed She Was Just “Popping by the Barn”

Home > Blog > Satire > Woman Has Not Been Seen for Six Months, Claimed She Was Just “Popping by the Barn” 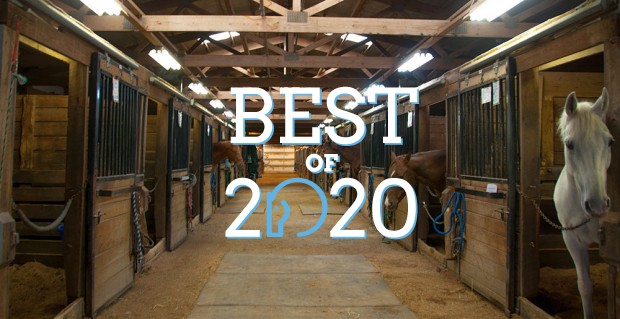 Six months after saying she was just “popping by the barn for a quick ride,” a Florida woman has yet to return home, her family is reporting.

Karen Laytagan was last seen by her husband and two teenage sons as she left their Ocala home on the afternoon of December 20 to ride her dressage horse. She had promised her family she would be home by dinner.

At 6:30 that evening, her husband Doug Laytagan grilled steaks for everyone, including Karen. “I usually make dinner and leave her a plate, she never makes it back from the barn in time to eat with us,” he said.

The next day, when Karen still had not returned home, Doug said he wasn’t that concerned, in fact, he happily ate her steak for lunch. “Whatever she does with her horse takes time. She’s told me many times she can’t be rushed. I’ve just accepted it now,” he said, shrugging.

When 48 hours had passed and their sons started asking about their mother, Doug said he called Karen to make sure she was OK.

“She seemed annoyed that I’d called,” he said. “She told me she was ‘just finishing up’ and would be home shortly.”

“She said she was just sorting and cleaning all her bits. She promised she’d be home in time to open gifts on Christmas morning,” he said.

Karen didn’t arrive for Christmas, but found some time to call and wish her family well from the barn. “She said her horse needed a bath and she couldn’t leave until he got one,” said Doug.

Over the last six months, Doug and his sons have heard from Karen every few days. Each time she says she’s “almost done” and “will be home shortly.”

They continue to hold out hope that she will finish all the things she has to do at the barn sometime in the next few months.

“I knew horses took up a lot of her time when I married her,” said Doug. “I just want to see my wife and I know my sons want to see their mother.

“We’re hoping she finishes whatever it is that horse people do in time for the fourth of July so we can spend some time together as a family.”