Stirring Films for Stir-Crazy Kids (and their Parents!), Part 2 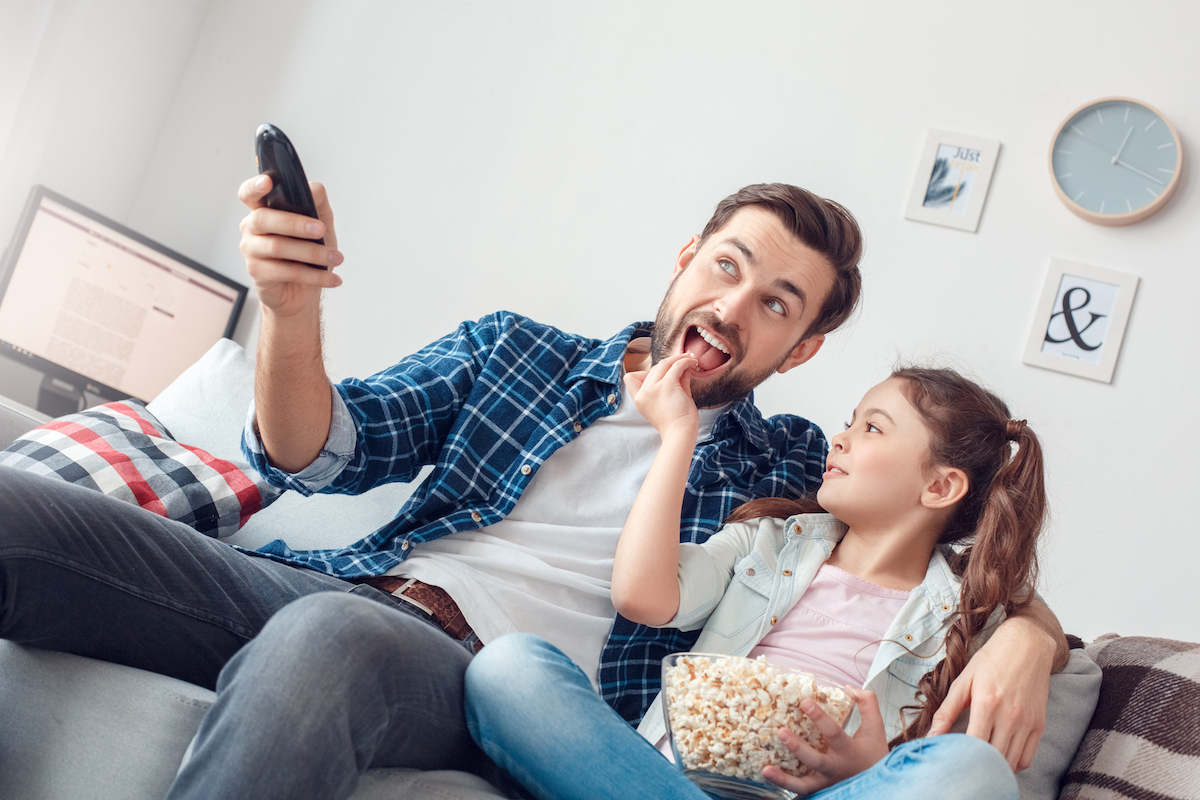 Let’s unsaddle for a while and take a look at some films and documentaries (no, they aren’t boring!) you might have missed that feature a few of their furry friends.

But don’t worry, we’ll be back in the saddle before we get to the finish line.

…A BIT OUTSIDE THE BARN

Dogs, cats and other critters are a frequent presence in every horse barn. These films all are perfect for young horse lovers and their furry friends.

10 Promises to My Dog

10 Promises to My Dog is the story of a young Japanese girl, Akari Saito, and the puppy she finds and adopts. On the advice of her mom, she names the dog “Socks.” Her mom then cautions Akari of the 10 promises she must make to her new friend.

The film follows the story of the pair and Akari’s family as they grow up together and support each other through life’s phases. Akari and Socks mature together, then part as Akari goes off to school and follows in her father’s footsteps to become a veterinarian.

Akari and her lifelong friend will be rejoined later. Now a young woman, Akari will be reminded of the final promise she made to Socks as a young girl.

If this film does not alternately bring tears of joy and sorrow to your eyes, you are in serious need of a heart transplant.

Based on a best-selling book of the same name, A Street Cat Named Bob is the story of a London homeless man and recovering heroin addict, James Bowen (Luke Treadaway).

With the help of his friend Val, James is enrolled in a methadone program to overcome his addiction. Assigned a flat, he finds a cat has wandered in and is rifling through his food. James tries to return the cat to the people he believes are his owners but the cat returns, this time with an infected wound on his leg.

With the help of a neighbor, James locates a local charity to help with the cat’s injury. But he misses his mandatory counseling appointment with Val as a result. After explaining the situation, Val forgives James with a warning.

James again sets the cat he has now named “Bob” free after having him neutered. But the cat persists in following him into town where James makes a few pounds busking.

The cat becomes an attraction, and a source of more donations to James from passersby. In need of more money, James visits the offices of a magazine, The Big Issue, and is given a job selling the magazine.

The happy ending will have to come later. James gets into a row with another seller who accuses him of poaching his territory and he loses his job for a month. A woman seeking to buy Bob from James causes a commotion and Bob escapes in the fray.

James will flirt with a relapse, but Bob will finally return. Ready to come off his treatment, James will undergo withdrawal, but emerge clean and sober.

At the encouragement of Mary, a journalist, James is encouraged to write a book about him and Bob and his ordeal.

The Japanese are often thought to be a sober and serious people and that can be true. But there also is a flip side to that coin, as one will see in 10 Promises to My Dog and in this film.

Hachi is the retelling with a U.S. setting of the true story of Hachiko, a real-life Akita dog and one of the most beloved pets in all of Japanese history because of the loyalty he showed to his master, played in this retelling of the story by Richard Gere.

Directed by Oscar-nominated Lasse Hallstrom (The Cider House Rules, 2000), Gere is Parker Wilson, a university professor who discovers a lost abandoned Akita puppy on his way home from work one day. He overcomes the initial objections of his wife, Cate (Joan Allen), and keeps the puppy that grows into a loyal friend, accompanying him to the train station where he leaves for work each day, arriving there at day’s end to greet him on his return.

The true story of Hachiko has been immortalized with a bronze statue that stands outside the Shibuya train station in Tokyo where thousands flock each year to have their photo taken with Japan’s most famous reminder of the loyalty and love of a dog for its owner. Recently, a second statue of Hachiko and his real-life professor friend was unveiled.

DOCS THAT ROCK FOR THE KIDS

How about a 13-year old Kazakh who defies 12 generations of family tradition to become the first girl in her family to train and hunt with majestic Golden Eagles?

(Ok, so you’re unlikely to find a Golden Eagle in a horse barn, but you will find young girls wanting to become jockeys and trainers and owners in what is largely a male-dominated profession. So…)

This is the true story of Aishol-pan (Moon-Venus in English), a 13-year-old girl who, with the help and encouragement of her father, takes up traditional eagle hunting. Largely a sport now, hunting with Golden Eagles in Mongolia and throughout Central Asia long had been a way to procure food as well as the fur used for making warm garments to endure the winter in those cold places.

This is an uplifting (literally!) true story.

FOR THE HARDCORE RACING FAN:

What happens when a bunch of pub crawlers in a dreary Welsh mining town decide to pool their meager resources to breed and race a steeplechase horse?

Not to be confused with similarly titled feature The Dark Horse, this documentary was chosen the Audience Favorite when it premiered at the 2015 Sundance Film Festival. The film was subsequently shown on EQUUS Film Channel and Sundance Channel.

Dark Horse is the true story of a group of bar patrons who come together to form Dream Alliance, foal and raise a commonly bred racehorse of the same name, hire a trainer and experience the thrill of seeing their dream become reality in the punishing four-plus-miles-plus-30-fences Grand National at Aintree Racecourse near Liverpool.

Listening to the interviews and watching the hoi polloi mix with the racing smart set is great fun.

Winner of the British Independent Film Award for Best British Documentary, the film has no professional actors. Dark Horse is an inspiring real-life look at a moment when ordinary people create something extraordinary.

The First Saturday in May

With this year’s Kentucky Derby postponed until September, racing fans may want to recreate their own Kentucky Derby on May 2 by screening The First Saturday in May.

Whether following political races or sporting events, documentarians cross their fingers and hope they will have teamed up with a winner.

Written and directed by Brad and John Hennegan, the film follows six trainers and their horses on the 2006 Kentucky Derby Trail. The trainers include some of the most famous conditioners in Thoroughbred racing: Dale Romans, Kiaran McLaughlin, and Olympic equestrian-turned-trainer Michael Matz are among them.

The 96-minute film never earned much at the box office, only $124,000, but it won the accolades of  critics and a place in the hearts of racing fans because of one of its stars.

Finally, a series the real racing lover won’t have to be encouraged to binge.

As with prize-fighting, there has always been the sneaking suspicion that more is involved in horseracing success than a great horse. Hence the ironic title of this 2012 HBO series, which examines the intersection of horseracing, gambling and the underworld.

The series was created by David Milch (Deadwood), with a pilot directed by Michael Mann (Miami Vice), so you can be sure there is nothing for the kids in this one. But it is riveting television, filmed on location at Santa Anita Park.

There is some great acting and some authentic track and barn footage throughout the series. In addition to Hoffman, there is Dennis Farina as Bernstein’s long-time “driver” Gus Demitriou; Nick Nolte as Walter “Old Man” Smith, who latches on to a Big Horse in the twilight of his career; John Ortiz as Mexican trainer Turo Escalante, who has clawed up through the ranks; Jill Hennessy as track veterinarian Jo Carter and a host of other character actors of note playing smaller continuing roles.

Also of note are the real-life horse people. Gary Stevens portrays down-and-out jockey-turned-agent Ronnie Jenkins, who famously remarks to a distraught young rider after his horse breaks down and is euthanized on the track in the series pilot “You never get over it. That’s why they make Jim Beam.” Canadian jockey and model Chantal Sutherland portrays an exercise rider.

The series aired for only one season. Though it was renewed for a second season, three horses broke down during the filming of the renewal, prompting animal right’s protests and calls for the series cancellation. HBO obliged, though it is still available via streaming on HBO and on dvd.

Luck is not for everyone. There are very few good guys here. But if you’re a fan of horseracing, the behind-the-scenes scenes ring authentic and will remind you why you are a fan. If you already dislike horseracing for whatever reason, the series will intensify your dislike.

Luck is a hard look at something that can be hard to look at.

That’s all for now.

Remember, when you’re done with all our recommendations, visit EQUUS Film Channel for even more great horse films!