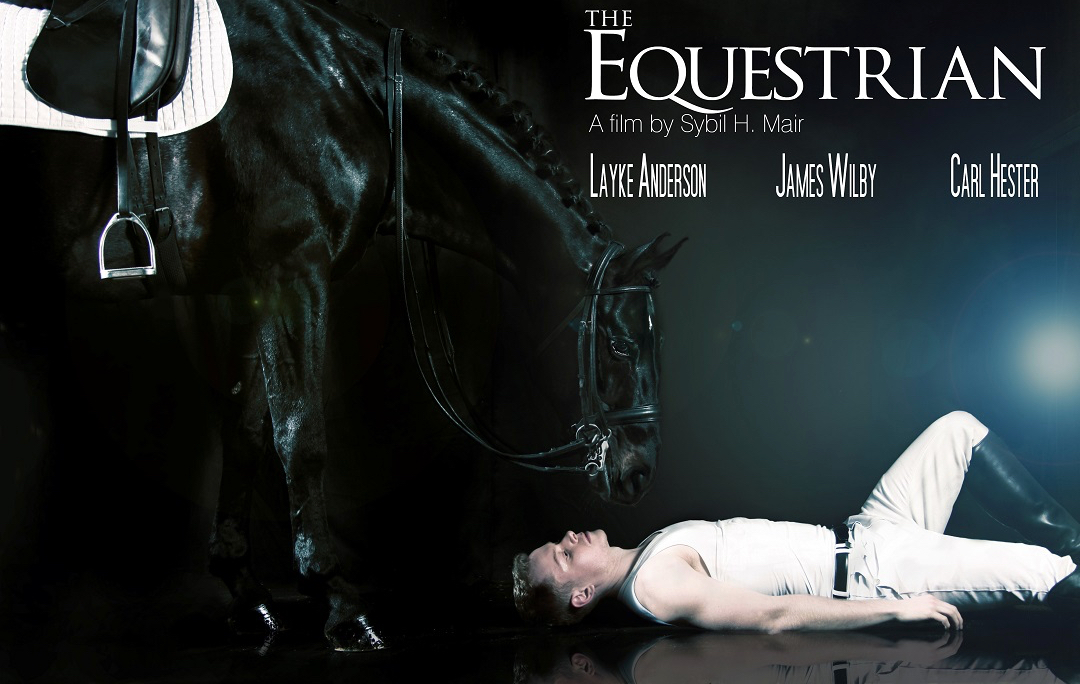 Yet, as this short, sometimes experimental film unfolds, it reveals layers of equestrian gems.

The 26-minute film tells the story of Freddie Foster, an up-and-coming Grand Prix Dressage rider and his horse, Gaius. Freddie’s father was once a great dressage rider himself, but gives it all up after he is injured in a car accident. In the brief and strained scene between Freddie and his dad, it is clear that they lack the connection that Freddie is longing for.

Nevertheless, Freddie proves to be a dressage-ring contender in his own right. Flashes of ribbons and panning shots of framed articles on his dressage career figure early in the film. We do not see much of the big competition that drives the plot forward, nor do we see Freddie’s test, but when the film cuts to a press conference, we know that he has lost.

Just like the sport of dressage, The Equestrian is a film that rewards those who pay attention and know what they are looking at. Viewers will notice that Carl Hester has beaten Freddie. Freddie Foster is a fictional character.  Hester, a real life Olympic medalist who took home team gold medal for Great Britain at the London 2012 Games and team silver at Rio 2016.

The Equestrian came out in 2012. It was Sybil H Mair’s second film and her first about horses. In 2017, she produced another horseman-inspired film called The Adventures of Selika.

Mair herself is horse mad and it shows clearly in the camera work. Many of the frames focus on delicate details of rider and horse. Often Mair chooses to show only parts of the animal during a dressage movement, such as piaffe, where we only see the horse below the knee, or a canter where all we see is the foam from the horse’s mouth.

While Freddie is the focus of the film’s narrative, the horse that plays Gaius is a prominent supporting cast member. The handsome Swedish Warmblood (named Sandro’s Dancer) is one of those horses seemingly made for the camera and it is clear the stallion has the chops to “play” a Grand Prix horse. Sandro’s Dancer is a pleasure to watch. Even though slow-motion horse footage is often cliché; the use of it in The Equestrian feels closer to music.

The Equestrian also captures the psychological aspect of dressage. It is a sport that requires precision and critical thinking. It is easy to get lost in one’s head. It is clear as Freddie disintegrates that he lost track of why he trains dressage in the first place.

The core of the film is what happens to Freddie after he loses. While this ending isn’t perfectly clear, or tidy, it has a maturity to it. It is as if Freddie accepts the hard fact we must learn as adults—that life itself isn’t a slog to a happy ending, but a journey best celebrated. One, Freddie realizes, that is better with horses in it.

Watch The Equestrian on EQUUS Film Channel, your All Access Pass to the best horse films on the Web!

Horse Films to Fill Up Your Passport