Horse of Kings: A Film of Spanish Escapism

Home > Blog > Books and Film > Horse of Kings: A Film of Spanish Escapism 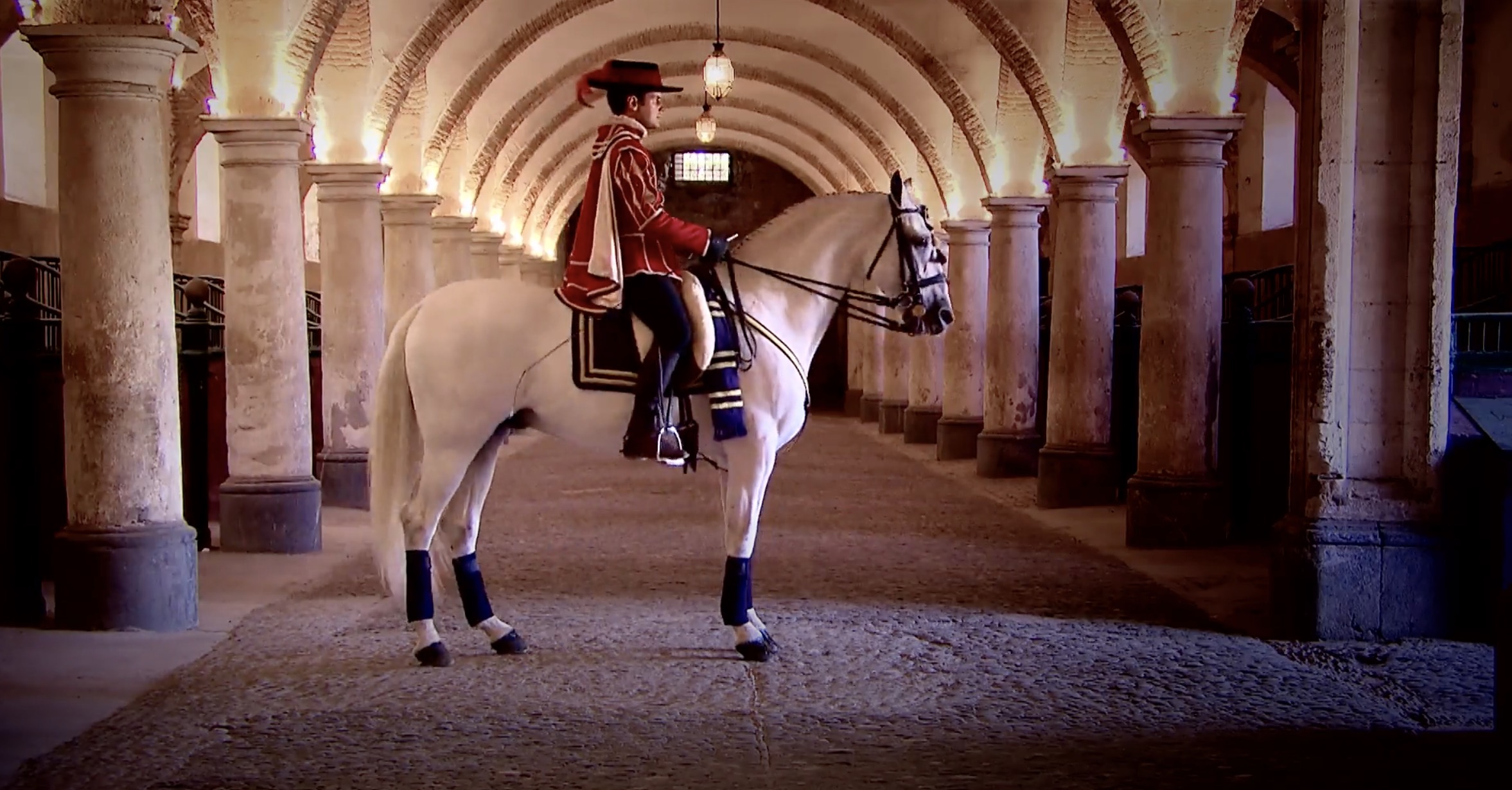 If there were horses born for a life in front of the camera, it would be the horses of Spain.

Andalusians, Lusitanos, and others that hail from this peninsula country dance on our screens both large and small with absurd regularity. Kings and Queens ride them in Game of Thrones, and superheroes ride them in Wonder Woman. As for me, I always chuckle when a character in this film or that TV show randomly pulls a perfectly proportioned Andalusian out of some schmuck farmer’s stable and uses it as a get-away horse.

Who could blame producers for using them? Their thick, cresty necks, expressive black eyes, flowing manes, and short backs consistently steal the show, in a way other horse simply can’t.

Dutch filmmaker, Mario Dirkx, is one of those in the film industry to fall under the spell of the Spanish Horse. Inspired by his own pair of Carthusian stallions, he traveled to Spain to make a documentary about the breed.

The film titled Horse of Kings: Thief of Hearts uses the Carthusian-Andalusian or Carthujano horses as its entry point. Scenes of a Spanish monk scrawling with a quill and ink spliced together with images of Drirkx’s own grey stallions prancing through the Snow. Carthujanos are not a breed to themselves, but rather a branch of the Andalusian breed carefully developed by an exclusive group of Catholic monks. They have one of the oldest stud books in the world and are also considered the purest bloodline in the breed.

From that first prancing horse, the viewer is then taken on a whirlwind trip through both time and space to discover both the history and the current influence of the Spanish Horse, spanning from ancient warhorse to modern-day dressage champions.

To make Horse of Kings, Dirkx had wide-ranging access to individuals crucial to the breed today. Breeders, trainers, historians, and hacienda owners all add their two cents about the Spanish Horse. These include a former member of the famous Spanish Riding School in Vienna, who rides into her frame side-saddle on a stunning grey horse, and a selection of bullfighters whose quiet positions in the saddle are as graceful and subtle as the movements they ask their horses to perform.

The landscapes and architecture of Spain are also a quintessential part of Horse of Kings, and the scenery is as made for the camera as the horses. Sun-drenched pastures, intricately facade monasteries, sun-bleached cobblestone streets are just a few of the utterly fabulous settings throughout the film, and Dirk’s is unafraid to show them off too. Often each location is glamorously shot from a variety of different angles, giving each landscape or building a luminous depth.

While Horse of Kings is great for a night of pleasurable escapism, it lacked clarity in some places. After watching the film, I had to look up the distinction between a Carthujano and the other Spanish Horses. I also wondered about some of the nuts and bolts of the breed, such as genetics, common health conditions and injuries, and why most of them are grey.

It was also more of a love note than a history lesson. The film notes how the Spanish horse influenced a wide variety of horse breeds, but could have leaned into this idea more. The Spanish horse is crucial to the horses of the new world too. We can see the influence in Peruvian Horses, Mustangs and a many other breeds, yet the film skips this entirely.

It also mentions that Andalusians were War Horses, but only briefly mentions those who rode them and not the wars they fought in. It was hard not to watch and wonder how the Carthujano faired during the World Wars when a large part of Europe’s horse population was decimated? Or how the breed is fairing after the 2008 recession that crippled the Spanish economy?

Unanswered questions aside, the film is a beautiful way to spend 90 minutes. It is a tiny vacation to a horse-filled world, that many can only dream of, and for that, it’s worth a watch.

Watch Horse of Kings: “Thief of Hearts” on EQUUS Film Channel, your All Access Pass to the best horse films on the Web!