Robert Ridland on Preparing for the Riders Masters Cup 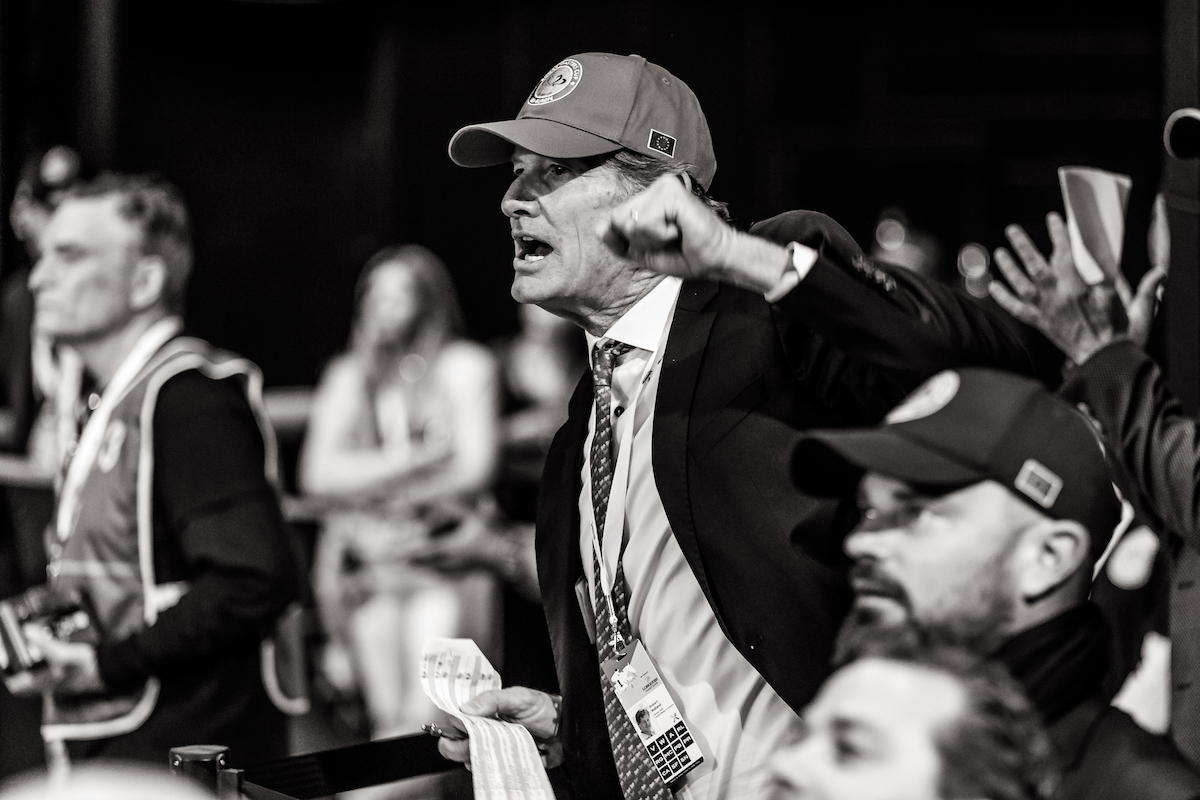 Since 2013, he’s led the Americans to the medals at every Pan American Games, World Equestrian Games and Olympics, not to mention three FEI World Cup™ Final titles.

But a team title in the Riders Masters Cup, one of two signature classes in the Longines Masters Series, has eluded his storied career.

Modelled after golf’s Ryder Cup, the transatlantic team challenge pits Europe against the USA in a heavyweight battle for show jumping dominance. For the past three years, Europe has reigned supreme.

Which horse and rider combinations from abroad they’ll be up against remains to be seen. Rival chef d’equipe Philippe Guerdat has yet to announce who will compete for Riders Europe, which according to this Jump Media interview, might be just be part of his masterplan to undermine Ridland’s strategizing efforts all along…

Jump Media: Have you been a fan of the Riders Masters Cup from the beginning?

Robert Ridland: Yes. I liked Riders Masters Cup from the beginning because it prioritized a speed event in an unusual format. The speed format is an underutilized aspect of our sport. In almost every championship level, speed is not generally a big factor—although in the World Equestrian Games jump-off for the team gold medal last year, it was a factor! That was unusual though.

From a spectator point of view and promotion of our sport, it’s great to have a speed event, particularly one that is unusual with the team aspect. It’s great for the sport. That’s what I appreciate the most about the competition. It’s been exciting every time we’ve had it, and the crowd has been given a pretty good taste of our sport.

The Riders Masters Cup was clearly the highlight of the show last year in New York. The crowd was up for it, and it was a tremendous match. We are looking forward to a great event again this year. We can’t promise a different result, but we will sure try!

JM: How did you decide your team and why did you name your final team early?

RR: It’s been a great competition all three times for the Riders Masters Cup, coming down to the last pairing. We were in a pretty good position last year in New York and the Europeans came through, but it’s been a terrific competition. We are hoping to turn the tide this year.

We have a good team on paper with veterans McLain Ward and Beezie Madden, and Devin Ryan who competed on the first team in Paris. Laura Chapot is our ace in the hole. She is one of the fastest riders around and is a huge addition to our team. Lillie Keenan of course is a great asset, as well as our U25 representative. I think we’ve got a great shot, but we will see.

These are my starters. I’m confident that we have a good team and from their point of view for preparation, it’s important that the riders know as far as possible in advance to figure out how the schedule is going to work for them and their horses.

JM: What is some of the strategy you will use this year in New York for victory?

RR: You react to what has happened in the first round. There hasn’t been a formula. In Paris at the very first Riders Masters Cup, I had Devin Ryan go first against their top speed rider Kevin Staut, and Devin had an equipment malfunction. I was pretty confident that would be a good pairing. But then, Devin came out on fire in the second round there and won.

Generally in Nations Cups, and it’s not all that different in this type of format, we usually like to lay down a pretty good trip first, usually with one of the veterans. It’s more reactive to what happened in the first round than anything else. It makes a big difference if you’re behind going into the second round. You can’t lose much in the beginning or it’s over. If you have a comfortable lead going into the second round, you would probably want to stack the deck on the back end with the last riders.

I have seen all of the horses that the U.S. riders have bringing. I don’t know the European horses yet or their final team, so that will be crucial to know. That’s a factor when you’re strategizing the match-ups.

Watch the Riders Masters Cup and all the action from the Longines Masters of New York live on EEM.TV and daily on CBS Sports.