Karl Cook is SplitRocking Our World 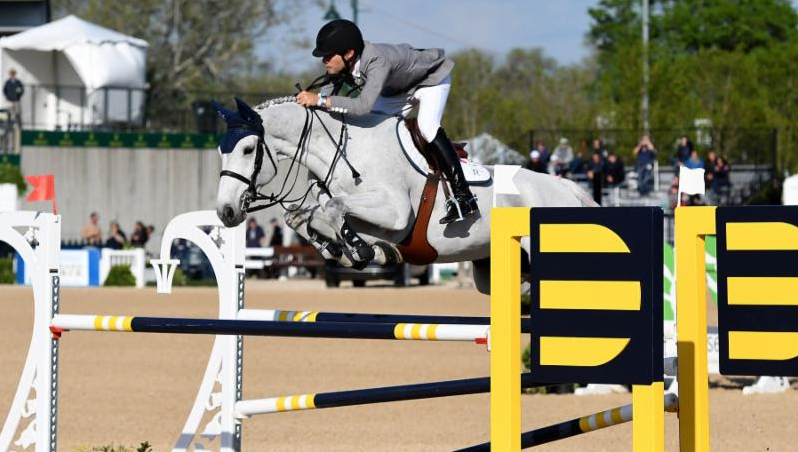 Early in the starting order, earliest in the results.

Karl Cook and 12-year-old Holsteiner gelding Caillou 24 proved that even in show jumping, where the final spot is the most favorable, the early bird can get still catch the worm (or the win).

Despite initial concerns that the 64.7 second time wasn’t short enough to secure top spot, Cook remained uncontested in the $36,000 Welcome Speed Cup at the Kentucky Invitational 3*.

“(I didn’t think my time) would hold up, and I didn’t want to be too excited, to be honest, because it would be weird to be super excited and then have the next person beat me, but I just went as fast as I could. We were clear and I was happy,” Cook said.

But speed wasn’t the only thing on his side. Or, his tie.

Cook wore a lucky silver tie emblazoned with the face of wife Kaley Cuoco’s new puppy, Blueberry. With motivation so cute there will certainly be more #bluesforblueberry in Cook’s future.

But then again, maybe it was just an excellently executed round that won him the Welcome.

Ireland took the other two podium spots. Conor Swail clocked in 65.68 aboard GK Coco Chanel and Kevin Babington followed in third with Shorapur in 66.02 seconds.