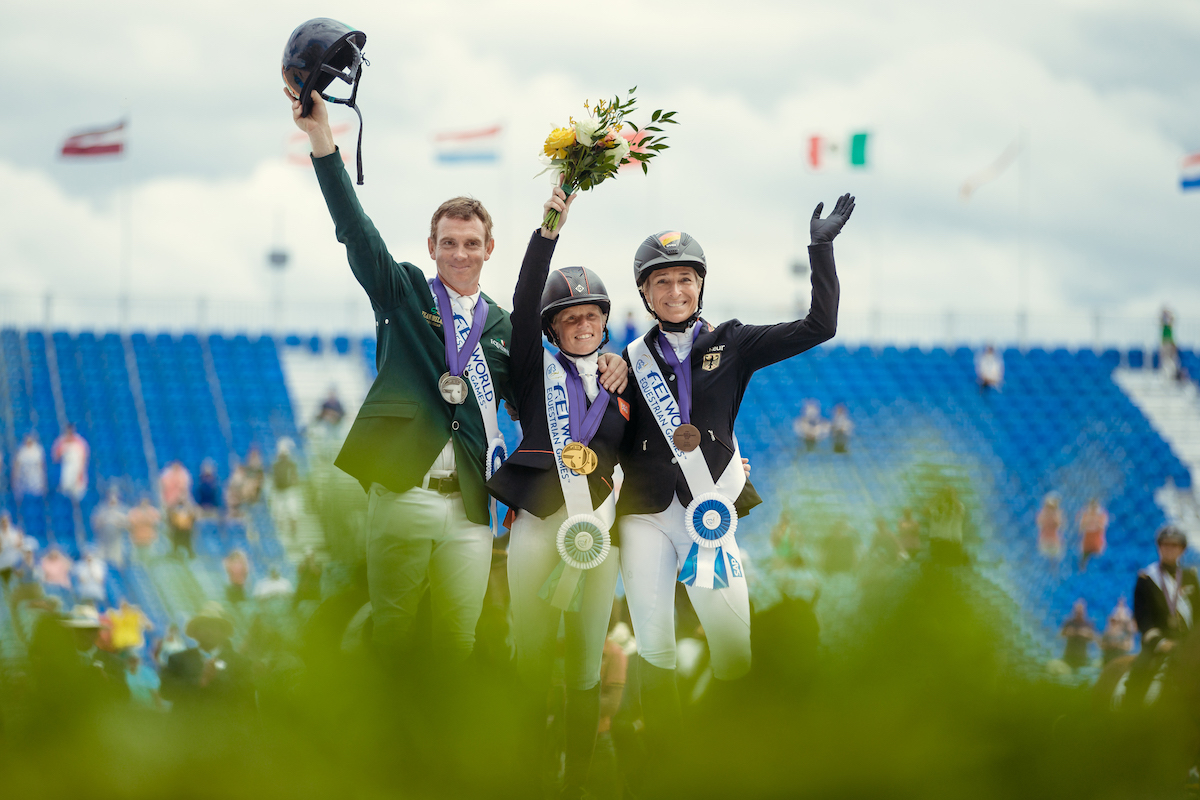 They have names fit for fictional Disney characters, but the fairytale ending is 100% real.

Rosalind Canter (GBR) and Allstar B led the British eventing team to glory and themselves to the top of the individual podium at the FEI World Equestrian Games™ (WEG) in Tryon, NC on Monday, claiming double gold medals for Britain for the first time in WEG history. 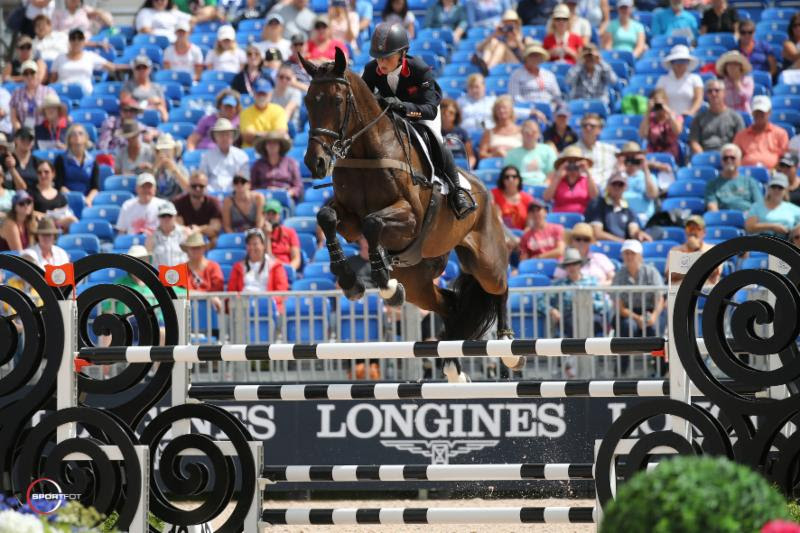 Last to ride for Britain in the jumping phase, Canter and her 13-year-old gelding had a rail in hand to secure the team win. And they delivered. Posting an immaculate clear, Canter crossed the timers knowing she had clinched team gold for Great Britain. 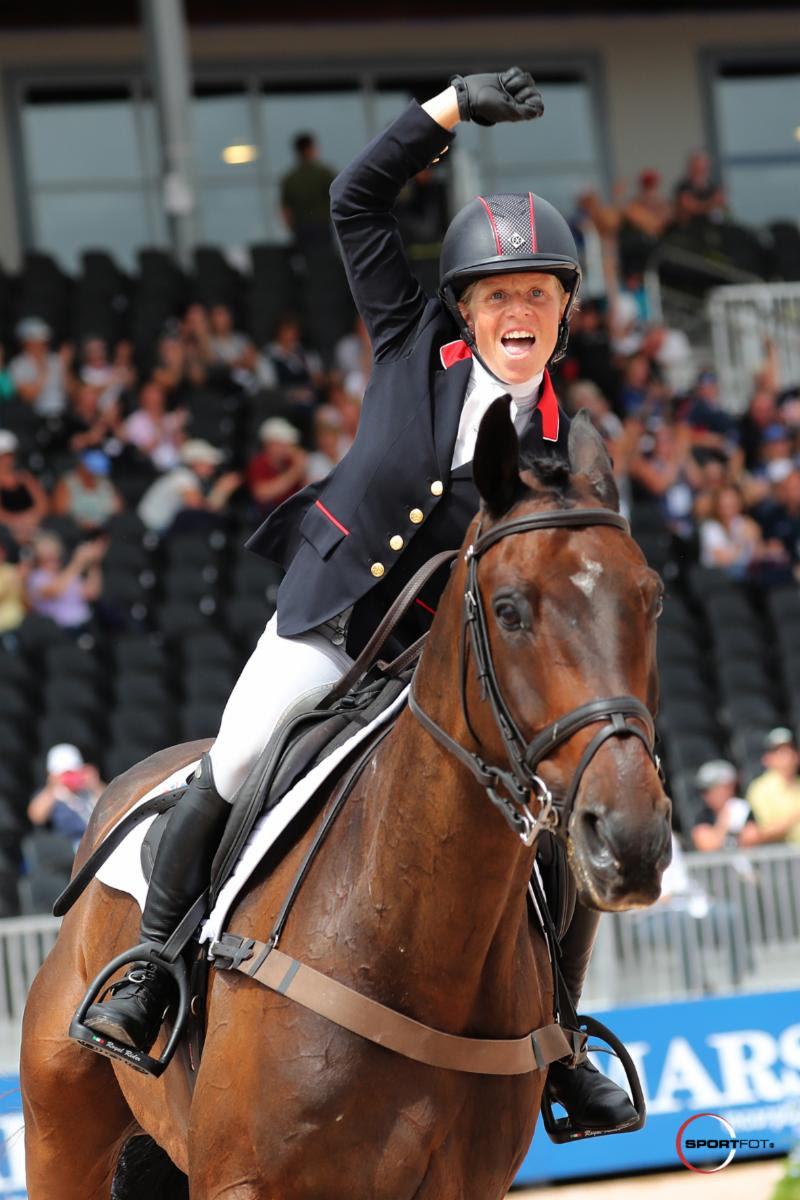 Ireland was relegated to silver, their first major championship medal in eventing in more than 20 years. France took the team bronze.

“This is huge for us,” said Irish chef d’equipe Sally Corscadden, “We are making history today. I had belief that we could be competitive here, and we just stuck to our goal.”

The individual medal was decided one round later.

But a rail at the final fence sealed their fates. Klimke dropped to third, handing the gold medal to Canter.

“Allstar B was absolutely amazing. He was an absolute hero,” said the British rider.

“I had an amazing experience in there. I kept saying to myself just let him do his job and I am so proud. He is just phenomenal. There were quite a few tears when I found out, which isn’t normal for me. It’s just incredible for me and the whole support team behind Team Great Britain. It’s just the most incredible feeling, and a very surreal day.”