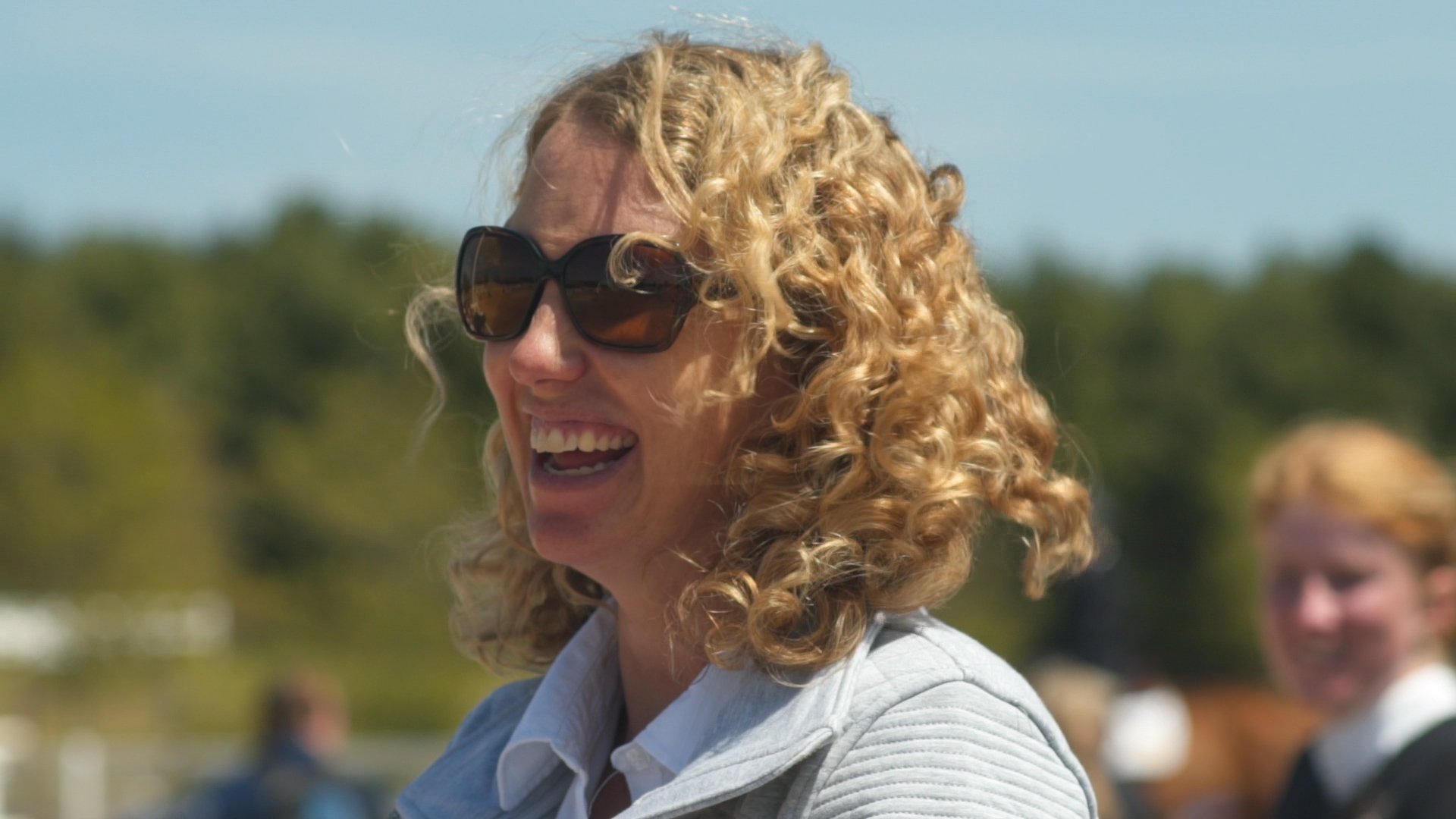 In 2016, Amy Millar was part of the four member team to jump off against the Germans for a podium finish at the Rio Olympics. (Canada finished fourth.) In 2017, she won the Canadian National Championship. And in 2018, she was on the road to the World Equestrian Games when a nine month detour took her off course. Amy Millar shares how her best laid plans went astray in the best possible way. As told to Carley Sparks. Brought to you by Asmar Equestrian and the #AsmarWEGchallenge.

And I had two-part strategy to make it happen.

Goal one was to build a strong group of horses, which I have successfully done. I have three really nice horses right now that I believe can all compete at the highest level of our sport. Two are nine years old and are still developing and I have my Olympic partner, Heros, and he’s going fantastic.

Or unplanned, you could say.

A month after I won the Canadian Championship last November I found out that I was expecting, which is very exciting! It just wasn’t something we thought was in the cards for our family.

Being a mother is the most important thing that I have done in my life.

I always wanted to have second child. After I had my daughter Lily, it took me a while to be ready for another baby because taking that time off my sport and what I love so much was hard for me. All I wanted to do was ride. It was a few years before I was ready to try again.

Then my husband and I had some problems and we didn’t think it was going to happen. So, last year, I gave away all my baby stuff and I made my plans with my horses and then…

But the best surprise in the world. We could not be happier. (Except Lily. She’s not entirely sure about having a baby brother yet.)

Being a mother is the most important thing that I have done in my life. It changes the way you think about everything. It puts life in perspective. My daughter is turning eight and she is just my favorite person in the whole entire world. 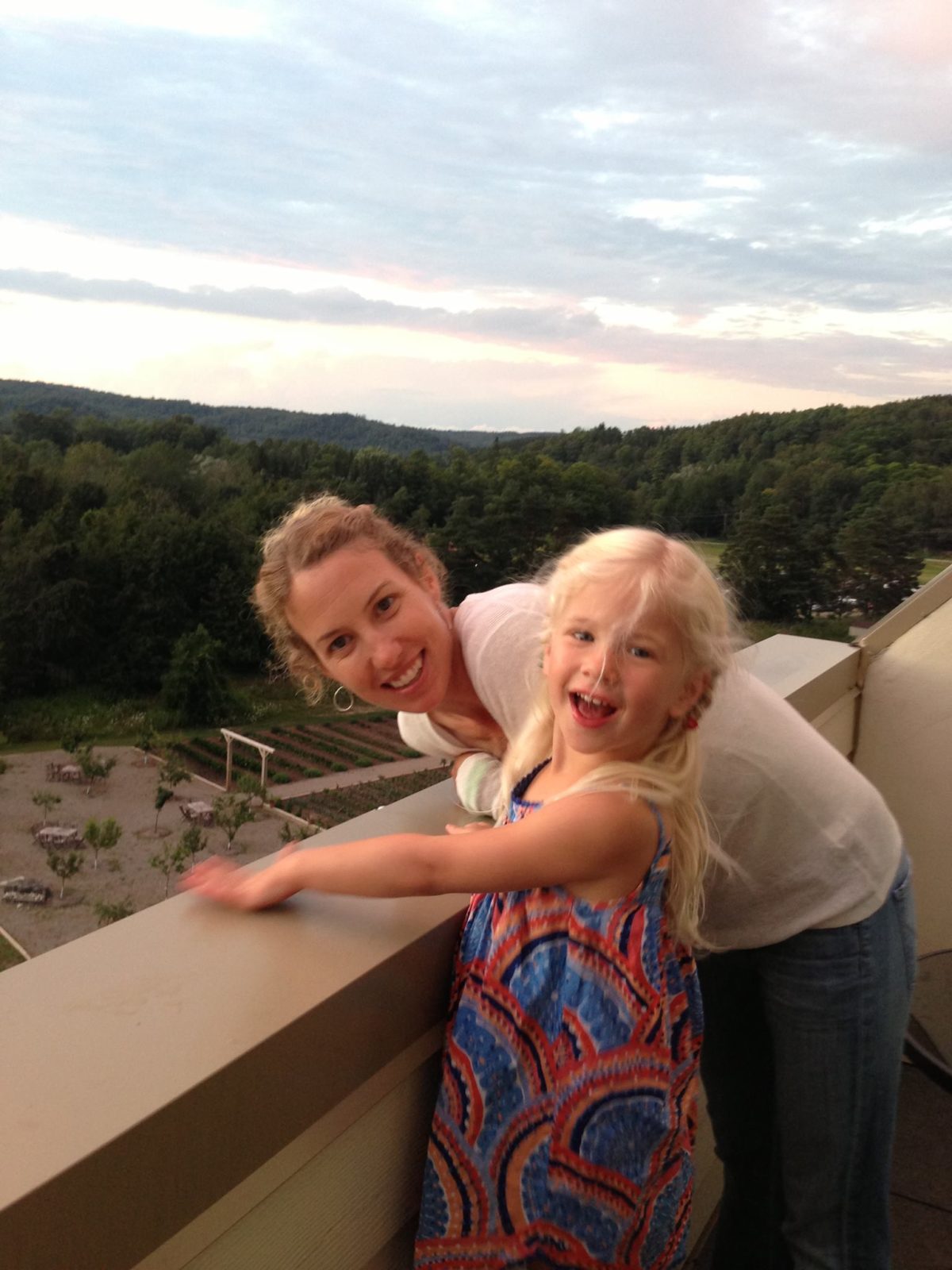 But, in terms of being a mother and a high level athlete, it’s an interesting position to be in.

Our sport is one of the few where men and women compete as equals. When you look at the top end, there is not a lot of women who have given birth. Because it feels like you can’t afford to take off the time. When you want to be the best, it feels like you’re going to become irrelevant or you are going to lose your backers, the people who own your horses or your clients.

I feel like a unique person in our sport to be doing this, to have made this choice, right in the middle of my career.

I’m also in a unique position to do it. I’m very lucky at Millar Brooke to have my brother and his wife Kelly and Ian to ride my horses. Our business has been very lightly interrupted by my pregnancy. I’m super lucky too that most of my owners are mothers. Not one person even looked at me funny when I told them. They all gave me a hug and said, “Congratulations, we’re so happy for you!”

It’s a pretty nice feeling to have support behind you like that.

At the same time though, it’s really hard to sit on the sidelines.

Watching Jonathon and Ian ride my horses gives me a lot of stress! It was the same when my dad was watching me at the Olympics, he kept saying to everyone, “It would be easier to do it myself than to watch.” That’s how I feel. It would be less nerve wracking to be doing it myself.

And I just miss riding. Sometimes I’ll be holding Heros for my dad to ride and I’ll get up on the mounting block and think, “I could just get on and ride around for a bit… It’ll be fiiiine.”

Then I realize there’s no real point and I don’t do it. But I’m getting impatient, that’s for sure.

It was the same situation when I was pregnant with Lily. Ian and Jonathon showed my horses and when I got them back, they were better than when I left them. And I had, at that point, one of the strongest seasons of my career right after I had my daughter.

That’s my aim this time around, to come back next year stronger than ever. And I’m excited because I’m hungry. I’ve had a lot of time to reflect on how I want to be better and to watch my horses and I think those men have taught them some really good things. 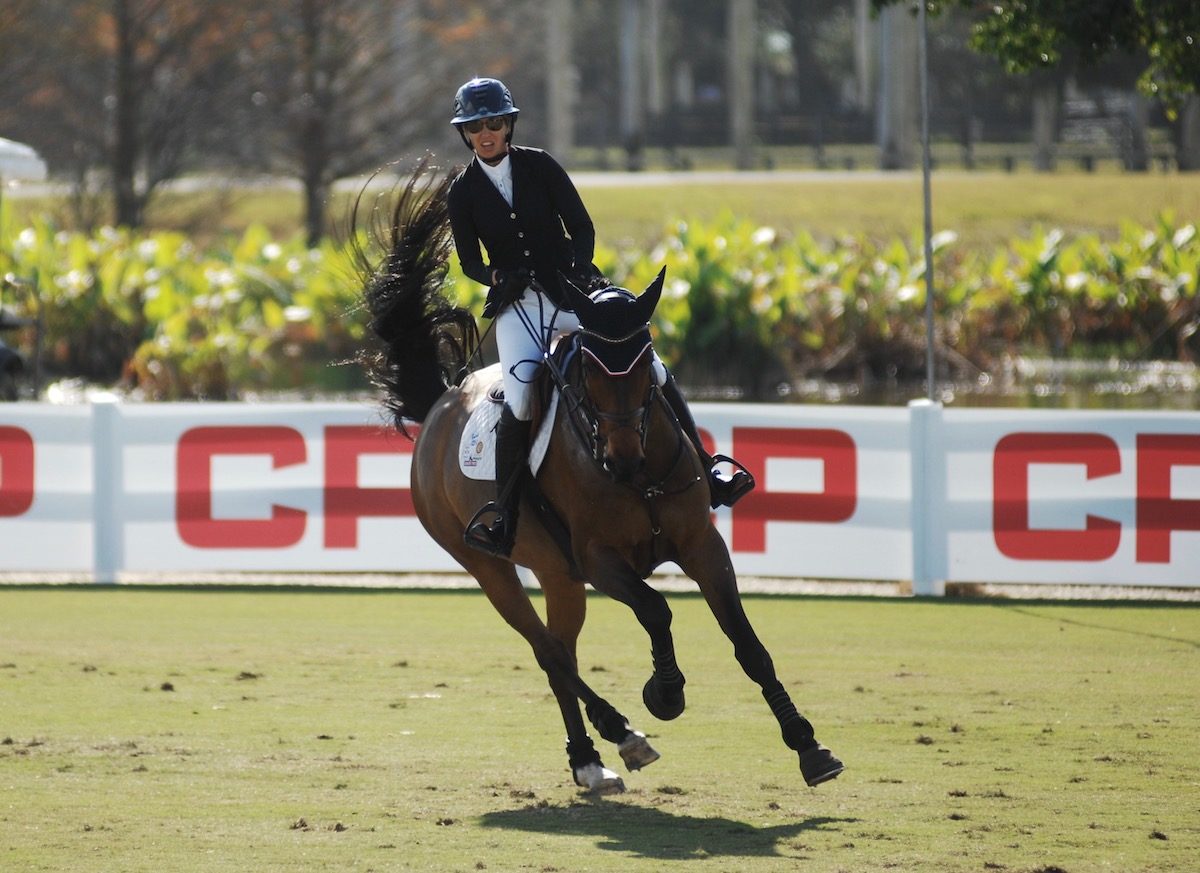 I need to have my baby. (July 16 is his due date.) I need to get fit again. I need to spend time with our new addition and get back in order with my horses. Then, in the fall, I’ll do a few shows and defend my Canadian Champion title at the Royal Winter Fair in November.

Because, let me tell you, that last one has been weighing on me.

I joke all the time that one of my big regrets this year has been that I finally won the National Championship and have never ridden into the ring and heard the announcer say, “The reigning Canadian Champion, Amy Millar!”—not once! So now I have to try and win it again so I can hear it for a whole year.

I’m only half kidding about that.

My real goal though is to get back to where I was by the winter circuit in Florida. I’m giving myself the rest of 2018 to get back to the top level so that I can be right back in the international ring in Wellington and, hopefully, on the road the Pan American Games, then Tokyo.

One of the great things about our sport, as my dad demonstrates everyday, is that you can have a very long career if you look after yourself. There’ll be another WEG in four years and I plan to be on that team. But for this year, for Tryon 2018, I hope to be watching my dad and brother and supporting the rest of the Canadians.

I just don’t plan on liking it quite as much.

Asmar Equestrian wants to send you and friend to the 2018 World Equestrian Games in Tryon, NC this September! To enter this month’s #AsmarWEGchallenge, put on your best Western attire, spin eight times and post the video to Facebook or Instagram with the hashtag #AsmarWEGchallenge. Each challenge is an opportunity to win the $500 monthly prize in Asmar clothing and an entry for the grand prize of two tickets to WEG, three nights accommodation, a four day car rental, and $2000 in Asmar clothing. What are you waiting for? Take the leap!

Missed the first four challenges? No problem! Every challenge completed is an entry into the grand prize draw: eight challenges equals eight entries! Click on the links to get caught up on Challenge One: Vaulting, Challenge Two: Dressage, and Challenge Three: Eventing and Challenge Four: Endurance and Challenge Five: Jumping! 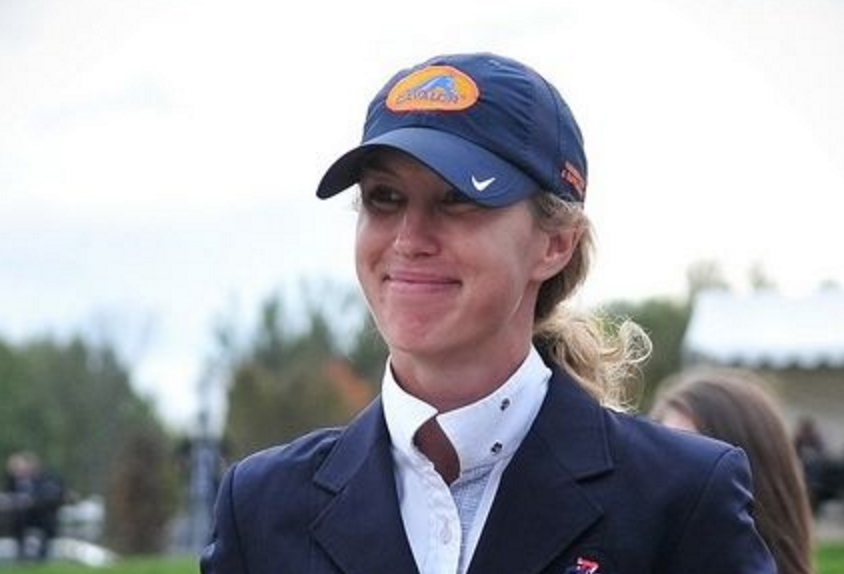