Phillip Dutton (USA) did not sweep the podium at The Fork CIC 3* in Tryon, NC this weekend. *Sigh*

Despite being in poll position to accomplish that near impossible feat (Dutton held three of the top four positions, including the overnight lead, after cross country), Eventing’s Messiah failed to seal the deal, thus ending our dream of a World Equestrian Games (WEG) eventing team fielded entirely by one man on three different horses.

The six-time Olympian did, however, win the WEG Eventing Test Event. So there’s that.

The overnight leader aboard his succinctly named partner, Z, Dutton was last to contest the show jumping course. Navigating a tight time allowed that caught out 39% of the field (12 of the 31 starters incurred time faults), the pair posted a clear to finish on a score of 28.

“You never quite know how tight the time is going to be,” said the world #4 ranked eventer.

“It’s an advantage going at the end and realizing the lines you have to take to shave the time. My guy is not at his best if I open him up too much toward the jump, so I had to cut the turns, shorten him at the jumps, and rock him back just a bit. Everybody said they were worried that I wasn’t going to make the time, but here we are.” 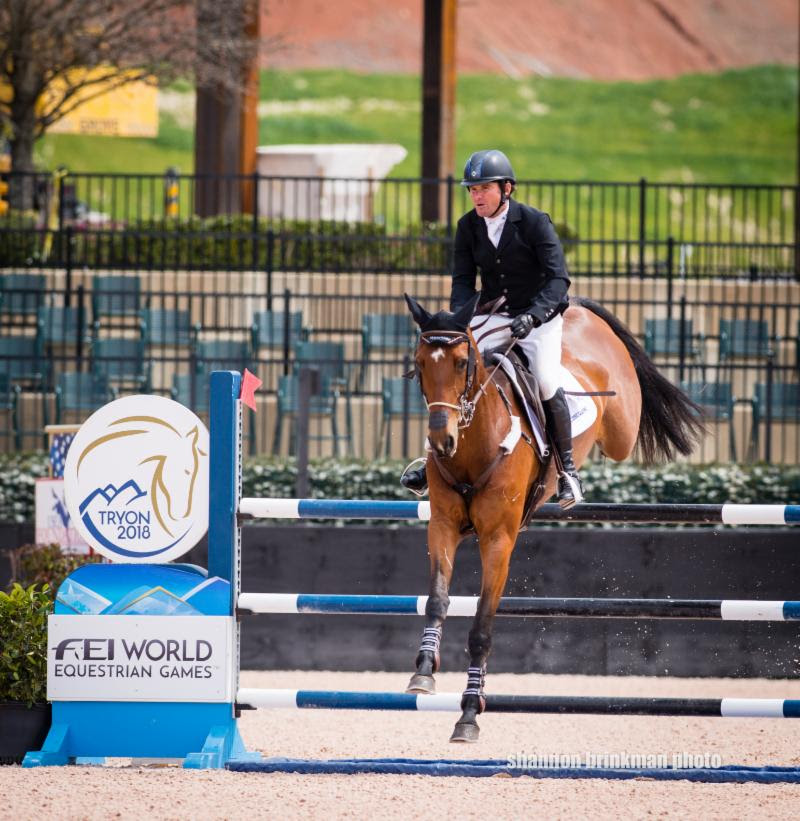 Dutton had a rail on his second mount, I’m Sew Ready, pushing them from third to fifth. He opted to withdraw his third mount, Fernhill Cubalawn, after the cross country, putting an end their podium chances and our far-fetched storylines.

Taking second and third, respectively, with clear rounds in show jumping were Kim Severson (USA) on Cooley Cross Border on a final score of 32.10 and Sharon White (USA) and Cooley On Show who finished on a 32.90.

As for Dutton, there’s always next time. The double Olympic gold medalist has three entries accepted for the Land Rover Three-Day Kentucky CCI 4* later this month. He can try to own the podium again then. Or just put an end to Michael Jung’s three year win streak, which would also be a good story.