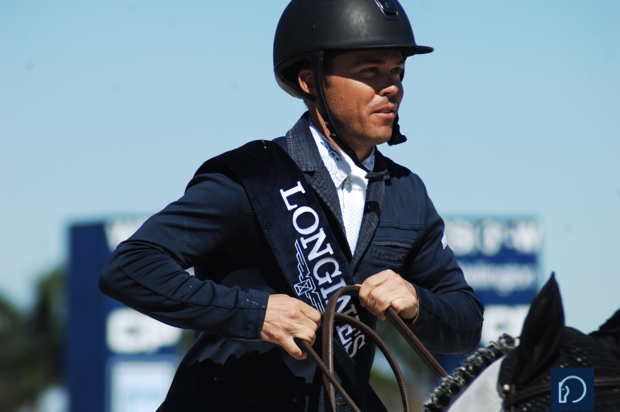 Olympic silver medalist Kent Farrington hasn’t set foot in a show ring since mid February. But he didn’t let a little thing like not competing get in the way of his World #1 status.

Farrington, the romantic lead in many a’ show jumping fans fantasy love story, suffered a compound fracture to his right tibia and fibula when he was thrown in a 1.30m class at the Winter Equestrian Festival in Wellington, FL this winter. (He was riding the aptly named Lucifer IV at the time.)

Despite logging exactly zero world ranking points in the past six weeks, the 37-year-old rider held down the top spot on the Longines FEI world rankings for the 12th consecutive month!

Farrington’s dominating lead—he closed 2017 some 360 points in front of world #2 Harrie Smolders of the Netherland’s—held by a mere five points in March, officially bringing the American rider to the coveted one year mark atop the World Rankings.

Farrington is due back in the show ring at the end of April with a scheduled appearance at the Kentucky Invitational. You can bet he’ll be looking to make up for lost points.