Odds in their Favor: Expert Picks for the Longines FEI World Cup™ Ocala

Who will win the Longines FEI World Cup™ Jumping Ocala? We called in equestrian sport scientist, Dr. Tim Worden, to pick his top three contenders. Dr. Worden has a PhD in biomechanics from the University of Guelph, Canada and specializes in the translation of human high-performance training theory and techniques to equestrian athletes. He, like, knows stuff.

This week signals the end of what has been an exciting 2017/2018 World Cup season here in North America.

The final competition of the Longines FEI World Cup™ Jumping North American League is on Sunday at Live Oak International in Ocala, FL and I am looking forward to seeing some great horse-rider combinations navigate the course Kelvin Bywater has planned for them.

Yesterday’s qualifying class was a Table A speed format, which was interesting to watch compared to the jump-off format other qualifying classes have utilized. The class was filled with a blend of riders going for a quick winning round while others were clearly focused on putting in a good training round in preparation for the week’s main class on Sunday. Thirty combinations attacked the course yesterday, and Devin Ryan was the class of the field taking both first and second on Cooper and Eddie Blue, respectively.

Ultimately, I feel the focus on speed yesterday caused a few rails for some top horses that would normally go clear in a qualifying class, which adds to the storyline leading into tomorrow’s class!

Below are my picks to win the World Cup Qualifier in Ocala this week!

Eddie Blue and Devin Ryan (USA) are the most “in form” pair in the field. This combination has already had two top five finishes in World Cup qualifiers this season, including a win in North Salem, NY back in September. Further, four of their last five FEI classes have been clear rounds, and whenever I have watched them lately they have been jumping great. Importantly, the pair seem to love the Live Oak venue, where they put in two clear rounds last year as well as the clear round yesterday. Eddie Blue and Ryan jumped well yesterday and picked up a second place result, and I expect the strong results to continue on Sunday. 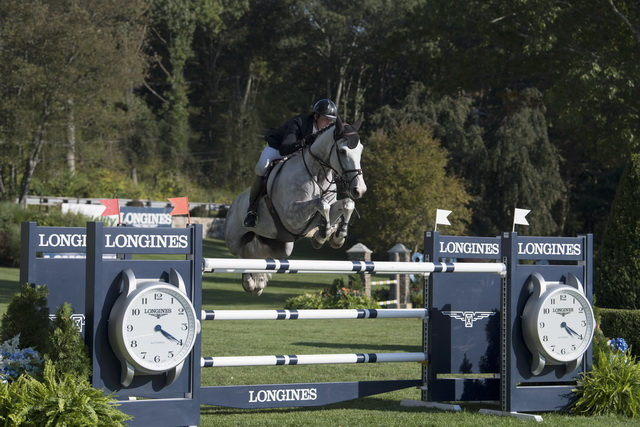 Strengths: The nine-year-old grey gelding jumps effortlessly—nothing seems to be a challenge for him. He looked relaxed in the Live Oak ring, never panicking but instead methodically jumping around the course in a confident manner. Eddie Blue jumps equally well moving up to or backing off a fence and is always aware of his body in relation to the jump. Ryan has been producing a number of top results lately and he does a great job riding Eddie Blue. He stays quiet in the saddle and is complementary in his cues, which allows Eddie Blue to stay focused on the task at hand.

Weaknesses: Finding a weakness in this pair is not an easy task. In yesterday’s class, Eddie Blue did have a rub on a skinny vertical off of a right-handed rollback, but to me that is not worrying as that type of turn will not be encountered in the first round of tomorrow’s class. Another potential weakness is Eddie’s age (nine years old) and relative inexperience at the FEI level (just over one year competing in the FEI division). However, this pair has jumped some big tracks in their short time together, so they have been exposed to a range of challenges that they have been able to answer previously. I expect Eddie Blue and Ryan to easily handle Sunday’s first round and to go for the win in the jump-off!

The most experienced combination in the field is definitely Ohlala and USA’s Lauren Hough. The 14-year-old bay mare has jumped the biggest tracks in the world with Hough and had many top results, including wins in Geneva and Calgary. In their career together, they have represented the United States on numerous Nations Cup teams and are always electrifying to watch. On Friday, Ohlala and Hough went for the win and laid down a fast time, but in doing so Ohala lowered the final vertical on course with her hind end. Look for Ohlala and Hough to utilize their vast experience to negotiate the tests during Sunday’s World Cup class to produce a double clear performance. 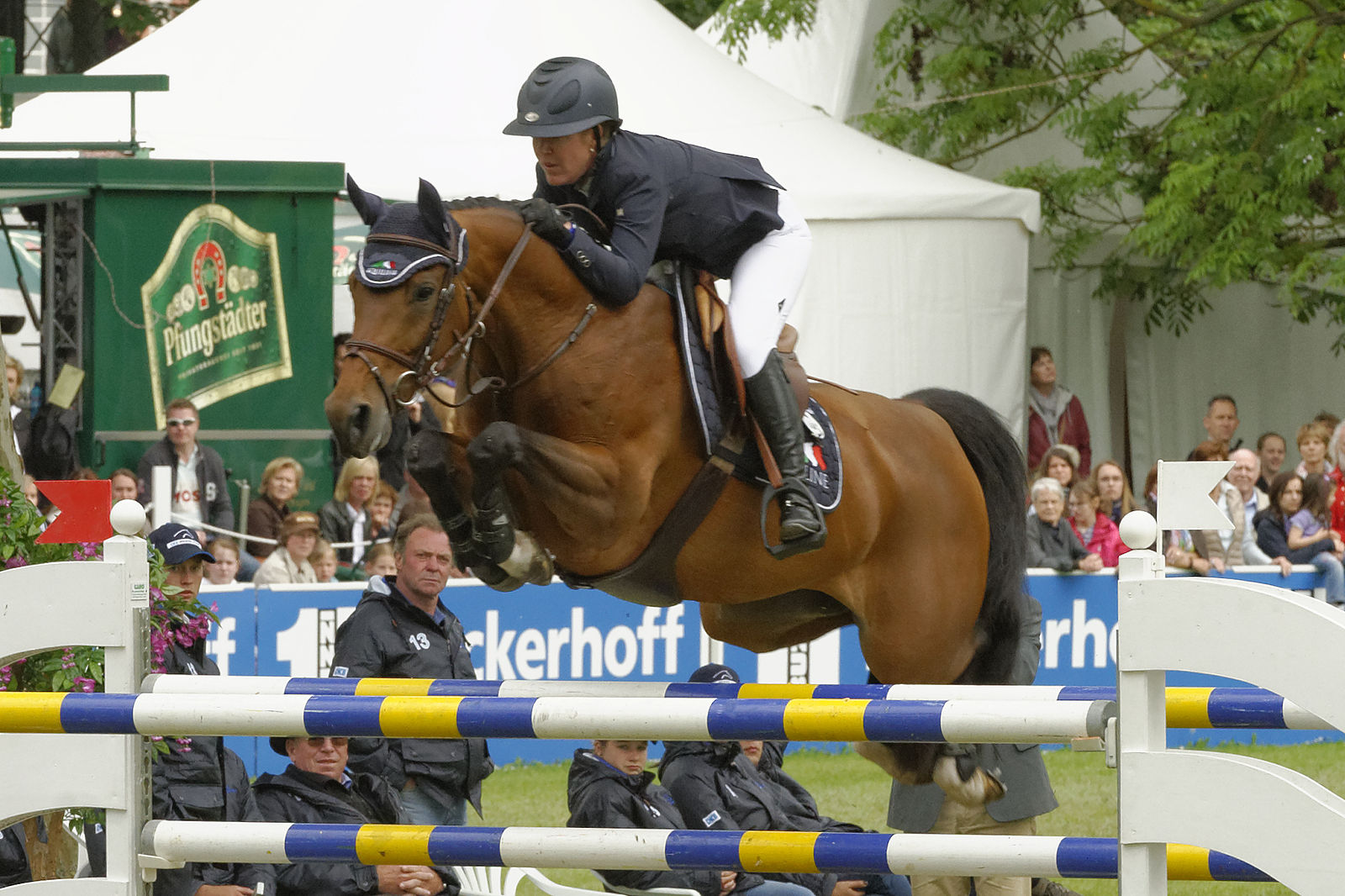 Strengths: Ohlala is a clever, careful and speedy mare. The speed that she possesses ensures she can position her body to always achieve a technically strong jumping position. Hough is one of USA’s most experienced and accomplished riders, and she uses her vast knowledge to ensure Ohlala is always in the best position to perform well. This is the seventh season for the pair competing together at the FEI level now, and they know exactly how to communicate to get the job done.

Weaknesses: I thought the pair looked quite strong jumping on Friday, with the four faults being an artifact of the speed class and not necessarily the pair’s jumping potential. However, when looking at the FEI results in 2018, the pair has not produced as many clear rounds as you would expect given their competition pedigree. With only one clear round in FEI ranking classes this year, they need a strong showing Sunday to return to their rightful place as one of the USA’s most reliable and exciting combinations.

This will be the fourth time this season that I’ve chosen Luebbo and Jamie Barge (USA) to perform well in the World Cup class. The reason: CONSISTENCY. In any sport an athlete can make it very far by being consistent and reliable, and equestrian sports are no exception. Every time this pair is in the ring they are contenders for the jump-off, always executing smooth rounds. They work well together as a team and are frequently putting in strong results. They put in a clear round yesterday to finish seventh, and look for them to wrap up their World Cup season in North America with a strong performance tomorrow! 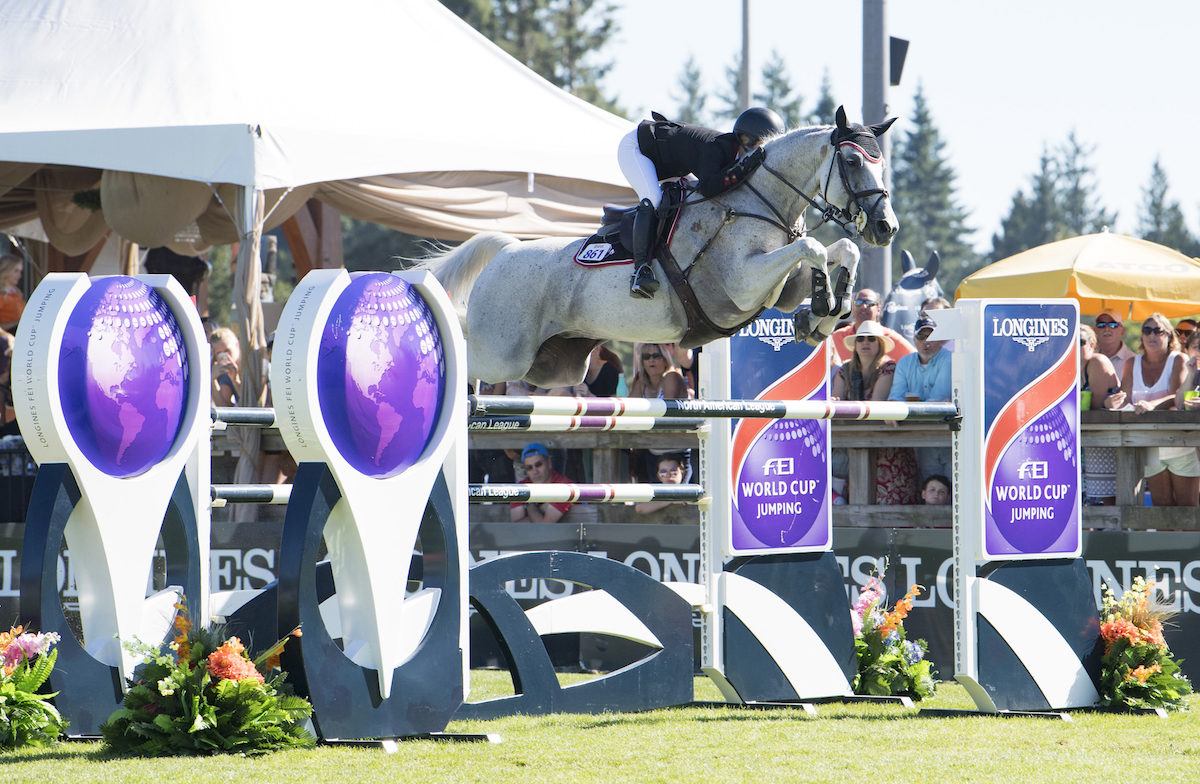 Strengths: Luebbo is careful, powerful and clever. The 12-year-old gelding carries himself well between the jumps, is electric off the ground and always seems to read the fences well. Barge gives Luebbo a great ride, keeping him focused on the task at hand and working well in synchrony to give him the correct cues as the correct time. In six World Cup classes this season, the pair have made it to the jump-off three times, with two unlikely rails in another two of those classes. In their last 19 FEI ranking classes, they have only had more than one rail once, a statistic that any horse-rider combination should be proud of.

Weaknesses: As a partnership based on the west coast, I would be curious to know when Luebbo and Barge travelled to Ocala and how the trip went. Travel can be an added distraction and stressor to both horse and rider, so hopefully this does not impact their performance. I also felt Luebbo looked a bit more casual than normal over some of the verticals in yesterday’s class, so I will be looking for him to really respect the careful verticals on Sunday. If he looks good over the first few verticals I think he will easily cruise through the first round and into the jump-off!

Coriandolo Di Ribano and Lauren Tisbo (USA) put in a solid clear round yesterday to finish third and set them up nicely for tomorrow’s main class. Together, Coriandolo and Tisbo have had a number of top results in the past year, including a second place finish in the World Cup class in Lexington, KY (November). The pair is always exciting to watch, and if they are able to stay focused and motivated through the first round tomorrow they will be very fast in the jump-off! 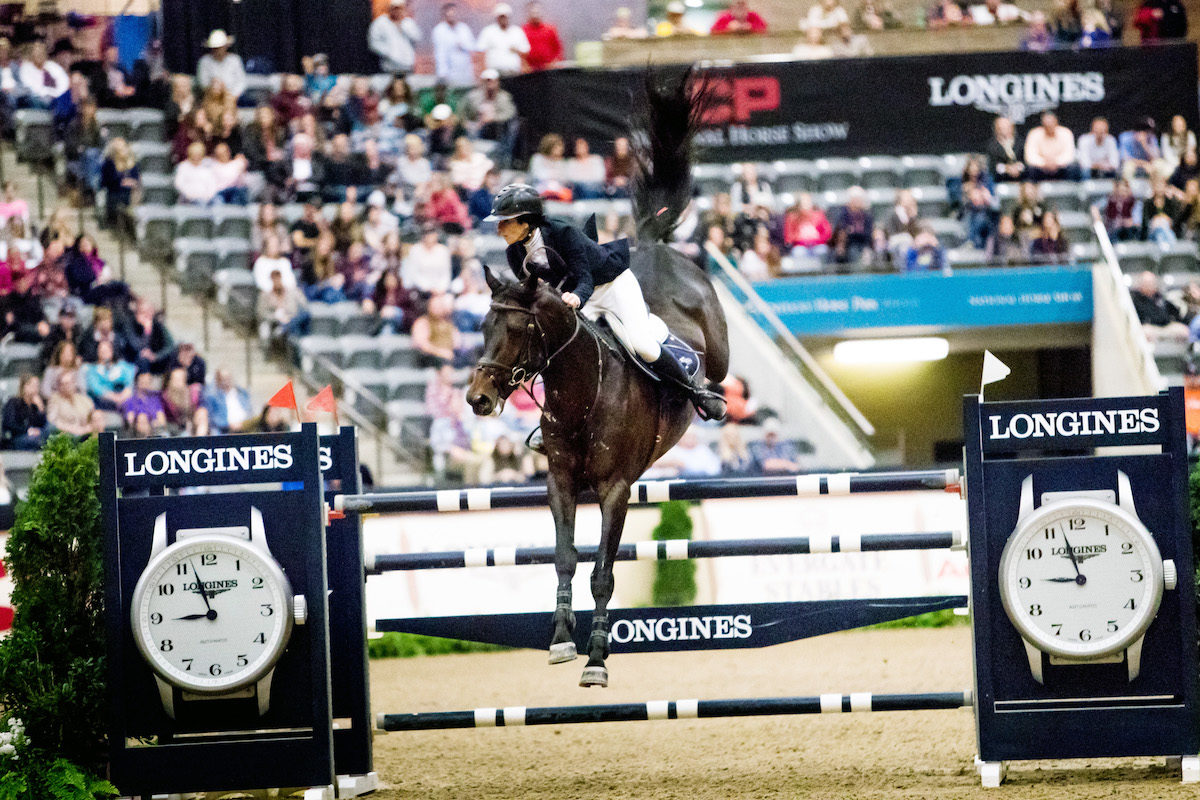 Strengths: Coriandolo has the power to jump any course in the world. The 11-year-old stallion’s scope is always on full display in the competition ring and he is known to leave spectators in awe. Tisbo does a good job of staying light in the saddle to let Coriandolo compete with his unique style. When looking at their competition history, the pair has been able to place ahead of some very strong horse rider combinations in past classes, which indicates to me they have the potential on any given day to pull out a win.

Weaknesses: Although Coriandolo is a star in the air, he can be difficult to control between the jumps at times. To me it seems this talented stallion occasionally attempts to take over on course instead of listening to his rider. Although Tisbo does a great job of focusing him despite this, Coriandolo will occasionally resist her cues, which can lead to a rail here and there. Tisbo is one of the toughest riders on the circuit, and I am predicting that she will win the battle to contain Coriandolo on Sunday leading to a clear round!