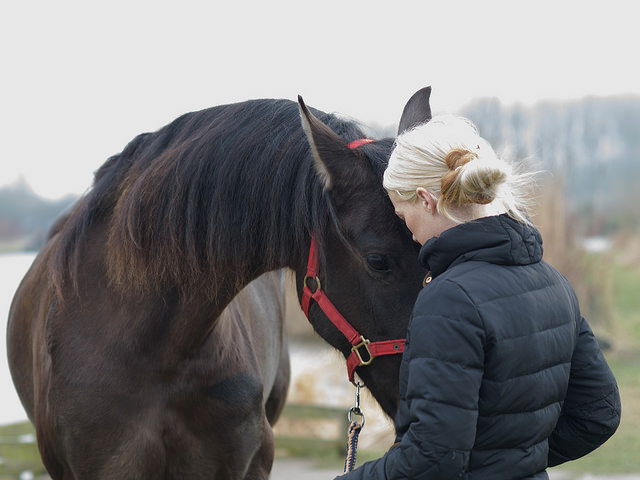 Every once in a while we meet a truly remarkable person; a person with a special gift and the ability to carry it out. They are humble, self-deprecating, and like all of us, flawed, imperfect, but special nonetheless. Their long hours at the barn give us a glimpse of their passion, but all those hours often go unnoticed by others. Like magnets for misfits, they seem to acquire rejected horses.

There’s a 30-year-old former kids horse in the paddock on the right. The gelding’s a little lame on his front left (probably an arthritic ankle) and his previous owner deemed him “too old” to be useful. An awkward two-year-old Clydesdale stands over the arthritic gelding, spilling little bits of hay onto his elderly companion’s ears. At sixteen hands, this gangly youngster still has some growing to do. He was spotted, looking very poorly, in an overgrown field on the way home. (Upon inquiry, he was ‘given’ away to this kind soul.) 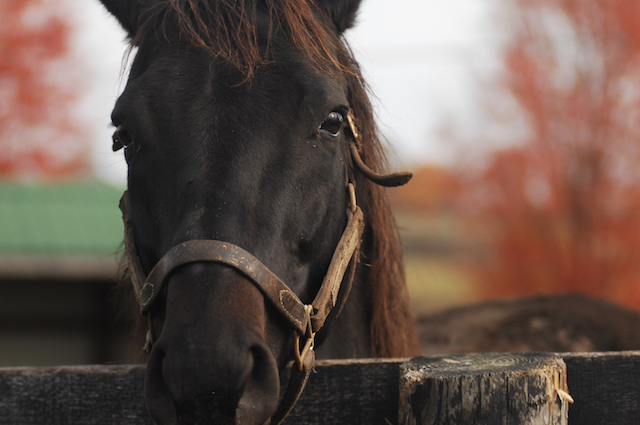 A pretty dappled grey sticks her nose over the next paddock fence. Her silky coat, soft brown eyes, round belly, and perfectly manicured tail make it clear she’s never lacked care. However, the look in her eye tells a different story. She watches her person intently, happy and relaxed. Only they remember the pinned ears and dull expression as she slogged through her previous career, day after day. They could never explain their ‘hunch”, even if you asked. Somehow they just felt that she was unhappy, and decided to do something about it by using their experience to teach her a new career. 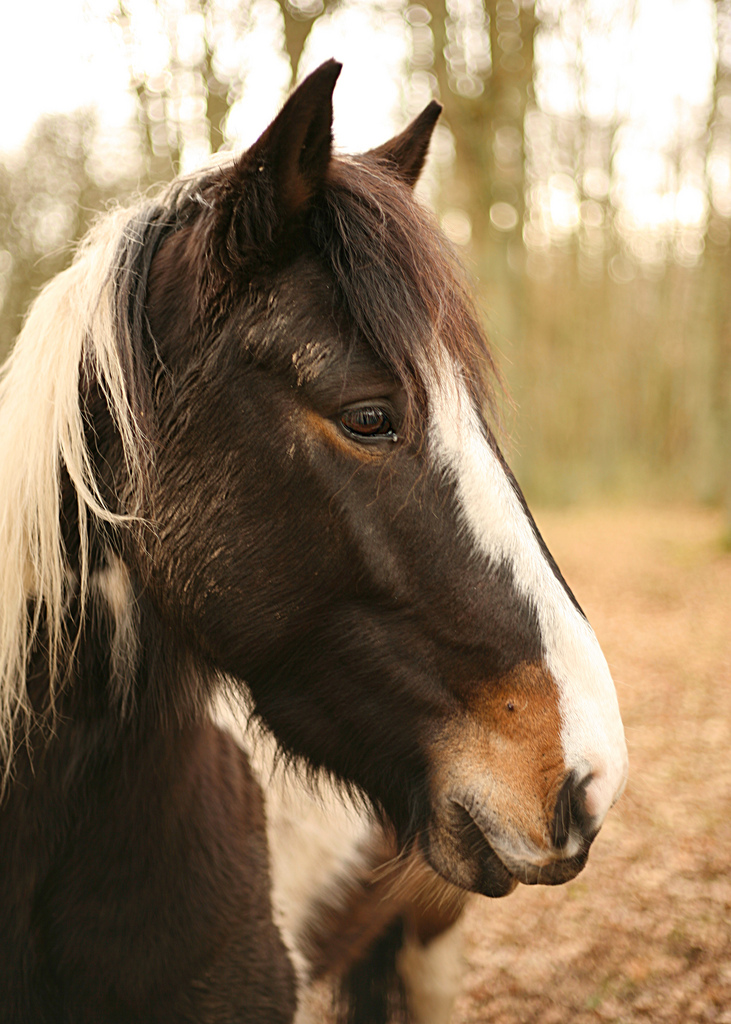 In a small paddock adjacent to her is a little Welsh pony. His feet look just a little strange, not something a casual viewer would even notice. The frazzled white mane is by far his most striking feature. Wisps escape charmingly in every direction as he shakes off a fly. Only his person remembers when he first came home. The way his overgrown feet sprawled to the sides like the curve of a snails shell, and the six months of frequent trims it took to normalize his hoof angle.

The last paddock on the left holds the mare that arrived today. She has a large spot on her withers rubbed raw from poorly fitted equipment, and it’s clear that she could stand to gain several hundred pounds. They have no doubt that with a little patience and nutrition, her heart of gold will have a body to match. 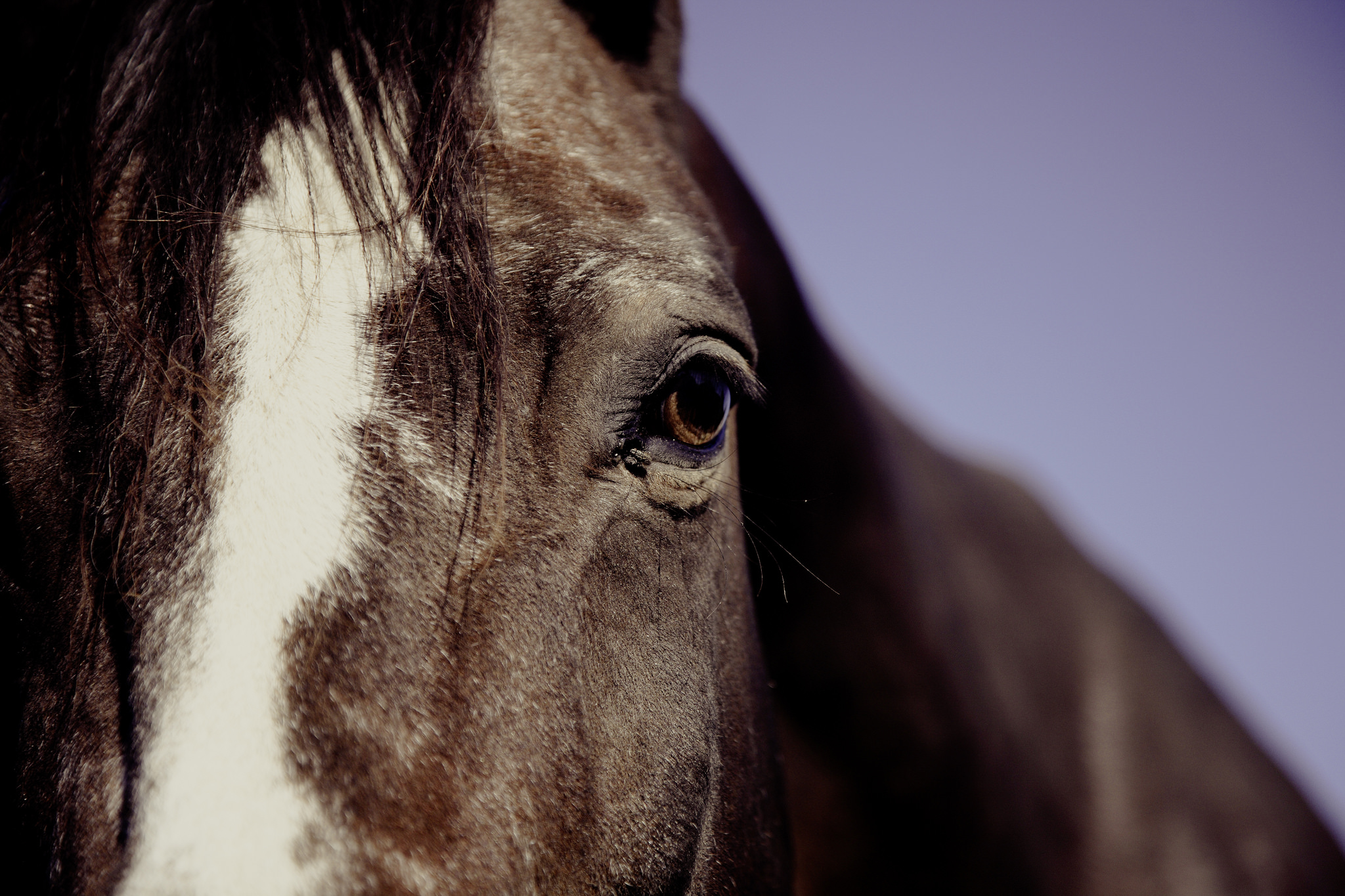 Spare a moment to think of these silent horsemen and horsewomen who have the extraordinary means and ability to follow their own moral compass. Think of the humility with which they serve horses by helping them heal or gain the skills to be a desirable companion. Consider those people in your life who have this astonishing gift because chances are they will never recognize their own talent, let alone accept a single word of praise.

They deserve our compliments, but more importantly, our respect.

Throughout her childhood at the family horse farm, Heather Malcolm found her passion for equine nutrition, behavior, and wellness. After graduating with a degree in Animal Science, she gained a job in the companion animal industry. When she’s not riding her horse, she enjoys reading the latest equine research and cuddling up for a nap with her favorite dog. 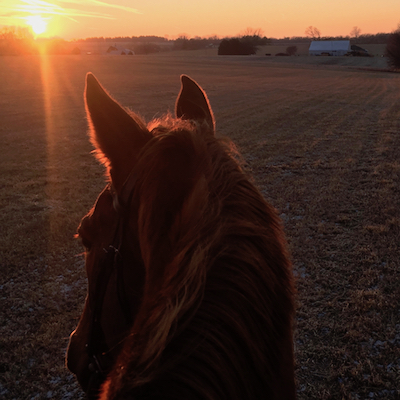 Throughout her childhood at the family horse farm, Heather Malcolm found her passion for equine nutrition, behavior, and wellness. After graduating with a degree in Animal Science, she gained a job in the companion animal industry. When she’s not riding her horse, she enjoys reading the latest equine research and cuddling up for a nap with her favorite dog.