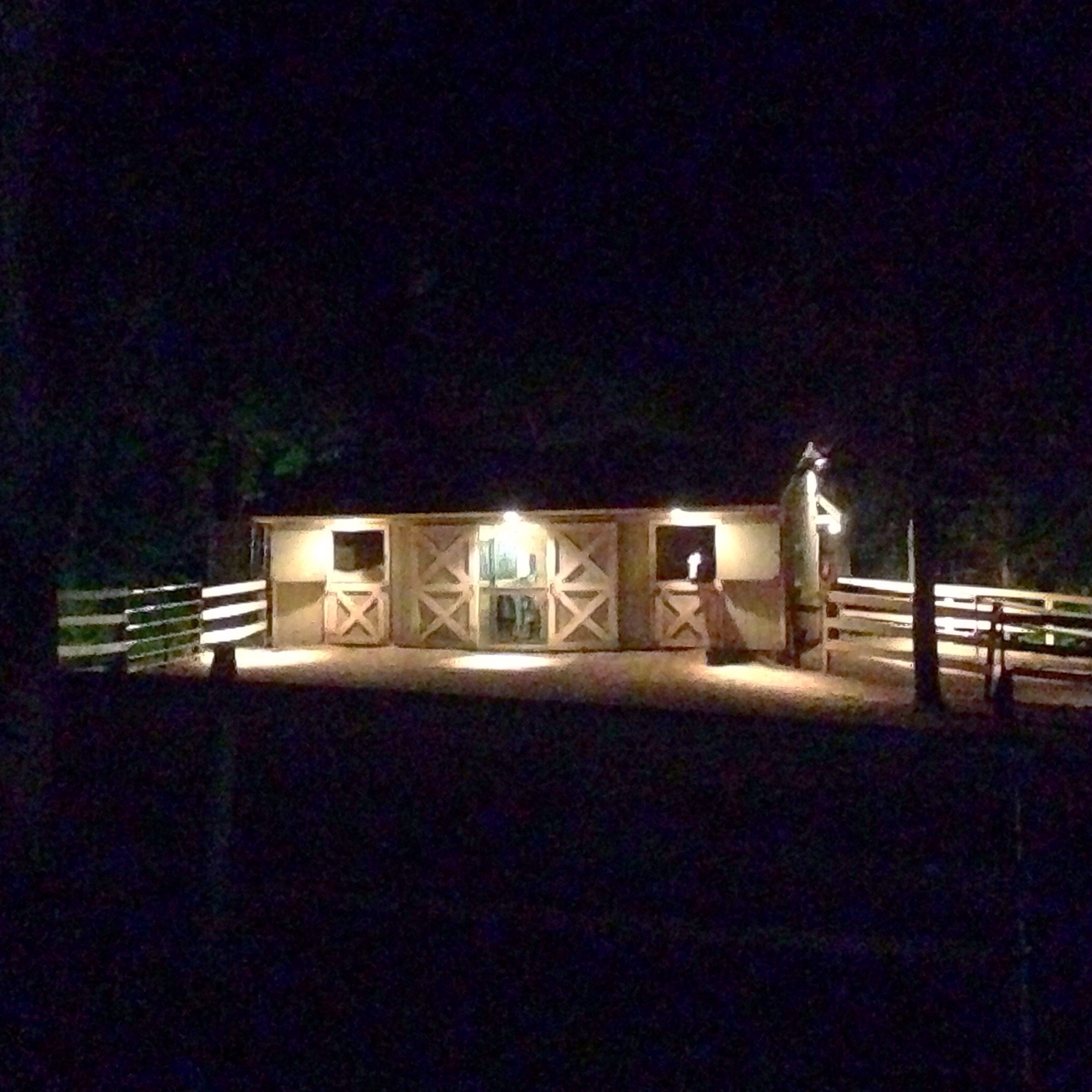 Like most everyone else on the morning of September 11, 2001, I can clearly remember exactly where I was and who I was talking to when I heard the news.

I was checking in with a private barn client with whom I had an appointment that morning. “We’ll have to reschedule. Didn’t you hear, they flew a plane into the World Trade Center.”

I hadn’t heard. The radio in my truck is as likely to be off as on, and it was long before the days of instant internet updates. It sounded like an event of which to take note, but I didn’t really understand the need to cancel the appointment.

As many may have initially assumed, I pictured an errant, small private plane on a training or sightseeing mission losing its way and striking one of the towers. Tragic, certainly, and devastating to those involved. When I turned on the radio I learned that the magnitude of what had happened was quite different. The second airplane had just struck the south tower.

Feeling the need for human contact at that moment and being in the proximity, I stopped at the barn of another client, this one a larger commercial facility where I had many friends. The normally busy riding ring was empty, and everyone was gathered around a ten inch television in the barn office. I knew then that the gravity of the situation was much greater than I had contemplated.

I arrived in the huddle just in time to see the first tower fall.  I remember nothing being said, perhaps a gasp, but everyone stood transfixed at the tiny screen for a moment frozen in time.

I called home to my wife, Mary, who had just seen what I saw on TV.  I made a random decision to stop by the home of my elderly parents, about a half-hour away. It seemed at that moment to be an event unspeakably horrific in nature, but one directed locally and specifically at the World Trade Center towers. As I drove, I heard the news about the third and fourth flights in Washington and Pennsylvania.

Normally a person assumes that nothing bad will happen to America at home. As the seriousness of the situation began to reveal itself, I couldn’t fight back thoughts of a cataclysmic event the likes of which had only been imagined by doomsayers and screenwriters—only now, we were in the middle of it.

Along the drive I talked to Mary and we made arrangements to have 11-year-old Samantha brought home from her sixth grade class at a small parochial school by our carpooling partner. Once at my parents’ house, we sat and stared at the television some more, as there was little else to do. Lacking information, the airwaves were full of speculation and conjecture. I became agitated and I felt the need to be home with my own family.

When I got there, Samantha was home already, with her best friend Kate. The children, Mary, and I stayed close, as if we were experiencing the calm of the eye of a hurricane, fully expecting the raging turmoil to resume at any moment. That evening I promised Samantha that I was sure we were going to be all right. It was the only time I can remember pointedly lying to her. 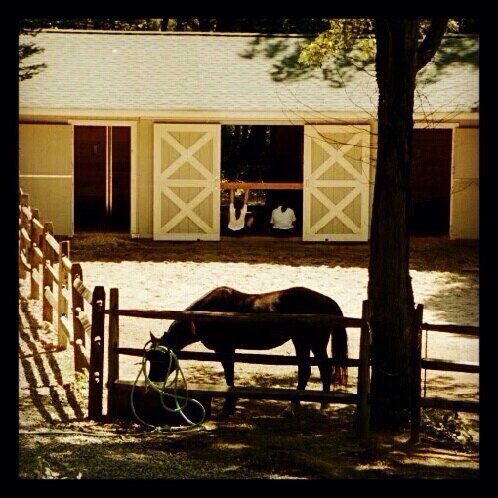 September 11, 2001. Samantha and her friend Kate were dismissed from school early. Magic is in the foreground.

Kids being kids, the girls were soon outside in the barn fussing with Buddy and Magic, just being the young horse-crazy girls who they were. I watched their carefree meanderings from the house and wondered how long they would remain carefree.

I joined them a little while later and was struck by the seeming normalcy of life once I stepped into the barn. The horses didn’t know what had happened, and weren’t afraid of what might happen next. To them it was business as usual. The difference in my mental state once I walked into the barn was remarkable, and the thought of it remains so, even today.

Later that evening, I walked out to do night check and was taken by the unusual silence. I had never realized how much background noise filled the late summer evenings until it was no longer there. All at once, the stillness was permeated by the icy shrill of a lone jet fighter slicing through the dusk, defining a perfect incision in the sky from west to east. Strangely, I remembered a moment when I was a child and my father would get up when the 11 o’clock news came on after having dozed off in his chair. In his nightly ritual, he would make the rounds and lock each door before making his way to bed. I remember how secure hearing that last lock-bolt closing made me feel, and I always drifted to sleep soon after. The low shriek of the fighter jet gave me, at least for that moment, a similar feeling.

I had no way of foreseeing this, but in the hours, days, and weeks to come, it was my horses who gave me back my sense of normalcy, or as close to it as I had been able to get. Horses deal in the here and now, and that’s all. They reminded me that life does go on by demanding of me the same routine that I had always provided for them. During those early days of living in a new reality, I’m certain that familiar routine provided as much comfort to me as to them. 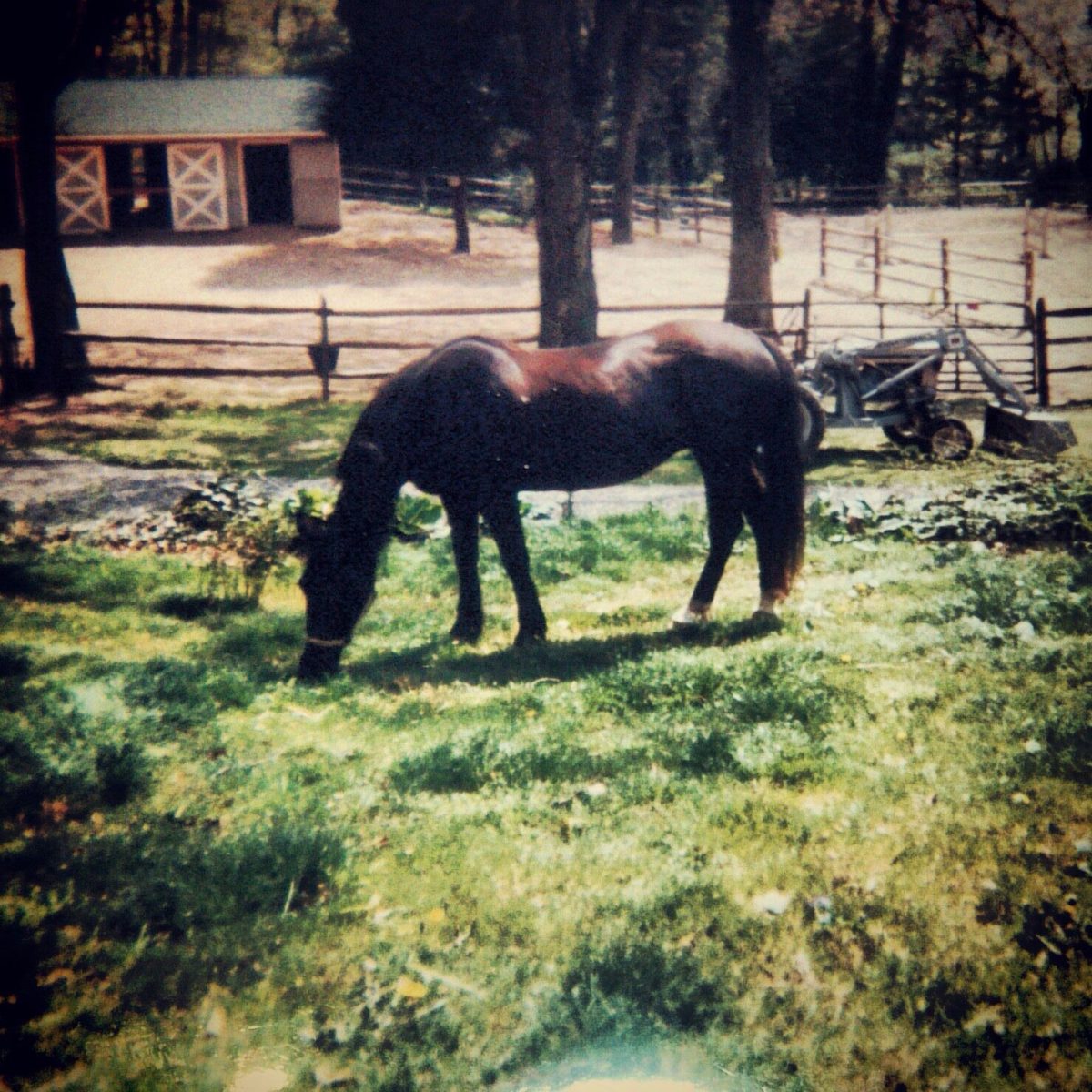 Magic. The gift our horses give us is to demand we keep a routine despite the frightening and devastating events occurring in the world.

My personal losses were much less than those of many others. I did lose my underlying sense of security, the sense that in spite of everything we were going to ultimately be all right. My horses gave it back to me, a day at a time. They quelled my fears by requiring that I live in the same world they do, and not the dangerous, fearful, horrific place that lay in my projections.

For that, I attempt to repay them every day…a hug, a flake and a bucket at a time. Sometimes a faint smile comes to my lips when I recall that at one time I thought that a life with horses was all about riding them.