Crazy ’Bout a Paint Horse (With No Spots) 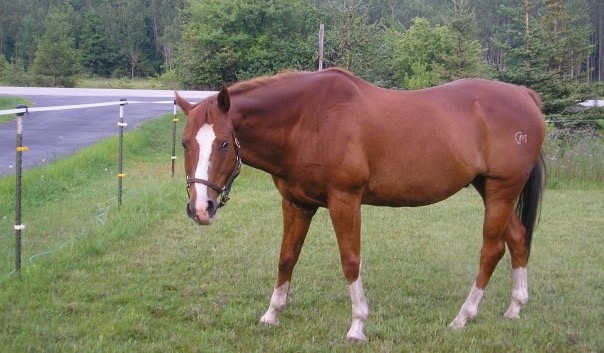 Some people vacation on beaches or go skiing in the mountains. Others hop across the pond and chug ale out of steins while noshing on bangers and mash. Some even engage in the “staycation” to do nothing but lay around the house and not go to work.

Not the Taylors. We ride horses on vacation.

Yes, that’s right. We pay people to let us ride their horses while we pay other people to take care of our horses back home. Somehow the irony of this situation is lost on us as we stuff our suitcases full of sparkly belts and cowboy boots, destined for a week on a dude ranch in the Southwest. But it was such a vacation that brought us the most amazing and opinionated horse to ever walk the planet—Dancer.

Dancer lived in Wyoming at the CM Ranch, toting “dudes” up and down the mountains, keeping them from plummeting to their deaths while they spent more time leaning off his side taking pictures of rocks than paying attention to the 12 inches of solid footing they were skating across on the edge of a cliff.

In September of 2003 Dancer was assigned to my mom as her horse for the week at the ranch. They became fast friends, so much so that on the last day of their stay my mom wouldn’t even ride because Dancer had a girth sore.

She talked and talked and talked about this horse. Sure, you always fall in love with your vacation, especially the horse you rode—it is the BEST ONE EVER! Nothing will ever top that particular moment or experience. The memories made on future trips will never rival those of this one…until they do. But even months later she wouldn’t shut up about Dancer.

My mom’s 50th birthday was rapidly approaching (she doesn’t look a day over 35) and my dad really wanted to make it special. So he called Wyoming to inform them he’d like to buy Dancer.

“Wellllll,” they said, “maybe she’d like a different horse, one that was a bit fancier, that would turn on a dime when you just thought about going left, one that really wasn’t so suited for their dude string perhaps.”

When he persisted, “wellll,” they said, “he was going to be ‘really expensive.'”

Didn’t matter, my dad insisted, she wants this horse.

“Well fiiiiine,” they skeptically said, “but we aren’t bringing him down off the mountain until mid-summer, so you’ll have to wait.” In Wyoming, they turn the horses out on thousands of acres of Bureau of Land Management land all winter to graze, avoiding the high cost of hay and feeding the herd.

At this time I was living out of two giant suitcases, crisscrossing the country planning rallies for the 2004 Presidential campaign. I’d land in Atlanta for a lay-over and run to my next gate while listening to the latest in the line of ongoing negotiations between my dad and the ranch. Arriving at my next destination, I’d turn on my phone to find yet another series of messages waiting for me about this damned horse! It went on like this all summer and in to the fall.

Dancer finally arrived in Wisconsin just before midnight on the Wednesday before Thanksgiving in 2004. Watching my mom fuss over him was like watching a kid on Christmas morning. Poor horse spends three days basically on a trailer, just wants to get a bite to eat and a quick nap, but this blonde lady won’t leave him alone. Story of the rest of his life 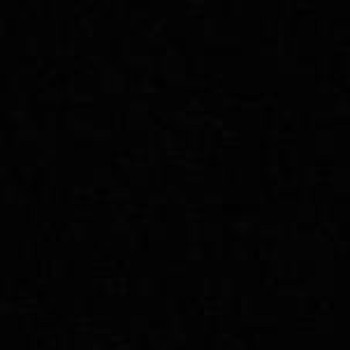 Jorna Taylor is your average obsessive horse owner, spending countless hours watching friends ride in circles in the dust or rushing home elated to find the new Dover catalog has arrived. She captures the more comical and interesting moments of her riding journey on her blog. Check it out at jornataylor.com.