Meredith Michaels-Beerbaum Talks About Her Crash at the First Fence 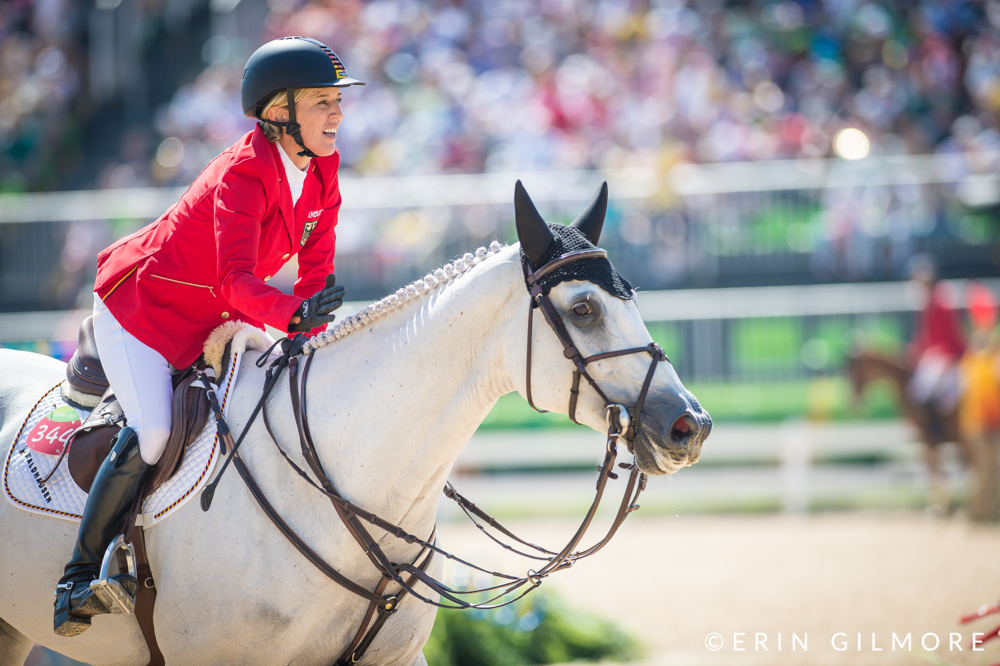 Any hope of an individual medal evaporated for Meredith Michaels-Beerbaum at the first jump on course this morning in Rio de Janiero, Brazil.

A costly mistake to the 1.50m wide oxer in Round A of the Individual Jumping Final saw her and Fibonacci crash through the fence. Michaels-Beerbaum was nearly unseated yet managed to recover and jump the second fence before electing to retire.

It was a disappointing end to the Rio Games for the Team Bronze medalist.

Said Michaels-Beerbaum after the round:

“I think, looking back on it, I just wanted it too much. I was thinking about other things—there was no room for a fault here today, there was no room for time faults—my mind was maybe going too quickly and I was no longer looking where I was toward the first fence. Unfortunately, I realized this too late before I could correct the fact that I did not have a good distance.

“You can see how quickly something like this goes. It’s quite a disappointment because the horse was in fantastic form and he did, of course, nothing wrong. It was a disappointment, but thank god he’s okay. I didn’t want to jump the whole course for fear that something was wrong, that he hurt himself. I just jumped one more fence to see and feel and he came out totally fine. So I’m happy for that.

“This is part of our sport and you can see how difficult the Olympics is even for someone like me who’s been in these pressure situations many, many times.”

Originally the reserve rider on the German Olympic team, Michaels-Beerbaum was called in to replace teammate Marcus Ehning just three hours before the start of competition on Sunday after his horse incurred an injury during the warm-up round.

Thirty-five horse and rider combinations contested Round A with 13 posting clear trips over Guilherme Jorge’s technical track. Twenty-seven will now advance to the Round B.