The Belmont With Bells On

Home > Blog > Racing > The Belmont With Bells On 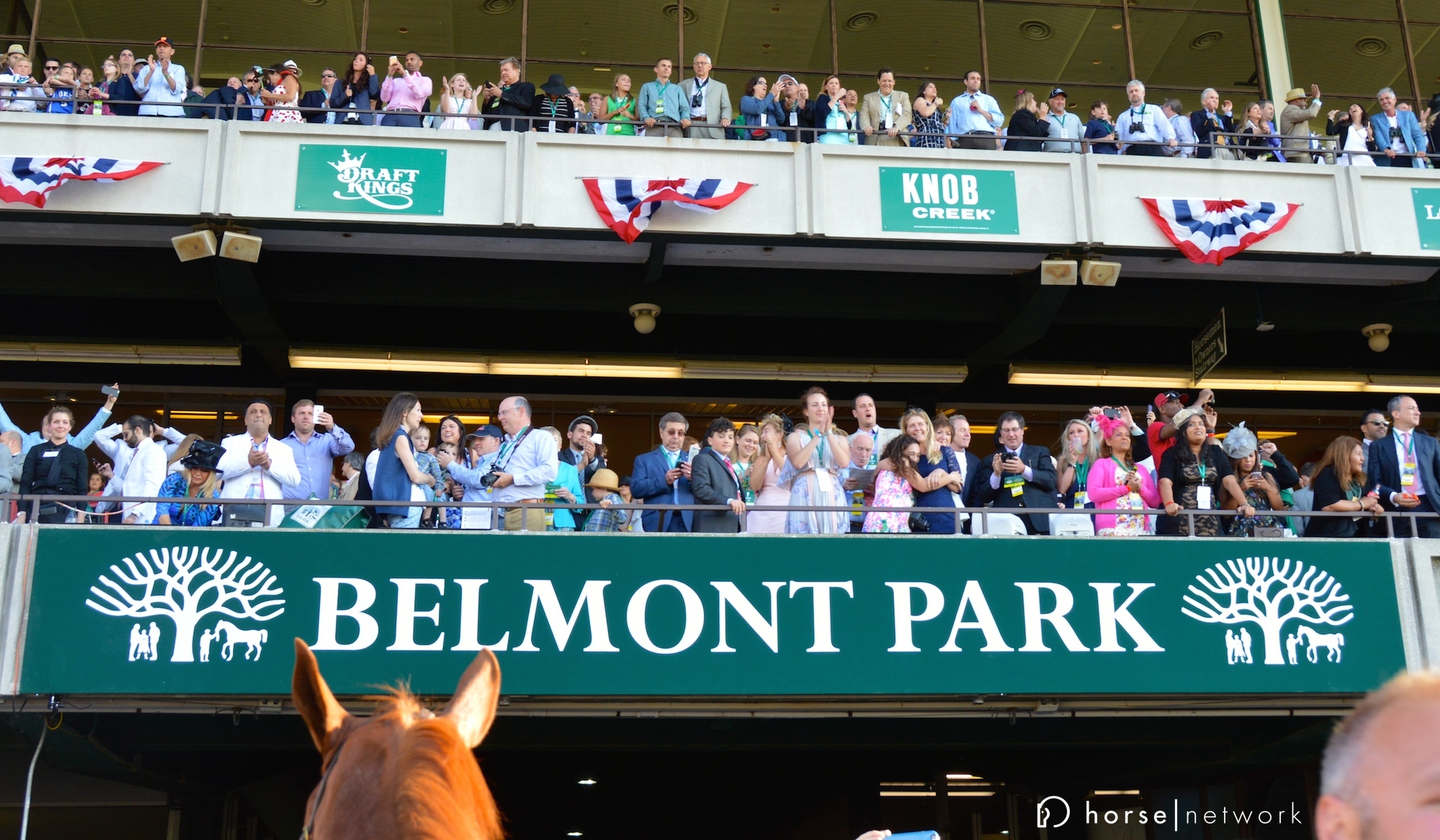 We’ve been so spoiled of late. First it was California Chrome, the gleaming chestnut with the truck stop owners who stirred over 100,000 people to Belmont Park in 2014. Last year’s Belmont Stakes might never be topped in this lifetime with American Pharoah’s gallop into history. There is no Triple Crown on the line this year, and no Nyquist either, but make no mistake, this is a stellar group of 3-year-olds set to tackle their toughest challenge yet—a mile and a half around Big Sandy.

All eyes of course are on Preakness winner Exaggerator, who comes to Belmont with an unfamiliar bullseye on his back as the prohibitive favorite.

WATCH: Four horses to watch in the Belmont 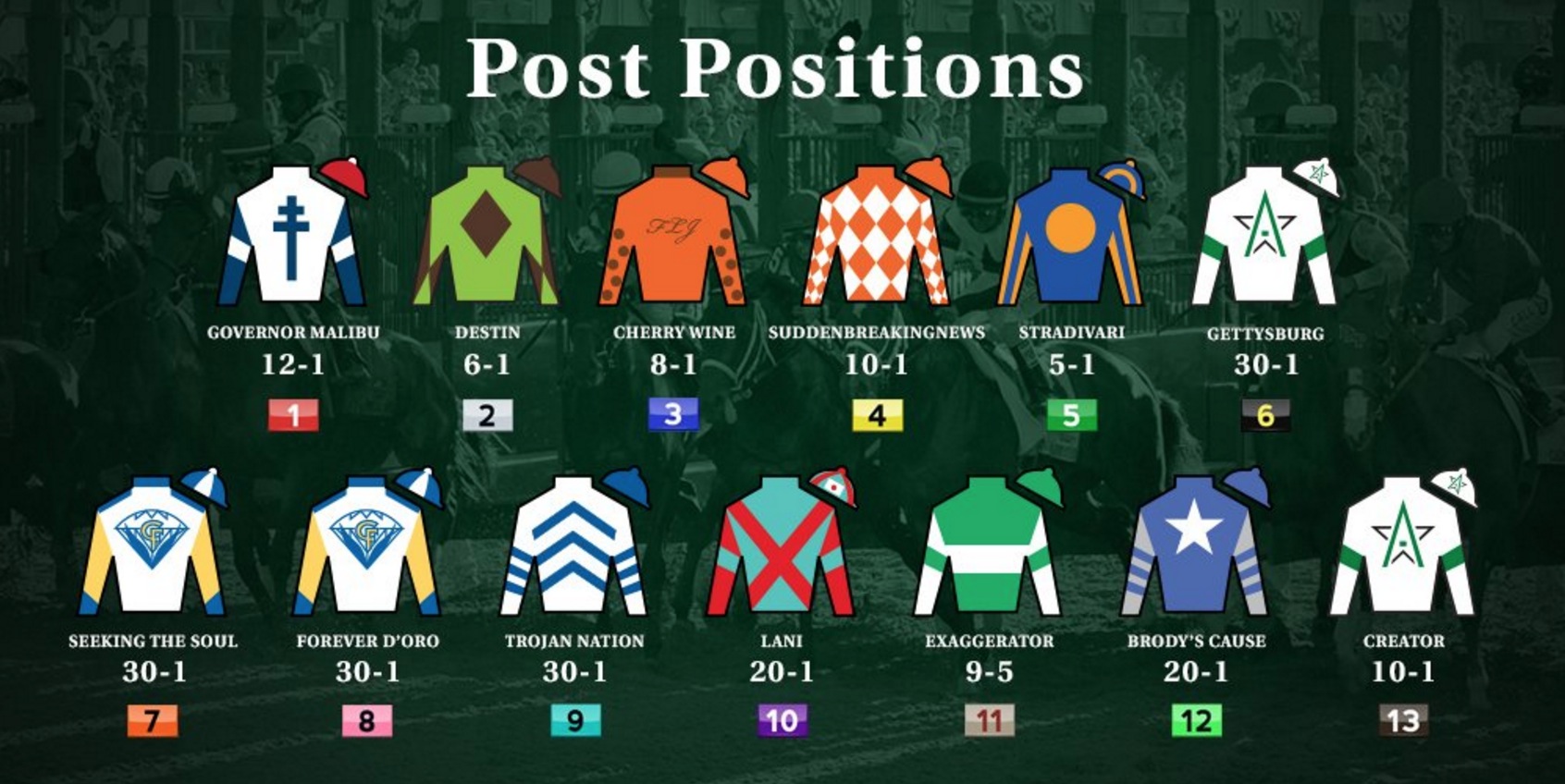 He doesn’t know that of course, but this powerful lightning bolt is clearly an immense talent. Trainer Keith Desormeaux has long touted his colt’s ability to bounce back after big races, and by all accounts this son of (2007 Belmont Stakes runner-up) Curlin looks as lively as ever. He’s battle tested, fit, has plenty of stamina in his DNA and is the rightful favorite. While much has been made of jockey Kent Desormeaux’s ongoing battle with alcohol, Exaggerator has been a pro every step of the way.

But this is the Triple Crown trail. It’s hard out here for a horse. Imagine if you had to run 3 marathons in a month. Exaggerator might very well win on sheer talent, but he’ll have his hands full. Chance of rain— 50% for this slop monster.

The only other horse in the Belmont that’s signed on for the entirety of the Triple Crown is burgeoning cult-hero Lani, the unapologetically volatile grey colt from Japan. His antics, “unconventional” training, bizarre running habits and um, let’s just say “studdish” behavior around the fillies have overshadowed what appears to be a superbly bred colt slowly starting to get it. He was an emotional wreck at Churchill Downs but still managed to finish in the top half of the field.

Then, somewhere around the ⅜ pole in the Preakness, he decided to put that raw talent to use, gobbling up ground in the stretch to finish 5th.

By all accounts he’s settled in well at Belmont and a pro on and off the track. Lani has the pedigree and fitness to pull a stunner, but he’s also seemingly capable of jumping the rail, grabbing a beer from the concession stand and taking a nap.

You just don’t know with this guy.

Another top contender is Suddenbreakingnews, the late-running rocket ship who finished the Kentucky Derby like a horse hungry for more real estate. But the real sudden breaking news here is how this supposed gelding is not actually a gelding.

A routine steroid test after the Kentucky Derby revealed higher levels of testosterone than what’s typical for a gelding. So vets took another look under the hood and what do you know, Suddenbreakingnews is actually a ridgling. If you don’t know your horse testicle terms, a ridgling, or cryptorchid, meaning his testicles are in there, just not out there. Undescended. Roughly 15% of thoroughbred colts have one testicle that fails to comply with gravity, but it’s quite rare for the pair to play hide and seek. 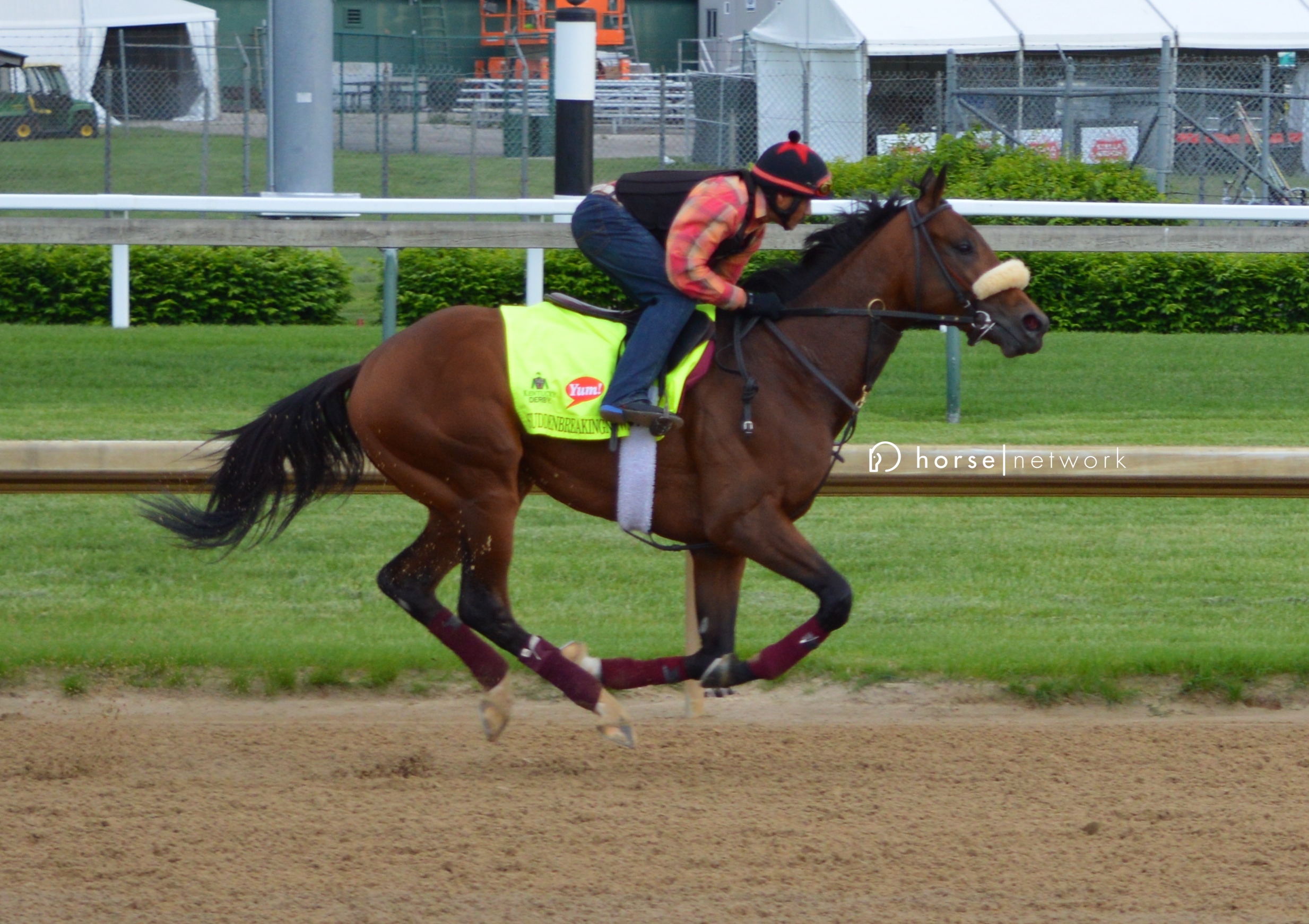 His connections were as surprised as anyone, and there is actually a record of his castration. But clearly, that procedure never actually happened. While the single cryptorchids can still enjoy stud careers, it’s highly unlikely a a double ridgling will be able to get the job done.

Balls or not, Suddenbreakingnews is a legitimate threat to upset the Belmont Stakes.

It’s a big day at Belmont so you know Todd Pletcher is looking for a slice and he’s bringing a pair of speedy colts to the table in Destin and Stradivari. Destin overcame a rough trip in the Kentucky Derby to finish 6th in his first start off an 8-week layoff. Assuming he improves off that effort, his pace-stalking style has traditionally been a formula for success in the Belmont. Stradivari took his first leap into stakes company at the Preakness and answered the bell by finishing a close 4th. He’s still green, but looks to have plenty of raw talent in the tank.

Arkansas Derby champ Creator will try to rebound from a hellacious trip in the Kentucky Derby, while stablemate Gettysburg figures to set the pace and see how far he can take the field.

.@BelmontStakes contender Creator in for a roll post workout on the Belmont training track this morning pic.twitter.com/TVJweitYrp

Brody’s Cause and Preakness runner-up Cherry Wine give trainer Dale Romans two live bullets in his quest for his first Belmont Stakes win. If the pace gets hot, this pair could definitely have a say.

Two years after teaming up to topple California Chrome’s Triple Crown with Tonalist, Christophe Clement and jockey Joel Rosario are back with New York bred Governor Malibu, the runner-up last out in the Peter Pan. While he looks to be a notch below the big hitters, you have to respect a horse on his home track. 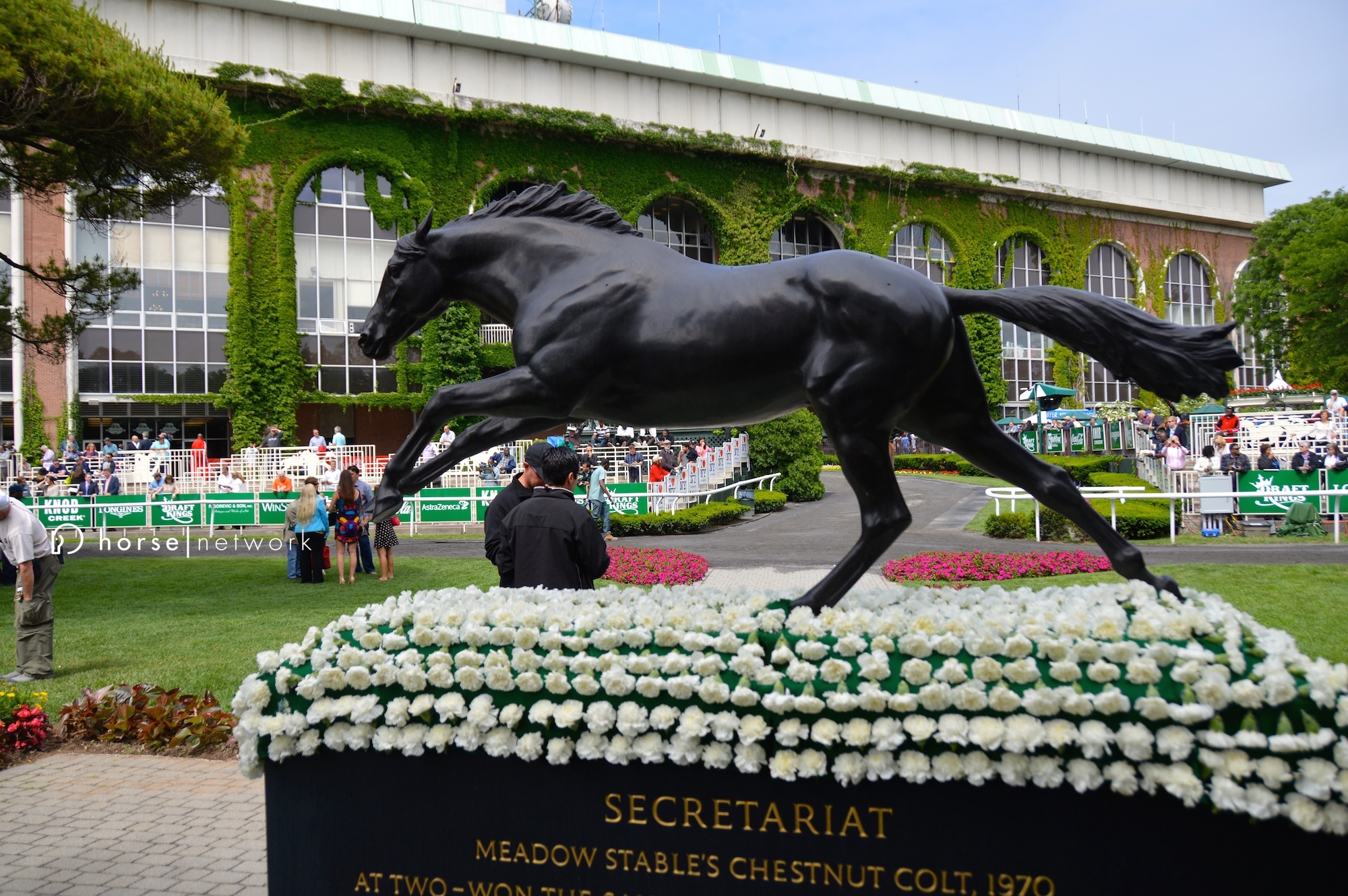 Look, we all just have to accept the fact that last year’s Belmont Stakes may never be topped in our lifetimes.

Great. Because there will be a Belmont Stakes on Saturday, just as there’s been each June for the past 148 years, and it should be a hell of a horse race.