Jennifer Gates on Horses, Human Biology, and Who Fixes Her Computer 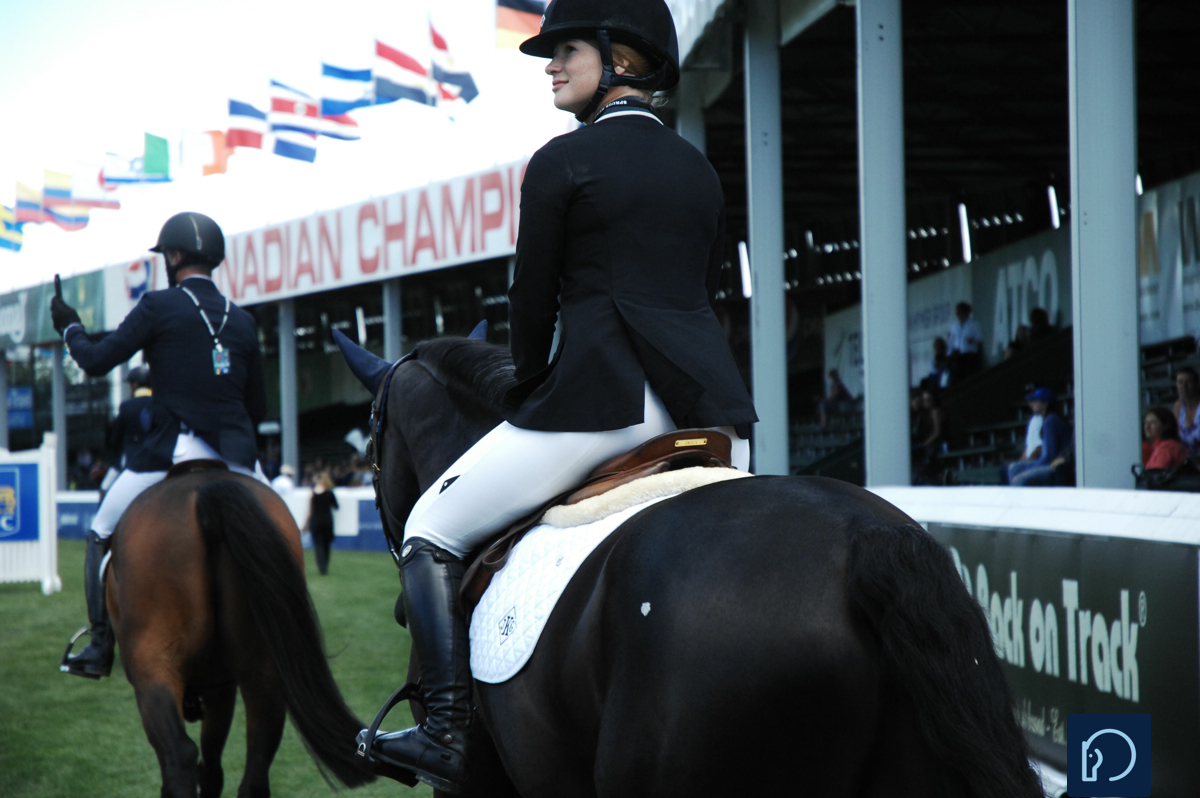 She’s a Stanford student during the week and moonlights as a show jumper on the weekend. Jennifer Gates, daughter of tech-magnate-turned-philanthropist Bill Gates, may be a billionaire by blood but she’s a weekend warrior at heart.

You made your 1.60m debut this year with Pumped Up Kicks. Tell us about him.

I’ve had him for about a year now. I got him from a friend of mine, Lillie Keenan. She had shown him in some 5*s and was looking to sell him, have him move down a level. She was moving trainers, so the timing just kind of made sense. She was the one who really encouraged me to try him. She said, ‘I promise you, you’ll get along great.’ And I did.

It took a little while for our partnership to click. At Thunderbird last year I was doing the 1.30m and having two or three down. So I’ve come along way thanks to my trainers.

Was there a specific moment where you thought, okay, this is coming together?

Yes! I did my first Saturday Night Lights grand prix Week 11 of the Winter Equestrian Festival [in Florida] this year, which is something I said I’d never do because it was too big and too scary! My trainers, Hardin Towell and Sayre Happy, encouraged me to do it. I had one jump down. After I rode that round, I thought, this horse is amazing! He’s given me so much confidence. I’m not a very confident rider usually. That was a good moment with him, but there are so many more.

You and Hardin seem to have a great partnership. How did that come about?

When I was little I trained with Parkside Stables, which is based in Seattle. They had a working relationship with Hardin’s father, Jack Towell, who taught me in my first clinic. I jumped my first oxer with him—it was one foot tall and I was so nervous! When I was started to want to ride some nice ponies, Jack helped me with that. Eventually, when I was ready to start to travel a bit and do the jumpers, Hardin started training me full time.

It’s been about three and a half years and I couldn’t ask for anything better. It’s really fun to see him come along with his riding and he’s given me so much confidence and helped me progress.

Competing and going to University full-time—that’s a tough schedule to keep.

I’m at Stanford during the week, then horse shows on the weekend. It’s a little busy but I love doing both.

I’m studying Human Biology. I just took a class about children, youth, and the law, so we learned about the juvenile justice system, the foster care system, and all the issues surrounding that. I’m really interested in children’s wellbeing, especially here in the United States. I find that fascinating.

So do you think riding might be a career path?

I honestly don’t know. I never saw myself jumping these big classes, ever. So it’s kind of new to me that I could do them and do well. I always thought I’d just be an amateur and go to medical school or pursue another professional career. But I don’t know now. This may be something that I’ll want to dedicate a few more years to and try and jump 5* Grand Prix and see where it goes.

Okay, we have to ask: who fixes your computer?

(Laughs) I try to do it myself.

Really?! You don’t a have personal tech support (*cough* your dad) on speed dial? Because that’s the dream of just about every person who’s ever owned a computer.

No, I like to be pretty hands on. Someone will help me sometimes. My dad is not that person. (Laughs) he’s not actually all that great at it.

That might just be the best thing we’ve ever heard. Thanks for your time, Jennifer!

*Special thanks to Rebecca Berry, who may or may not know the difference between Apple and Microsoft.