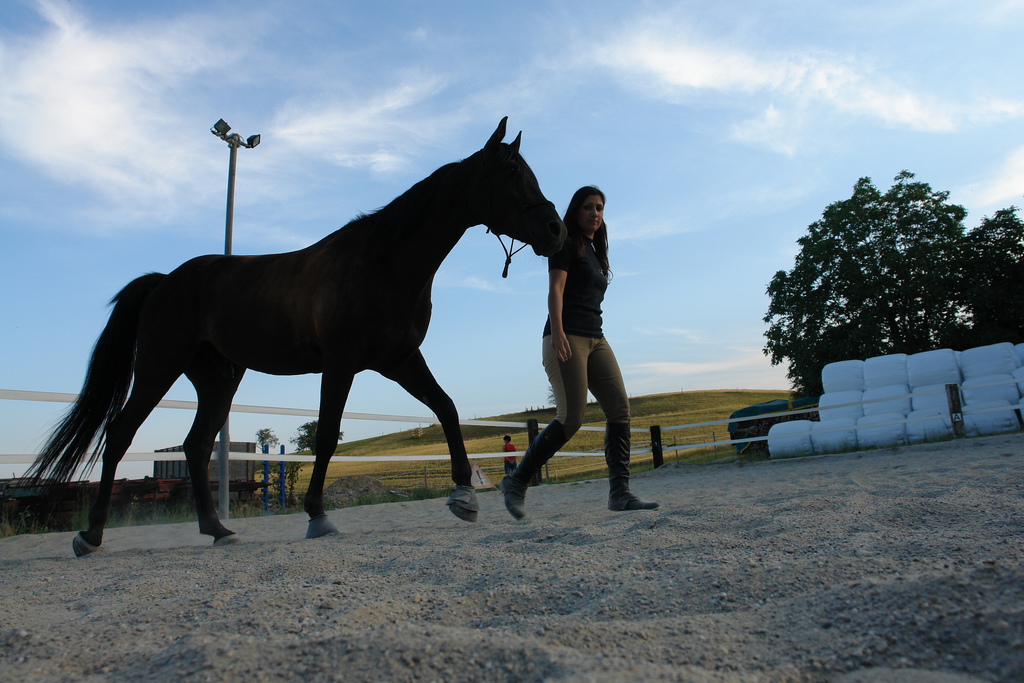 “I don’t do this horse justice.”

How often have I heard someone with a nice horse say something along those lines?

“My horse could do so much better if he had a more [talented/brave/ambitious/younger] rider—blah, blah, blah.”

Do you really think your horse cares for one fractional nanosecond how many blue ribbons he wins? Or, that he sits up at night worrying about how you’re destroying his dreams of winning a USET gold medal?

The last thing your horse “wants” is to be owned by some ambitious, striving kid, because that is exactly the kind of rider who is going to make him work hard! He doesn’t want blue—he wants green, as in grass.

Sure, if you gallop him all over hell, or sit lopsided and give him a sore back, or yank his teeth out with bad hands, he’d “prefer” you were a better rider, but a horse has no interest in his “destiny”. So if you have a nice horse, and can afford to keep him, even if people are trying to buy him out from under you, just ride him and enjoy him.

I heard a great answer to this 50 years ago. Someone said, after a not-so-shiny show jumping round, “My horse deserves a better ride than I can give him.”

The response—”By that standard, the only four riders in America who should jump a horse are Bill Steinkraus, Ben O’ Meara, Frank Chapot and Kathy Kusner. Shut up, enjoy him, and do the best you can.”

As a sort of corollary to the idea that a horse worries about “not reaching his destiny” is the idea that some sort of “destiny” measures the self worth of a rider.

But most people, unless they are teenage fame junkies, are only mildly interested—if at all—and only then in the most peripheral of ways.

What most actual, real riders give a hoot about is some sort of mild personal goal or hint of progress with a young horse, or a blue ribbon at the local fair; not what some hot shot did with one of his string of million dollar show jumpers or eventers in Grufenhammerwittersburgh, Germany over the past weekend.

So go do your thing with your horse, and if you have some success or make some gains toward a personal goal, go celebrate, and take satisfaction from the main thing—that you were out there trying and not being “one of those cold and timid souls who knows neither victory nor defeat,” as TR so perfectly phrased it.

No, he doesn’t care if he never wins a blue ribbon, but yes, he does care if the riding causes him discomfort.

So, how to make sure you are not inadvertently causing distress to the love of your life?

Before anything else, is your horse healthy? Wormed regularly, well fed, well shod or trimmed, all those basic things we call “horse management”?

1. Are they reasonably fit?

No, not 25 mile trail ride fit, or training level eventing fit, but fit enough so that the riding you do isn’t causing him to pant, get lathered in sweat, and shoot his heart rate through the roof. It is blatantly unfair of you to take an unfit, unworked horse and stress him for YOUR “fun”. So, number one on your list, bring him carefully to the degree of fitness that can withstand your riding or driving demands.

2. Does your saddle fit?

Do you use clean, shock absorbing pads? If you can’t tell, get advice from someone who can tell. Poor saddle fit can cause lots of pain.

3. How about your weight distribution?

Are you in balance with your horse, or are you flopping around up there? Just because you are maybe not on a blue ribbon quest does not absolve you from having enough riding skill to move with rather than counter to the movements of your horse. No, you don’t need an independent seat, but you should be in general harmony with his movements at the trot and canter, by knowing how to post and get off his back, so you don’t bounce and hurt him.

4. How about your hands, and the bits you use?

Are you a rider who uses strong rein aids, and long shanked bits, or are you careful about both what you put in his mouth, and how you communicate with that mouth?

Here’s the thing, as I see it: You don’t have to be a “good rider” in the sense of having technical skills to be a “considerate” rider.

About the Author
Named “One of the 50 most influential horsemen of the Twentieth Century” by Chronicle of the Horse, Denny Emerson was elected to the USEA Hall of Fame in 2005. He is the only rider to have ever won both a gold medal in eventing and a Tevis Buckle in endurance. He is a graduate of Dartmouth College and author of How Good Riders Get Good, and continues to ride and train from his Tamarack Hill Farm in Vermont and Southern Pines, NC. 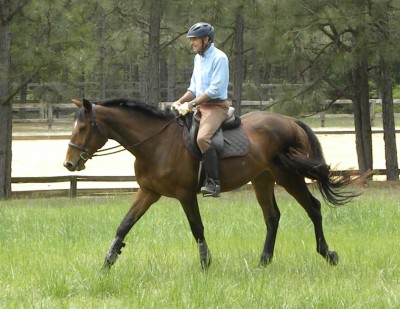 Named “One of the 50 most influential horsemen of the Twentieth Century” by The Chronicle of the Horse, Denny Emerson was elected to the USEA Hall of Fame in 2005. He is the only rider to have ever won both a gold medal in eventing and a Tevis Buckle in endurance. He is the author of How Good Riders Get Good, and continues to ride and train from his Tamarack Hill Farm in Vermont and Southern Pines, NC.