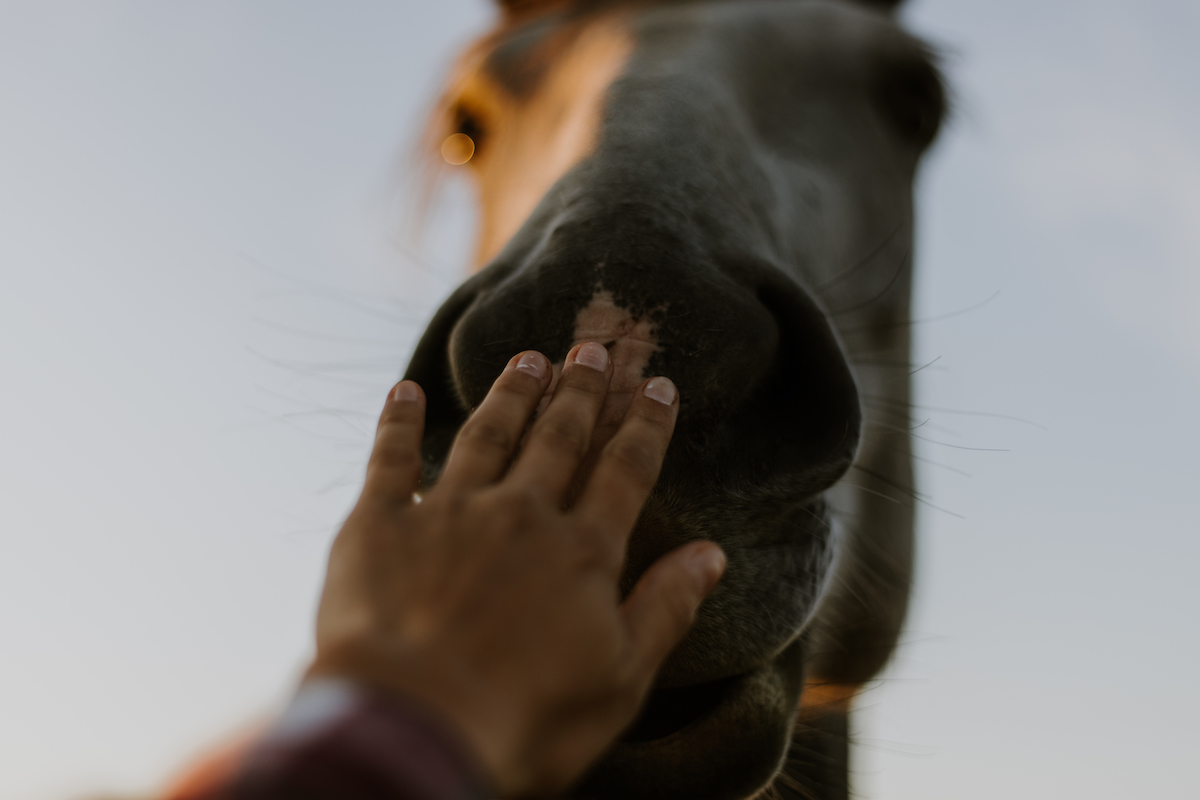 He’s hiked the nearly 2,200 miles of the Appalachian Trail between Springer Mountain in Georgia and Mount Katahdin in Maine and biked across Canada, among other trips. In a recent conversation on HN Reads, he said that a ride across the United States just seemed like the next thing to try.

A trip on horseback, however, came with its own set of challenges. McNeil quickly found out a horse is nothing like a big dog. Piper, the green-broke, grey Tennessee Walker that was his constant companion as he traversed the country, had as much to learn about life on the road as McNeil did about horses.

But unlike other trips Jesse had taken, traveling with a horse had unexpected benefits as well. McNeil found that strangers often opened their doors and invited him in for the night.

“Horses are ambassadors,” he told me. There is something about them that brings out the best in people.

In the three years I have been hosting HN Reads, this was not the first time I’ve heard of strangers’ kindness on long rides. In Melissa Priblo Chapman’s book Distant Skies, she talks about the wide variety of people who offered her a place to stay. Sometimes they sheltered her, her horse Rainy, her donkey Amanda and her dog Gypsy from lousy weather. Other times, they would offer up food and friendship.

The same generosity of spirit was also a central theme in Elizabeth Letts latest work on non-fiction, The Ride of Her Life: The True Story of a Woman, Her Horse and Their Last Chance Journey Across America. From Maine to California, 63-year-old Annie Wilkens and her horses faced many challenges, many just as common now as they would have been during their trip in the mid-1950s. However, like Jesse and Melissa, the kindness of strangers was often as breathtaking as Annie’s adventurous spirit.

For more horse book content, tune in to HN Reads, the Podcast!