King and Odysseus Are Finding Their Rhythm 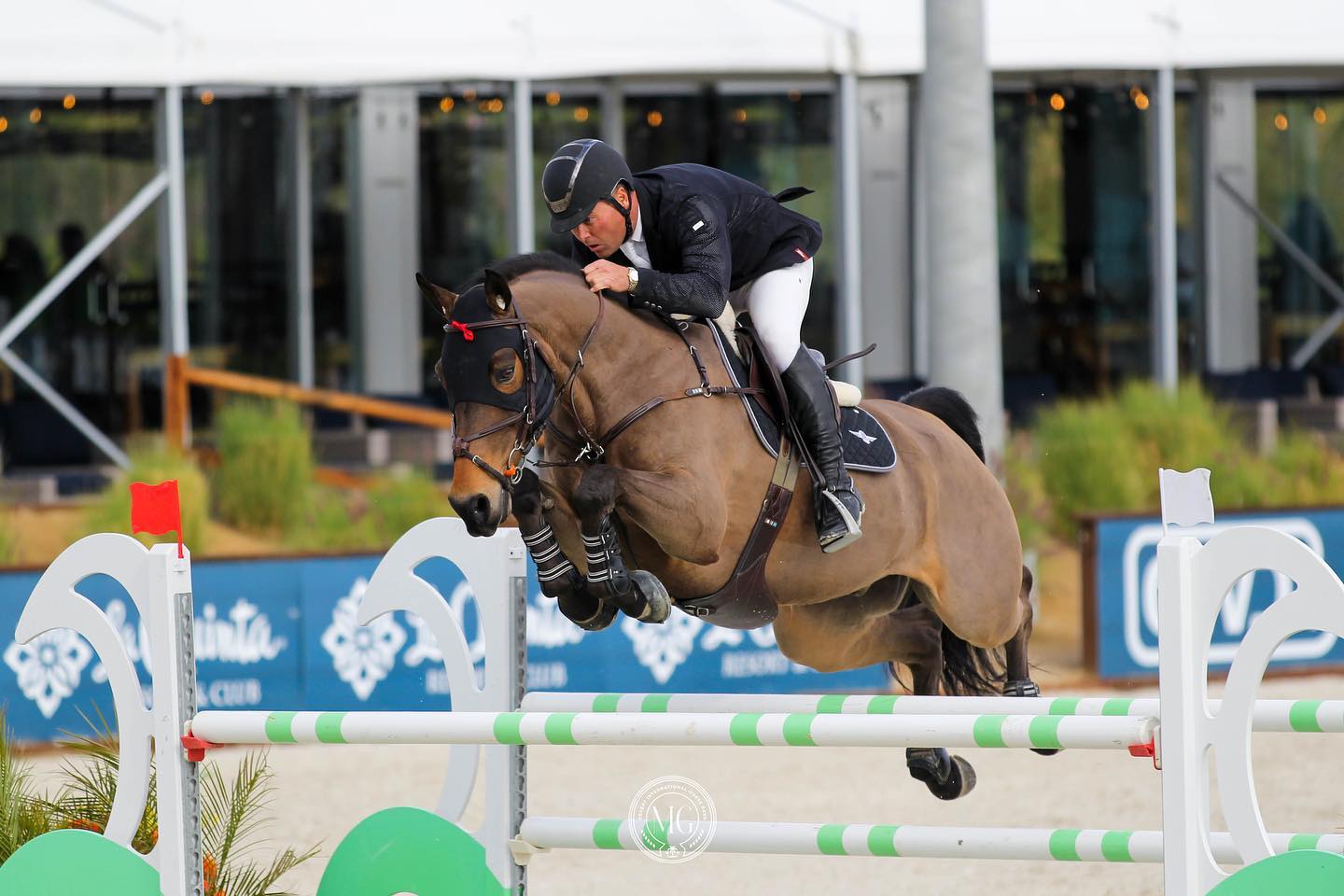 In Greek history, Odysseus is a legendary king of Ithaca and the hero of Homer’s epic poem “The Odyssey.”

Odie, as he’s known in the shed row, was bred and developed by owner Patricia Vasey (USA). She showed the 12-year-old bay gelding up to the CSI3* 1.40m level before handing over the reins to King mid-2022. On day two of the 2023 Desert Circuit, the pair reigned supreme in Ken Krome’s 15 effort speed track, besting an 18 horse-and-rider field in the first 1.45m class of the season.

Sixth in the order and the first of two rides for King in the class, he and Odysseus set the time to beat early in the order, stopping the clock at 60.667 seconds. None would catch it.

“Odie is a very fast horse. I am not exactly sure about his stride length totally yet,” said King. “I’ve had him probably five or six shows now, but it’s a little different [on] grass and [sand].

“We adjusted our plan and went inside and got a good first jump. So I got the six [strides] and the five [strides from fences one to three], which was a little desperate, but it sort of set me off for the whole trip. And then, honestly, the rest of the trip, I just followed the rhythm around.”

Only one other combination managed to stop the clock under the 61 second mark. Mark Kinsella (IRL) finished runner up with Quality H in 60.973 and took third with La Capitol in 62.084.

Odysseus may be under King’s command, but Vasey’s influence is readily apparent in the Fenwick’s Liquid Titanium Horse Mask he wears in the ring. The mask is said to produce Negative Ions that can help reduce stress and anxiety and was introduced by Vasey to “keep Odie’s mind quiet.” King has been reluctantly adopted the accessory.

“I tried to ride him without it once because I think they looked funny and he wasn’t great—he wasn’t horrible, he just wasn’t the same. So I put it back on and he was consistent,” shared King.

Thursday’s win marks his first with Odysseus. To date, the pair has made only one international appearance, a CSI3* at Thunderbird Show Park in September 2022, but King has high hopes for their burgeoning partnership.

“I’m very excited to see what we can do from here because I think he can really, really jump. He’s green at this level of it, but he’s ready.”