Karolyi and C’est Jolie Derby Debut at No. 1 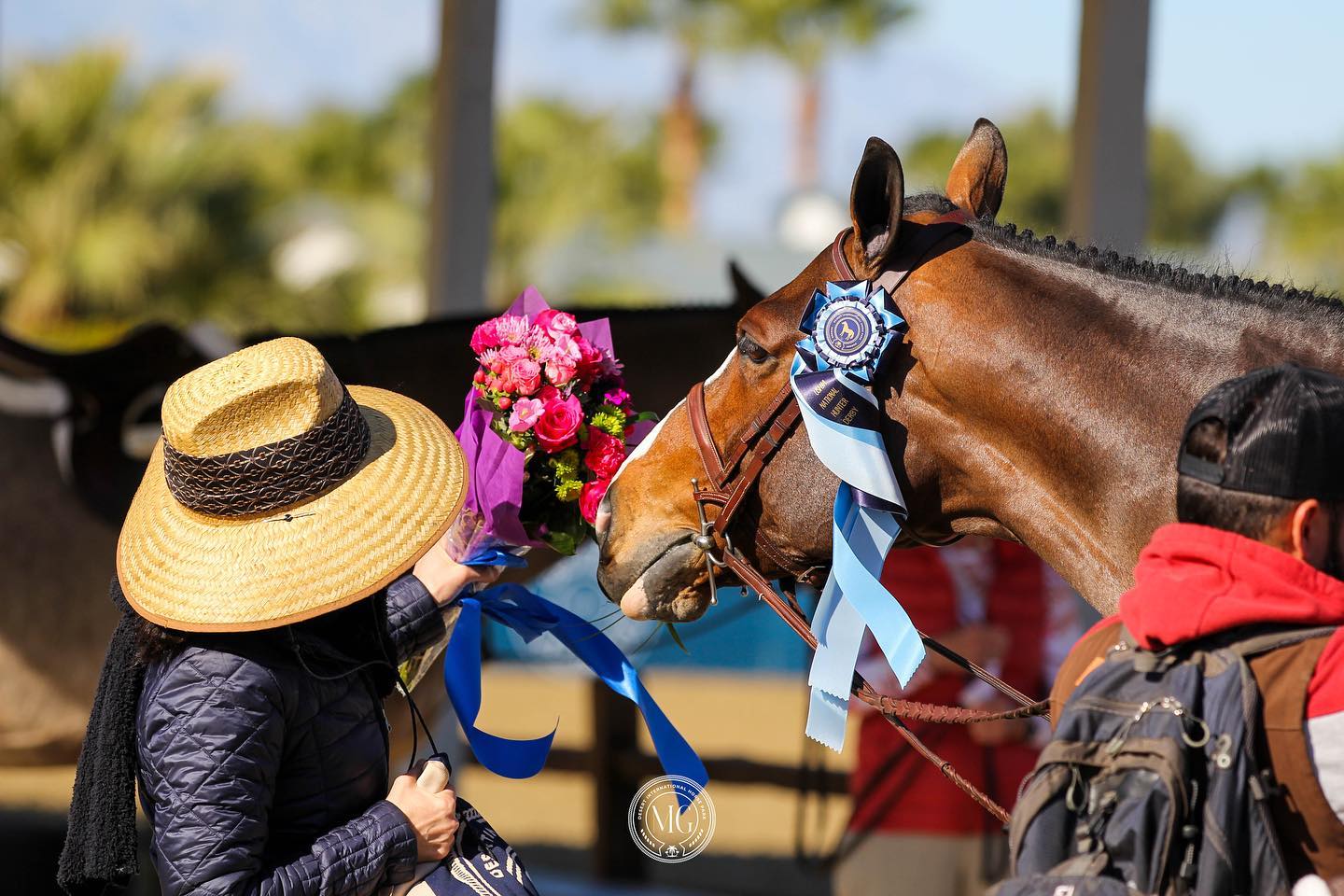 Jolie in French means “pretty one.”

Friday’s class was a maiden voyage for Karolyi and the 11-year-old Westphalian mare. The California-based rider stepped into the stirrups as a late game rider change.

“I just kind of last minute came in to help [trainer] Carlton [Brooks] a little bit this week. My first time riding her was on Tuesday and this was actually my first class on her, so Round One I got to know her a little bit and then I kind of figured it out and trusted her in Round Two. She’s really nice.”

The USHJA National Hunter Derby is a two-round format that uses the open numerical system to score competitors in the Classic Hunter Round (first round) on performance, hunter pace, jumping style, quality and substance, and movement. The top 12 horse and rider pairs then return for the Handy Round, which rewards brilliance of pace and handiness. Competitors earn one point for each high option fence jumped up to a maximum of four.

Karolyi and C’est Jolie scored an 87 in the first round to move into third and a 90 in the Handy to take over the lead, finishing on a total score of 177. Just 1.5 points separated the top three. Alexis Taylor (USA) and Timeless Romance took second on a score of 176. Eighteen-year-old Skylar Wireman (USA) and Clarino finished third on 175.5.

“The handy was directly to a oxer on the right lead. I wanted to make sure I showed some pace, and it came up nicely, especially for the inside turn afterwards,” said Karolyi.

“She followed me right to fence two and galloped up. She really followed me nicely to the in and out, and she was just super handy and followed me everywhere. She was really nice to ride.