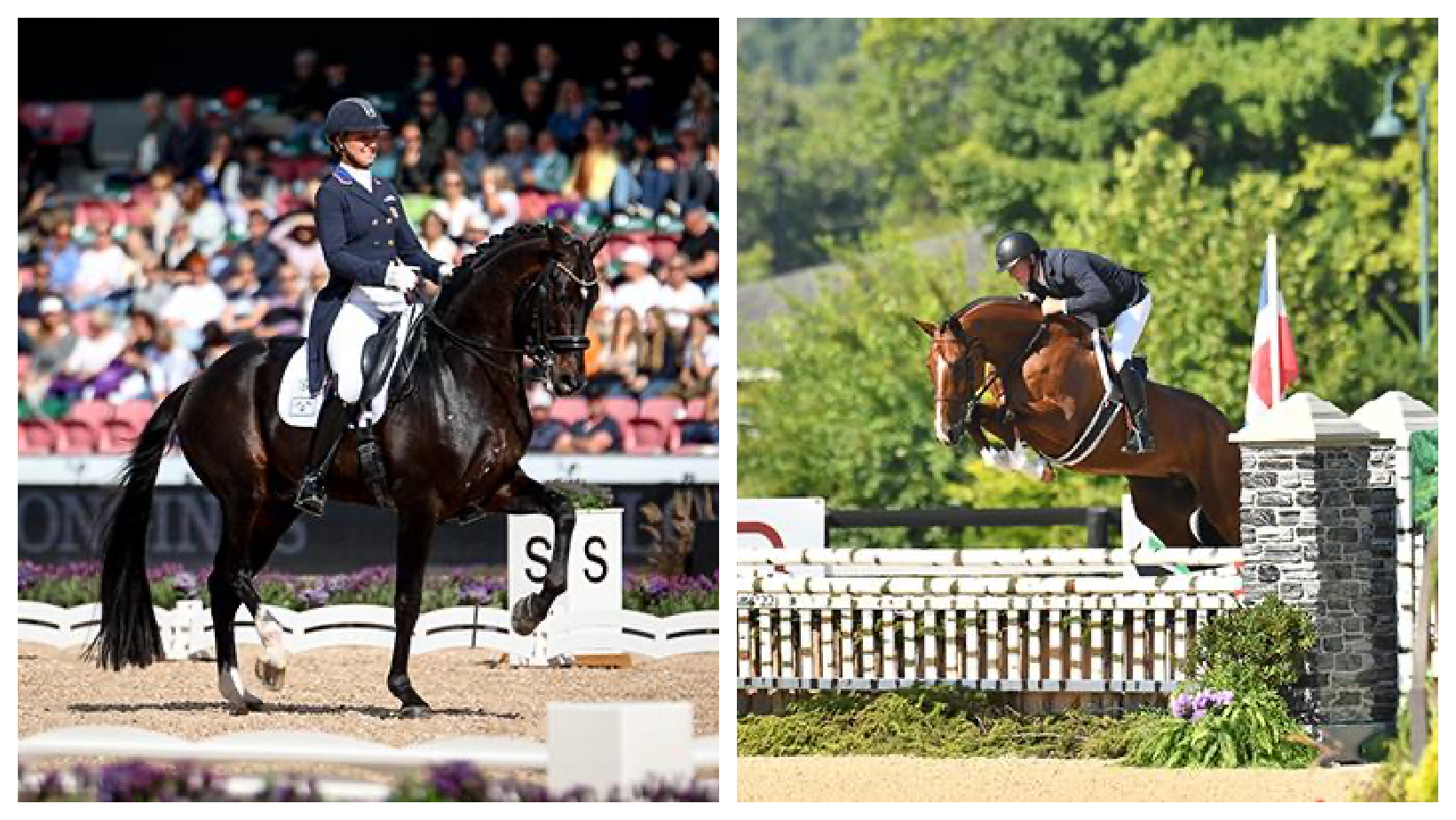 You don’t get extra award points for being humble, but if you’re 2022 Equestrians of the Year Adrienne Lyle and Hunt Tosh, you certainly win a few more fans in the sport.

Both riders were honored at the 2023 USEF Pegasus Awards Dinner Celebration on January 12 in Lexington, Kentucky, having been selected by US Equestrian member voters. Lyle was nominated for the International Equestrian of the Year titles and Tosh for the National title late last year.

Despite being one of the busiest riders on the hunter circuit, Tosh—winning his second consecutive USEF National Equestrian of the Year award—says his skill in the ring comes second to the talented people around him helping him and his horses be at their best.

“One definition of ‘horseman’ is one whose skill with horses is exceptional,” said Tosh. “Although I do not consider myself exceptional, I’m fortunate to be surrounded by those who are: a group of people that includes my family, friends, vets, farriers, grooms, breeders, farm manager, and owners who I am lucky enough to call my friends. I learn something from these exceptional people every day.”

Olympic team silver medal-winning dressage rider Adrienne Lyle expressed similar sentiments. “One of my favorite sayings is that, when a rider stands on a podium, they never stand alone. It is incredible how many people’s dreams are intertwined in this sport of ours, and just what a huge village it takes to help make these dreams come true.

“I’m thankful to all the amazing people in my life who have supported me and helped shape me into the rider and horsewoman I am today,” said Lyle, who went on to thank coach Debbie McDonald, owner Betsy Juliano, and her team of grooms.

Together with Juliano’s 16-year-old Hanoverian stallion, Salvino, Lyle earned a personal best score of 85.580% to win the FEI Grand Prix Freestyle during Week 11 of the Adequan® Global Dressage Festival last March. The longtime partners also placed second in the CDI4* Grand Prix at CHIO Aachen against some of the world’s best, going on to post an 83.704% in the Blue Hors FEI World Dressage Grand Prix Freestyle Championship in August. It was the second-highest score of Lyle’s career, earning the pair sixth place in a strong international field.

As befitting their status as Equestrians of the Year, both riders went on to thank—who else?—their exceptional mounts. “We all owe the most to the horses,” Tosh said. “To be able to spend my life caring for these animals is a privilege.”

Added Lyle, “Thank you to these horses, these amazing animals who allow us to be part of their journey, and bring so much joy to so many lives.”