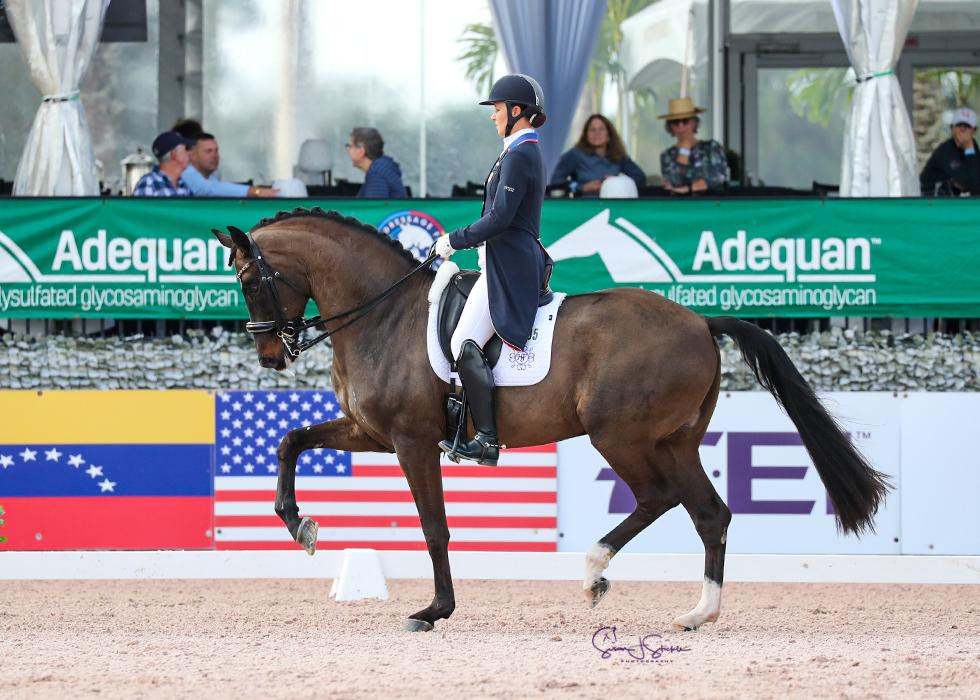 No matter which country you root for, most dressage fans can agree; there’s nothing better than watching a veteran partnership competing at their peak.

That’s just what fans were treated to on January 12 in the FEI World Cup™ Grand Prix during opening week of the Adequan® Global Dressage Festival in Wellington, Florida.

Last to go in Thursday’s class, American Adrienne Lyle and her 2020 Tokyo Olympic team silver medal-winning partner, Salvino, finished heads above the pack on a score of 77.5%. Sarah Tubman (USA) and First Apple took second with a score of 70.5%, while Caroline Darcourt (SWE) rounded out the podium riding Lord Django (70.283%).

What’s more? Despite their dominant victory, it appears Lyle and Salvino will still have plenty to work with for Friday’s freestyle performance.

“[Salvino] went in again today with another mistake-free test. He really clicked into the rhythm for the piaffe and passage work. I think we still have more in the tank for the freestyle, so I’m excited about that,” Lyle said.

“It should be nice and cool weather [on Friday], with a packed house, and he loves both those things.”

Lyle should know. The American rider has been paired with the 16-year-old Hanoverian stallion for seven years, earning team silver not just in Tokyo, but also during the FEI World Equestrian Games in Tryon, North Carolina in 2018. In 2021, the duo won every (non-championship) class they entered, and while their 77.5% Grand Prix score Thursday was certainly nothing to sneeze at, they are capable of much more—especially in freestyle.

Case in point: Their record-setting 85.58% in the Grand Prix Freestyle CDI4* in the final “Friday Night Stars” event of 2022. That win marked the highest-ever score recorded to date at the Adequan® Global Dressage Festival.

Could a repeat performance be in the cards this week? Lyle seems to think so. “I love feeling him finishing a test with that much energy and enthusiasm,” she said. “He’s just always so incredible in the ring.”