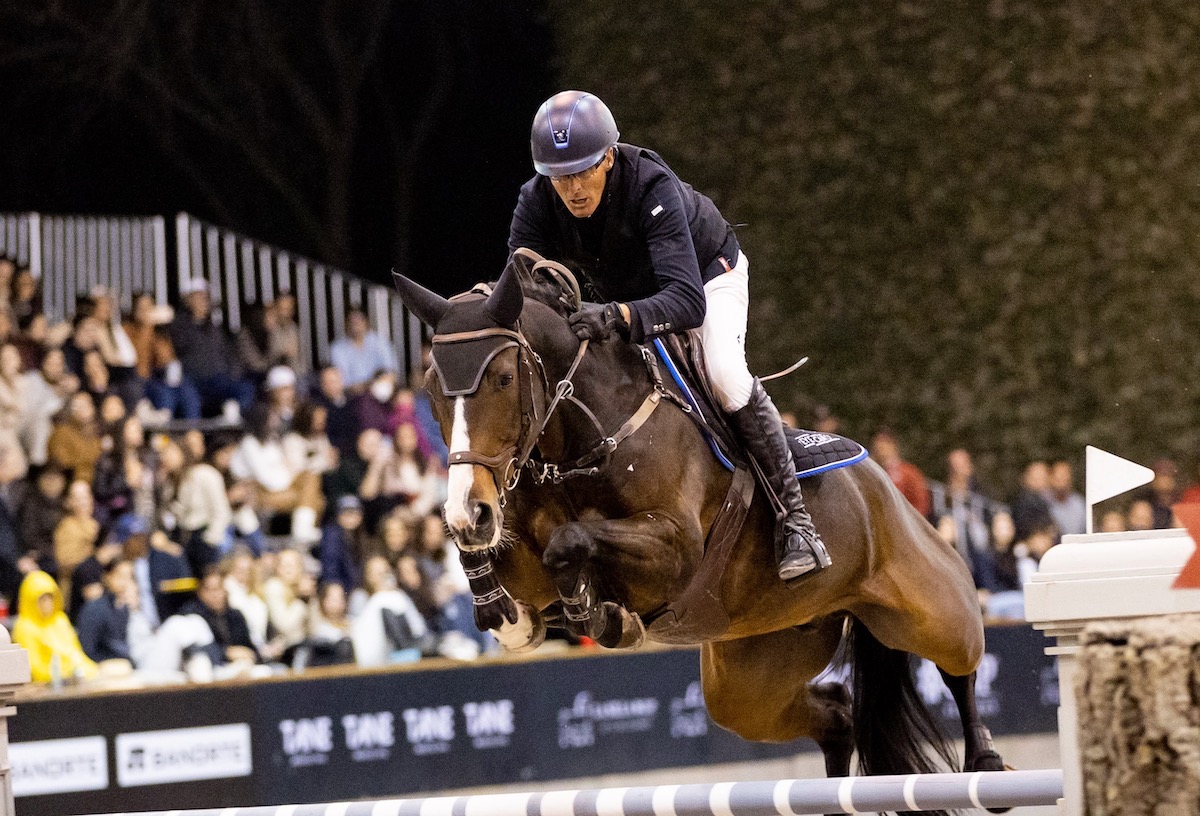 Eye Candy closed the gap on Helios’s dominant lead in Monterrey on Saturday and it didn’t come at a moment too soon.

Helios, Major League Show Jumping’s most dominant team this season, was riding a 16-point lead heading into the eighth leg of the tour. Last week, they topped the team podium for a record fifth time in Mexico. But fortunes turned week two in Monterrey as the MLSJ Team Event moved indoors for the first time ever.

Clear rounds were few and far between over the Gregory Bodo designed course on Saturday. Helios failed to make the top four for only the second time this season, with an eight fault performance by Eugenio Garza, five faults from Karl Cook and one fault from Bliss Heers.

Don’t call it a comeback

Trailblazers added four new heavyweights to their team during the mid-season trade portal and the strategic investment is paying off in the second half of the season. New recruits Lillie Keenan (USA), Darragh Kenny (IRL) and Manuel Gonzalez Dufrane (MEX) represented for the ‘Blazers in Monterrey II and posted the lowest team score in the first round—just four faults—with clears from Keenan and Dufrane.

In the second round, they narrowly missed the gold medal match by four tenths of a second (90.88 seconds to Spy Coast Spies 90.47). But Kenny sealed the deal for the bronze with a speedy clear in a jump off against Roadrunners’ Alexis Sokolov.

Lights out for the North

The Northern Lights have been knocking at the door these past four legs of the MLSJ tour, putting in some of the most consistent team performances of the season. But that door has remained solidly closed.

The Canadian centric team tied on faults in the first round of the team events in Traverse City, Toronto, and San Miguel de Allende but fell just short of the top four on time. Last week in Monterrey, they posted the scores to advance to the second round, then were disqualified due to a spur rub on Juan Ortiz’s Kinky Boy Van Het Gildenhof. (The FEI “blood rule” dictates automatic disqualification.)

This week it was more of the same. The third team to tackle the course, Northern Lights posted a 12 fault team total to jump ahead of Helios (14 faults) and Team Lugano (21 faults). By the first round’s end they were tied with Eye Candy on faults. But missed qualifying for the second round on time. Again.

Despite being captained by perennial tour de force Shane Sweetnam, a spectacularly consistent season from Lacey Gilbertson and one of the speediest jump off riders in the League in Jordan Coyle in the medal deciding round, Spy Coast Spies finished in the runner up position in Monterrey—for the fifth time this season. They’re sitting in third in the team standings on 38 points but have yet to log a win this season.

Helios is the god of the sun, but it was Eye Candy bringing the heat in Monterrey. Last year’s season champions have made regular visits to the podium this season but only once topped it.

That changed in Monterrey. Richie Moloney, Jacqueline Steffens and Paul O’Shea each collected a rail in the first round to finish on a first round score of 12, but managed to stay just above the cut line to squeak into the top four. Returning on a clear slate, they jumped to the top of the leaderboard in round two with the second speediest jump off round of the day (42.48) from Steffens.

“I was able to see Jordan go, which was very helpful, and I’d seen a few go with Richie and Jacqueline earlier. Jacqueline was very quick, so that was very helpful because then I had an idea of what I needed to do and where to do it. It was definitely an advantage to go last,” said O’Shea.

Added Steffens, “It’s really exciting to get our second win now of the season. I think it was an important one for us trying to get back into striking range to maybe take over the season standings.”

Now with 48 points, last season’s champions are within striking distance of defending their title. But there’s still a nine points of ground to cover to catch Helios (60 points).

MLSJ next heads to Desert International Horse Park for the final two legs of the season, December 1–4 and the 8–11. Don’t miss a minute on MLSJ TV.