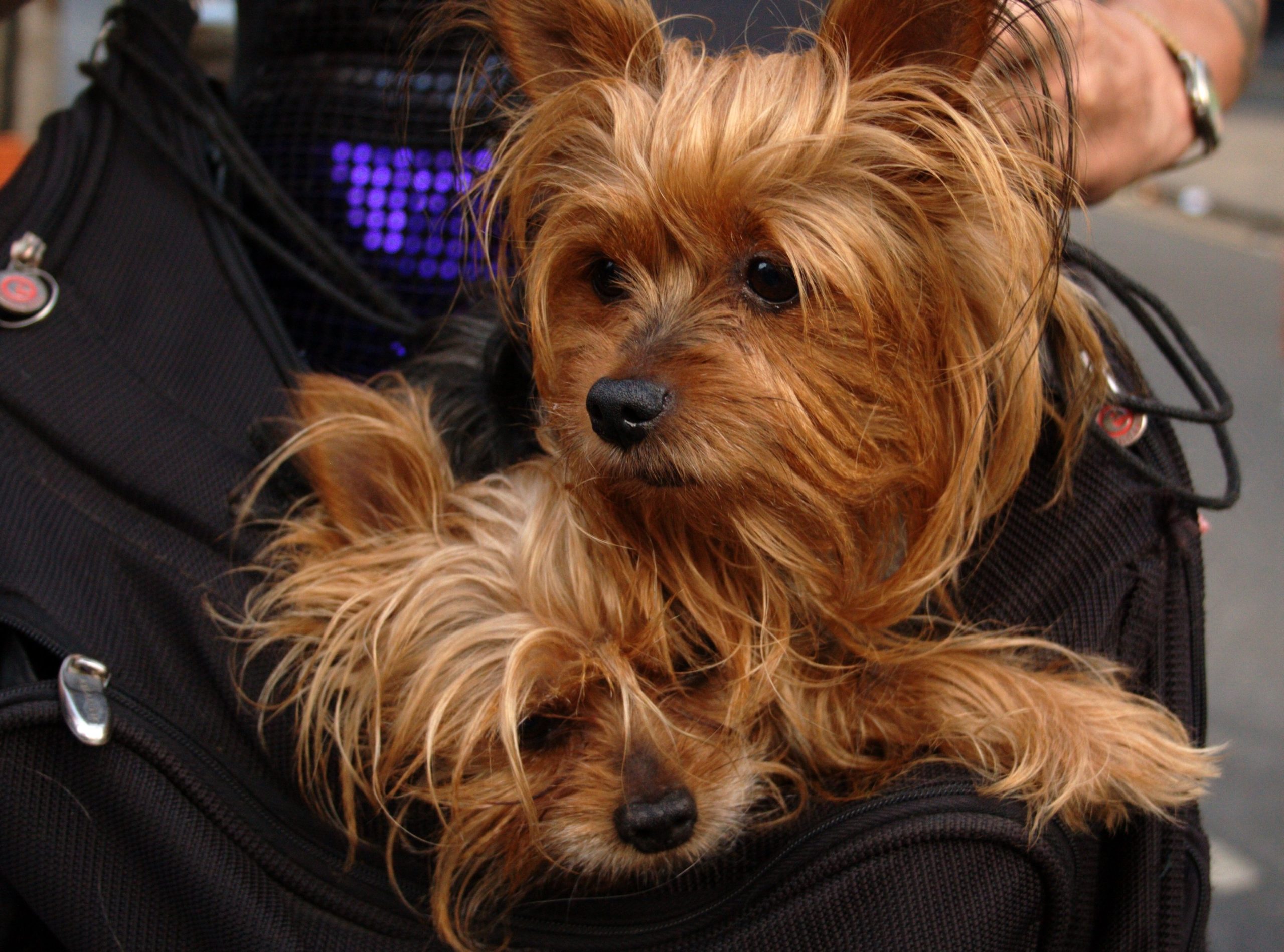 HALIFAX, MASSACHUSETTS—A New England hotel owner located near the upcoming Silver Oak Jumper Tournament took a look at his bookings for the month of September and was gravely concerned.

“We typically don’t allow dogs at our hotel, with a few exceptions here and there. One of those is for Emotional Support Animals (ESAs), and in the month of September, alone, I think I have six dozen ES dogs registered at the hotel,” says Elliott Shreve, owner of the Super Sleep property in Halifax.

“We always see horse people as the unflappable heroes in every story: Velvet in National Velvet, Albert in War Horse, John f***ing Wayne. I had no idea people in the sport were this emotionally fragile.”

For Shreve, the repercussions of accommodating Emotional Support dogs has come at a high cost.

“Horse show dogs are, generally speaking, pretty well behaved. But there are cleaning costs for hair removal, and added challenges for our staff working around animals in the room that we need to consider. I’ll accept most dogs for the horse show season if our guests pay an extra cleaning fee, but getting them to ante up has become a challenge.”

Shreve says after the airline crackdown by the Department of Transportation last summer, he began asking guests to show their ESA registration cards at check-in in order to remove the fee.

“People were trying to sneak onto airplanes with their Emotional Support peacocks, and whatnot, and thankfully, we haven’t gotten to that point at the hotel yet. And I know the ESA registration is, in many cases, just a card people can pay for online—no one actually evaluates the dogs or the humans,” Shreve says. “But at least it’s something, and I’d be willing to take it.”

Unfortunately, by and large, the horse show community operates by its own set of rules.

“I got so tired of fighting tooth and nail with every show guest that came through the door, I just finally gave up after a certain point,” Shreve says. “Now, we have hounds hanging out in the lobby drinking wine with their owners until all hours of the morning, bichons peeing on our decorative planters, chihuahuas barking unattended in their rooms…

“I love animals, and I’m all for mental health, believe me, but this hotel has literally gone to the dogs.

“I had one rider show up last fall with four Jack Russell terriers. Four. And when I asked her if they were all Emotional Support dogs, she looked at me like I had five heads. ‘Of course,’ she tells me, and then she gets super nasty about it. ‘This one, Toughie, helps with my anxiety; Jack-a-Roo is for my sports therapy; Allie alleviates my stress; and Jilly is the ESA for my daughter’s medium show pony.’

“So, I point out to her that her daughter’s medium show pony isn’t even staying at the Super Sleep—because, you know, we definitely don’t take ponies—and she gets even more angry, and refuses to pay the fee. She threatens to report me and begins to pull up her Yelp app as we’re talking. At a certain point, it’s just not worth it anymore.”

Shreve says, due to the constant pressure of dealing with horse show customers, his own mental health has taken a hit.

“I used to enjoy this job, and I especially loved the face-to-face time with guests,” says Shreve, who could barely be heard by phone on account of the incessant din of barking dogs.

“I probably need my own Emotional Support Animal for this. But I’d settle for a vacation.”