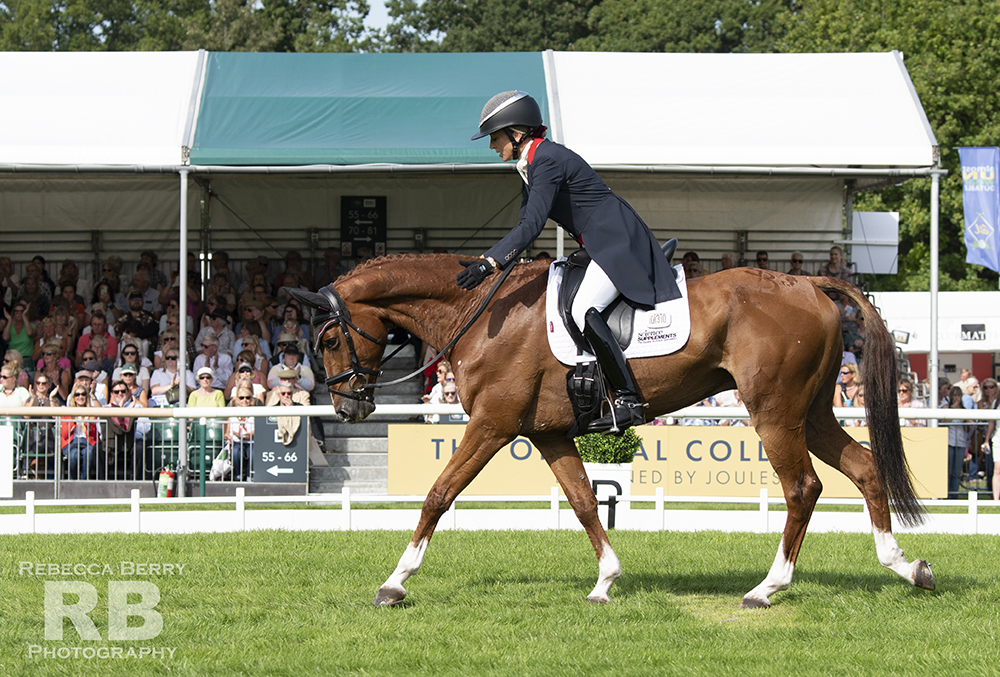 We thought we had already seen the winner of the day at the Land Rover Burghley Horse Trials CCI5*-L in England on Thursday. Twice.

Pippa Funnell (GBR) and Billy Walk On, second in the ring, produced a beautiful test to earn score of 26.2. It held until Piggy March (GBR) and Vanir Kamira delivered a personal best of 22.6.

But once Sarah Bullimore (GBR) and her 15’2 hand homebred Corouet entered the ring it appeared there was going to be a new team at the top of the leaderboard. And there was, by the narrowest of margins: 0.1 penalty points.

“I was chuffed to bits with [Corouet]. He helped me out and looked after me and him being a homebred as well, it’s amazingly special,” Bullimore said of her 11-year-old Oldenburg.

An injured knee kept the British rider on the sidelines yesterday during the first horse inspection. Bullimore fell from another horse on Monday and was stepped on and studded. Much to everyone’s delight the tall and lanky William Fox-Pitt did the honors, towering over the wee chestnut.

“He came out this year very cocky and arrogant and I think he felt I was just a hindrance to him,” Bullimore said.

Corouet has cause to be a little arrogant today after nudging the world number four and her Burghley veteran Vanir Kamira from the top of the leaderboard. This year marks the pair’s sixth Burghley appearance. They placed second at Burghley in 2019, pre-pandemic, and earlier this year, fourth at Badminton

“She has always tried, and she has never let me down. But there is always a very fine line with her,” March said voicing her concern that perhaps she had warmed up a few minutes too long. “She got quite warm going around the edge and sneezing a bit and I thought I was on the wrong side of that fine line.”