Home > Blog > By the Numbers > Sister, Sister: Emilie vs Zoe Conter at the Brussels Stephex Masters   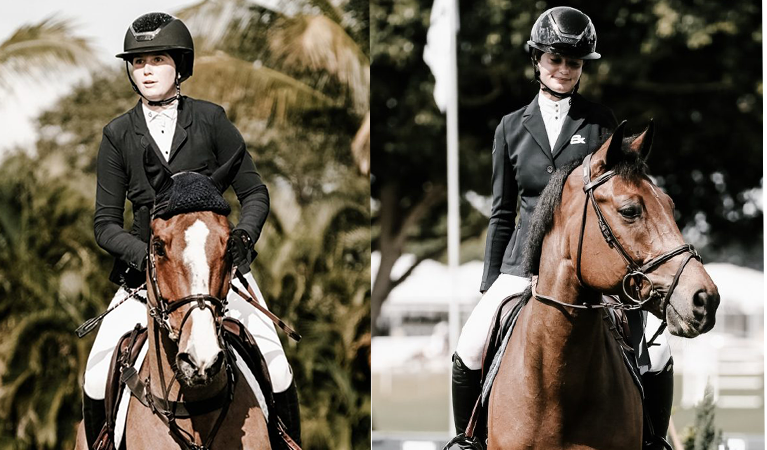 Stephan Conter’s Stephex Stables has not only supported the top riders (See: Daniel Deusser), but the program has also produced top riders, in the form of Conter’s daughters, Zoé and Emilie.

Separated by just under two years—Zoé is 23, while Emilie is 22—the Conter sisters are both highly decorated, earning nine total medals at the European Championships for children, juniors and young riders.

Ahead of the 2022 CSI5* Brussels Stephex Masters—to be held at a brand-new location at the Stephex Stable domain, with two grass arenas—Prixview is breaking down a head-to-head matchup with sibling rivalry.

Zoé Conter may boast the higher ranking, but Emilie is, on average, keeping the jumps up more often. Emilie is averaging 4.11 faults in 2022 across all heights and CSI levels, along with a finish position of 30. Zoe is averaging 5.08 faults, but her average finish position is stronger at 28. Emilie has made 205 international starts so far in 2022, while Zoé has made 192 starts.

However, Zoé is competing at a higher level of difficultly, contesting more CSI5* events, directly influencing her world ranking. Zoé has made 163 starts at the CSI5* level, while Emilie is still coming up the pipeline with 18 CSI5* starts. However, the sisters’ averages in those events remain analogous; both average 5 faults at the level.

It’s important to remember that one cannot jump a CSI5* Grand Prix (or above) until he or she is 18 years old—meaning, Zoé has had nearly double the years of experience at top-level sport than her younger sister. It’s surprising that Emilie has actually made more international starts in her career than her older sister, but Zoé has made more than six times the number of starts at 1.60m as Emilie, 63 vs 9.

It’s easy to tell that these girls have come up through the same program. If these sisters have a weakness, Prixview Next Gen data shows that both predominantly have their rails up front and off the left lead. What really stands out is that both riders have clearly been trained to execute with precision at the open water. Neither have had a foot in the water or a disobedience at the obstacle this year: They boast a combined 13 successful attempts.

What about at their home show? Emilie and Zoé have made an identical 43 starts at the Brussels Stephex Masters. Don’t sleep on the younger sister when you’re making your Prixview fantasy selections this week. Emilie averages just 3.4 faults at the event, while Zoé’s average is slightly higher at 4.08 faults.

Play all of Prixview’s fantasy games this week at the Brussels Stephex Masters at Prixview.com/fantasy.

Feature image: (From left to right) Emilie and Zoe Conter. Courtesy of Prixview