Rich Strike Gets No Travers Respect From Oddsmakers 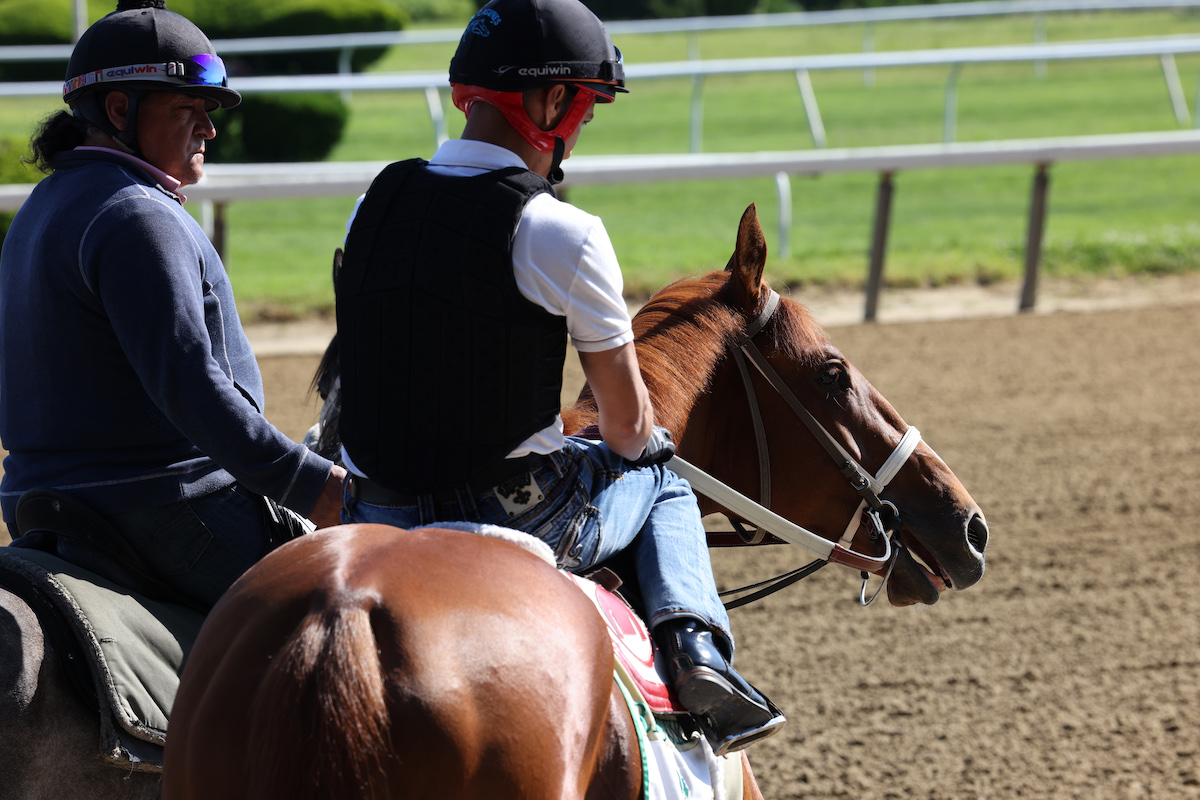 A headline act across New York’s Borscht Belt in the 1950s and 60s, and a regular on NBC’s The Late Show Starring Johnny Carson in the 70s, Dangerfield’s famous laugh line was “I don’t get no respect!”

Drawing the number 2 post and going off at 10-1 odds, connections for the son of Keen Ice must share the comic’s dismay. But they also hope the second biggest longshot winner in Derby history at 80-1 will have the last laugh and rise to the top of the three-year-old class with a big boffo performance in “The Midsummer Derby,” this Saturday’s Travers Stakes (G1) at Saratoga.

But oddsmakers seem to believe Ritchie’s disappointing sixth-place finish in the Jun. 11 Belmont Stakes (G1), won by Mo Donegal,  was more indicative of the horse’s ability than his running down of leader Epicenter in the deep stretch at Churchill Downs to snare the biggest Derby shocker in near-everyone’s lifetime.

Trainer Eric Reed, however, pointed to himself and the strategy he conveyed to regular rider Sonny Leon for the loss, opting in advance of the race to move a horse who won the Derby by skirting the rail to the outside for a hoped-for uncontested Belmont run.

“I saw him in the backstretch tugging on Sonny to go to the rail,” Reed would say with regret after the poor finish.

The $30,000 claimer’s owner, Rick Dawson, and Reed opted to rest the Chestnut colt after the Belmont, to focus on the Travers and a chance to all-but-claim the three-year-old Eclipse Award hardware with a victory.

“The Travers should decide the Champion [three-year-old],” claims Reed.

Brought to Saratoga Aug. 17 and yet another new track, Reed indicated relief with how the horse he calls Ritchie settled into his new surroundings following a first workout two days after his arrival.

“He worked faster than we thought he would,” Reed was quoted as saying in a New York Racing Association press release. “I think my question on him liking the track was answered. It is probably as good as he worked, even since before going into the [Kentucky] Derby.”

Trackside observers have commented Rich Strike has been working well since, which seems to make his odds seem unusually long for a Derby winner.

This year’s 154th edition of the Travers, the oldest stakes race for three-year-old Thoroughbreds, has an even more burnished patina than usual since the year has witnessed seven different winners of grade 1 stakes races, including entry by the winners of the Kentucky Derby and Preakness.

Epicenter will leave post number 6 as the 7-5 Travers favorite in the eight-horse field for trainer Steve Asmussen. The Derby and Preakness runner-up has regained a measure of respect after a decisive victory in last month’s Jim Dandy Stakes (G2) at Saratoga. The son of Not This Time is seen by most as currently wearing the Tour de Eclipse Award leader’s yellow jersey, though by a very narrow margin.

Preakness winner Early Voting, a Gun Runner runner, hopes to be earliest to the Travers’ finish line from post number 7 at 8-1 odds.

Last among the three Derby runners entered, but surely not least, is 7-2 Cyberknife. The only horse in the field to win a second two-turn race, having captured both the Arkansas Derby (G1) Apr. 2 at Oaklawn and the Jul. 23 Haskell (G1) at Monmouth, the other son of Gun Runner could get the three-year-old nod or force the championship to be decided by the Nov. 5 Breeders’ Cup Classic at Keeneland.

The decisive winner of this year’s Curlin Stakes, Artorius seeks to be victorious from post number 5 under regular rider Irad Ortiz, Jr. at 9-2. The Kentucky-bred son of the late, great Arrogate has won two of three starts and placed in the third for his owner, Juddmonte Farm.

Only two entries were sent off at longer Morning Line odds than Rich Strike after Wednesday morning’s draw.

Ain’t Life Grand hopes it will be just that on Saturday for trainer Kelly Von Hemel and the colt’s RPM Thoroughbred owners. At 20-1 in post number 3, the Iowa-bred son of Not This Time doesn’t have the name recognition of his seven competitors, but he does own three wins in his six races including the Iowa Derby (listed) victory that earned him a Travers shot against his big-city rivals.

Grandview Equine’s Gilded Age, a son of Medaglia D’Oro (get it?) will enter post number 4 with the longest early odds, which at 30-1 are certain to close by post time. He’s won only two of his eight races with a place and a show, but convinced his connections he belongs in this field on the strength of a third-place run in the Feb. 5 Withers Stakes (G3) at Aqueduct and a runner-up finish in the Jul. 29 Curlin Stakes (listed) during this Saratoga meet.

Against three familiar main foes as well as four new manes, Reed hinted at a reconsidered strategy earlier this week, saying “[Rich Strike] likes to have a horse on his right.” If that’s accurate, it suggests a run from his near-rail post position 2, closer to his rail-hugging Derby effort, but with a swifter start and less traffic to weave through.

There will be more to say about the Champion Three-Year-Old Male Eclipse Award chase and what it likely will take to run it down before Travers Day at Saratoga on Saturday.