Northern Lights and Trailblazers Make First Substitutions of the Season 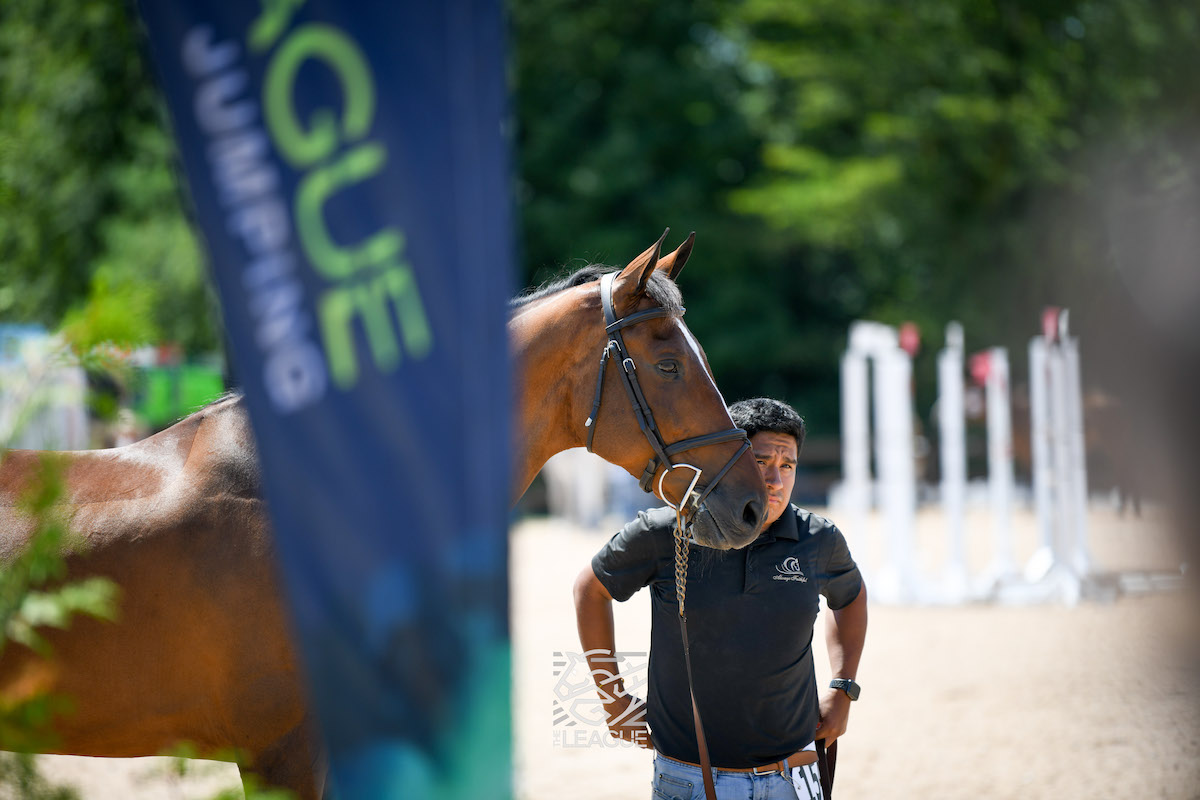 Strategy is the name of the game in the Major League Show Jumping team competition.

Two teams have opted to exercise the substitution rule at stage two in Traverse City. ShowPlus Northern Lights and Trailblazers are bringing in fresh talent on Friday in light of injury and scheduling conflicts with next week’s ECCO FEI World Championships in Herning, Denmark.

MLSJ teams are permitted to make two substitutions throughout the season.

For Northern Lights’ the decision is horse welfare based. The team has three riders on the ground in Michigan in Sam Walker, Sean Jobin and Juan Ortiz. But team manager Jacquiline Patmore has tapped Jim Ifko to replace Walker in Friday’s team event.

“Sam is doing the [North American] Youth Championships next week and wants to save his horse for that,” explained Patmore. “He’s protecting his horse, which I 100% support.”

Ifko isn’t a random choice. The Canadian rider is slated to join Northern Lights during the mid-season trade portal and has a veteran partner in Un Diamant des Forets. The 14-year-old stallion has a career 43% clear round rate with Ifko. The pair collected two 5* wins at Spruce Meadows already this summer and are proven winners at Traverse City.

Trailblazers are also using their first substitution of the season to replace injured rider Jessica Mendoza, who was is out for the season recovering from clavicle surgery. It’s a tough blow to the team. Mendoza was one of the Trailblazers’ highest ranking riders and with five international horses was originally slated to appear in nine stages of the MLSJ tour.

“I was trying not to sub [this early in the season], but Daniel [Bluman] has the World Championships next week. And my horse isn’t quite ready,” explained manager Cara Raether Carey.

She’s called up Santiago Lambre to step in at MLSJ Traverse City alonside Emma Marlow and Nicky Galligan. Lambre previously subbed on Otomi Warriors in 2021 at MLSJ Caledon, helping the team to a podium finish with Comtess 202 and capturing the two 5* classes that same week, including the Grand Prix.

He will not be Mendoza’s official medical replacement on the team, however. That news will be announced next week.

“I would have loved to have used Santiago,” said Raether Carey, “but he can’t travel right now because of VISA restrictions.”

The MLSJ team event is Friday at 5:30 pm ET. Watch it live on MLSJ TV.