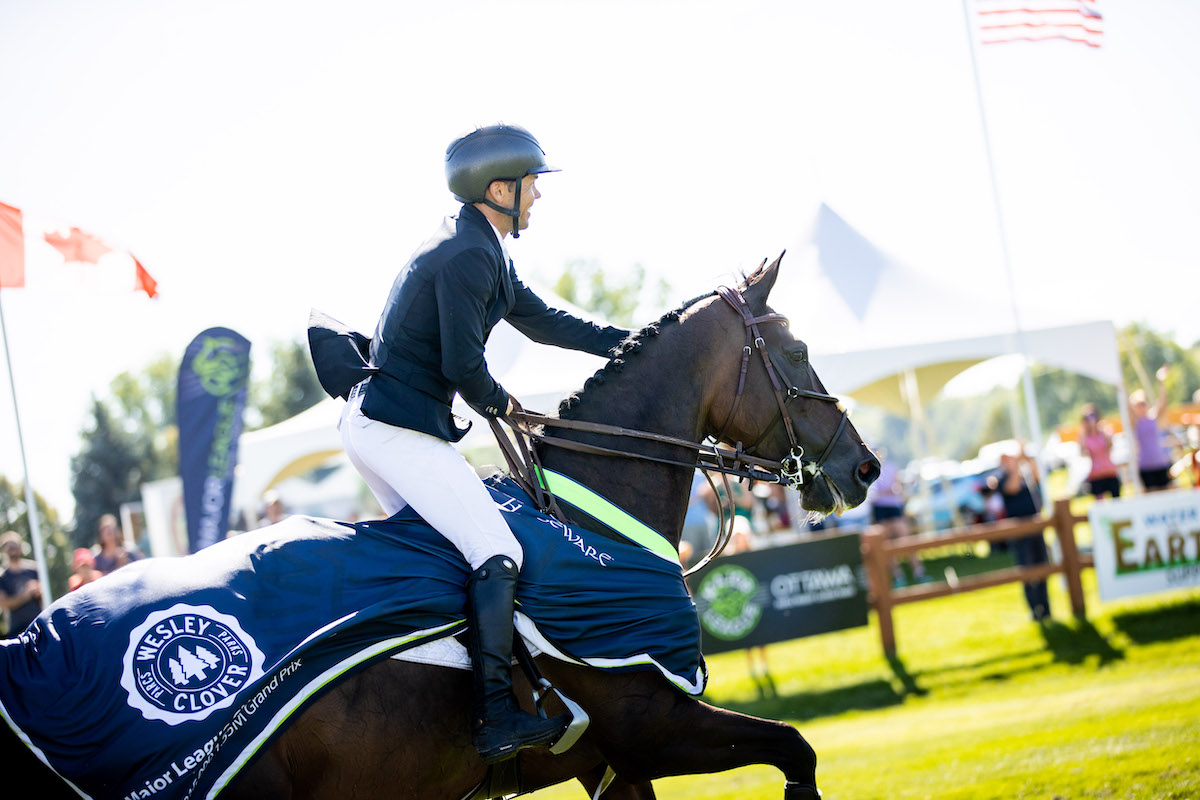 Kent Farrington came, he saw and he conquered MLSJ Ottawa.

Team Lugano’s leading man made his first ever trip to the Canadian capital for the fourth stop on Major League Show Jumping’s 2022 tour and rode away with both of the weekend’s feature events.

On Sunday, it was rinse and repeat. Riding Orafina, he topped a four horse jump off to win with their second MLSJ Grand Prix of the season. The first was at MLSJ Vancouver.

“A great week for me,” understated the world No. 10. “It was my first time coming to [Wesley Clover Parks]. I was really impressed with the place. Footing was great. They have an interesting set of jumps that are different than what we see every week, which is great for my horses.

“It’s a little bit of a developing year for me, so [all my horses are] all moving up in level and growing in the sport.”

Farrington’s “developing year” has been an incredibly consistent one. With Orafina alone, he’s logged seven international victories, six of which were at the 5* level. The pair boasts a phenomenal 70% clear round rate and 83% top ten finish rate at 1.60m in 10 finished rounds, averaging just 1.20 faults (JUMPR App).

“She’s a spectacular horse. She’s hyper careful, as you can see,” he elaborated.

“But she’s incredibly competitive, very fast. She’s the modern show jumper, so I have big expectations and let’s see where she goes. In the end, the horses are going to decide what they do in the sport. And right now, she’s loving the sport. So I hope that continues.”

All signs point to exactly that. At just 10 years of age, Orafina already has an incredible track record. But the feeling she gives Farrington is even more telling.

“I think when you’ve been doing it for a while and I’m not a kid anymore, all of the horses have some characteristics of a horse you’ve probably ridden or trained before. And so [Orafina] has different characteristics of some of the best horses I’ve ridden with her own personality, of course. They’re each their own.”

“I mean, she’s very, very careful. So that would be similar to Gazelle,” he continued. “She’s so careful that I have to make sure that she stays confident all the time.

“But she’s a bit of a bully in her mind. She’s very strong in her opinions and is quite physically a strong horse also that’s similar to Voyeur. So it’s sort of a mix of a few horses.”

For context, Gazelle earned Farrington a career high win at Aachen in 2019 when they won the Rolex 1.70m Grand Prix, this after collecting Rolex Grand Prix wins in Geneva (2017) and Spruce Meadows (2017). Voyeur took Farrington to his first Olympics at the 2016 Rio Games and first Olympic medal, team silver.