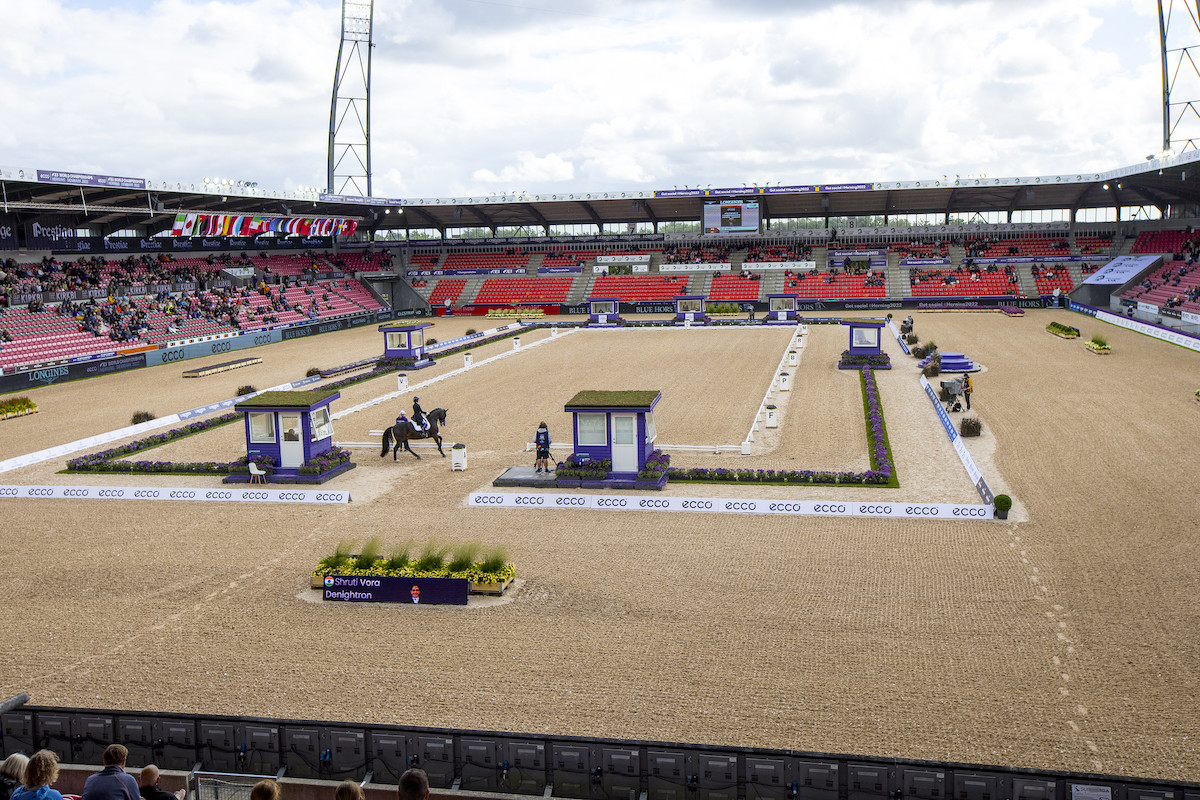 Herning 2022 hopes came up short for four of the 94 combinations to contest the ECCO FEI World Championships in Denmark on the weekend.

Two pairs were eliminated in the Grand Prix under the blood rule while two more were deemed unlevel by the ground jury.

Both Hungary’s Csaba Szokola and Enying and New Zealand’s Gaylene Lennard and Jax Johnson were eliminated after blood was discovered at the stewards check following their grand prix test. Under the “blood rule,” FEI Article 430, fresh blood discovered by a judge or FEI steward anywhere on the horse’s body results in mandatory elimination.

As a team of three, Lennard’s elimination ended New Zealand’s bid to qualify for the 2024 Paris Olympics.

Two additional pairs were rung out by the judges during the Grand Prix when their horses were deemed unlevel.

Day one saw Ireland’s Sorrell Klatzko and the nine-year-old stallion Turbo eliminated early in the test by judge Christof Umbach at C after completing the extended trot. Herning 2022 was Klatzko’s championship debut.

On day two, Katarzyna Milczarek’s Guapo was also judged unlevel and eliminated by the ground jury. It’s the second championship disappointment for the Polish Olympian this year. In April, Milczarek dropped out of the 2022 World Cup Final in Leipzig (GER) days before they set to compete when the 11-year old Lusitano stallion suffered a “minor but acute and irritating dental issue.”