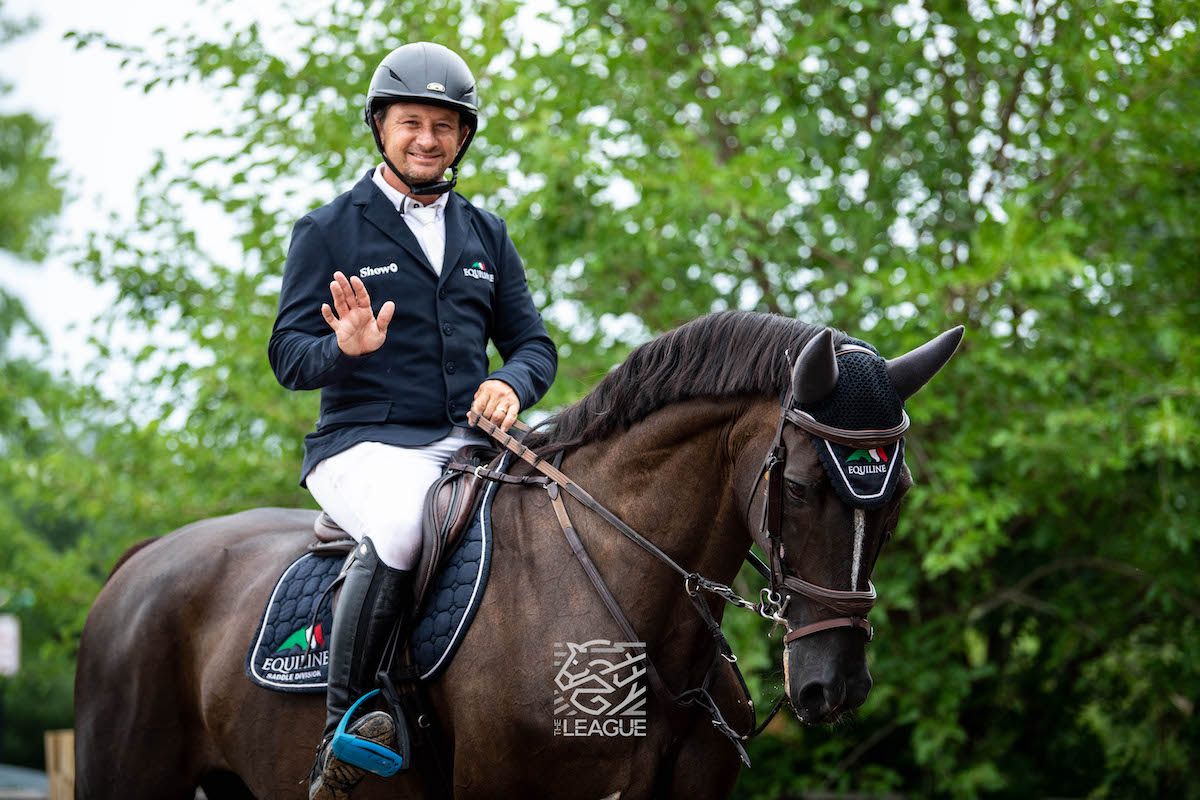 “I brought him [to Michigan] as my third horse actually, and he’s doing a bit the smaller classes. So I thought it was a good day to give it a shot with him,” said the Roadrunners rider.

That shot sped straight to the top of the leaderboard.

Sixty-eight starters came forward in the 1.40m Two Phase CSI5* at Major League Show Jumping (MLSJ) Traverse City. Many used the class to warm up for the week’s bigger classes. Michan took the opportunity to capture his first international win with Dutch-bred gelding.

Using Firewall’s stride to his advantage, the pair shaved nearly a second off Israeli teammate Sydney Shulman Desiderio’s time of 42.23 to take the lead (41.43).

“There were two lines [in the second phase] where people were doing eight [strides] to the liverpool and then nine to the last jump. I know Firewall has a big stride, so I tried there to leave out a stride. I did the seven to the liverpool and eight coming home and I think that saved [the] time,” he explained.

Firewall is a 12-year-old KWPN gelding. Previously campaigned by Theo Genn (USA), Michan picked up the ride in January 2022. The horse is most experienced at the 1.40–1.45m level and has finished top 10 in four 1.40m performances and jumped clear in 57% of seven 1.45m rounds with Michan.

“He’s a little fireball, actually,” smiled Michan. “He has a lot of blood and he’s very kind and he likes his job. He always tries his best. So it’s always a pleasure to ride.”

While Firewall is new to Michan’s string, both are new to the MLSJ tour. Michan joined The League in 2022 for team DIHP Roadrunners. Come Friday, he’s looking to move the team up the standings.

“I know last time [at MLSJ Langley] we weren’t in the best, we were fifth. So I think more than trying to beat the other [teams], we’ll try to be good ourself,” he said of Roadrunners’ strategy for the team event.

“I hope we can keep winning.”