Cook Has Nothing to Lose and Everything to Win 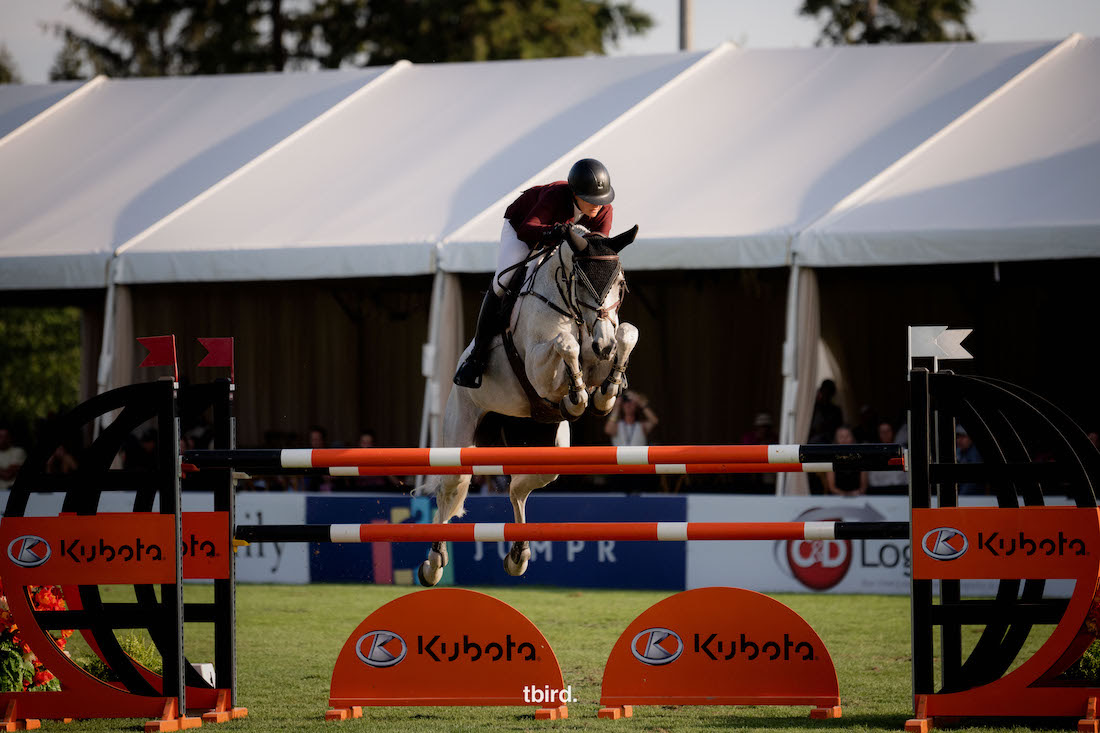 The top 10 horses from the first round advance to the second round with a clean slate. For Shauna Cook (CAN) and nine-year-old mare Caya, this element was a game changer. Under a normal jump-off format, their unlucky rail in the first round course would have thrown them out of contention for the second round, and most likely the ribbons. This time, Cook was able to test both Anderson Lima (BRA) courses, because she snuck in as the tenth best score in the field.

“I had that bit of an unlucky rail in the first round. The winning round worked in my favor this week, and we just snuck in, because she’s a quick horse. It was a nail-biter. I wasn’t sure I was going to get in, and then I was like, ‘Well, I’ve got nothing to lose,'” said Cook.

Nothing to lose but everything to win.

The competitors returned for the second round in reverse order. Cook, who had the tenth best score, was the first one back in the ring. Even though she put down a blistering leading time of 48.19 seconds, she couldn’t celebrate early. Her stress was on a high note until the very end while she waited as all nine combinations chased her clock. As any show jumper can attest, it’s rare to hold onto an early lead.

Still, Cook knew she did everything she could to reserve the top step on the podium.

“I knew I laid down a pretty quick trip and that mare is just naturally quick. So I knew I put enough pressure and that anything’s possible,” said Cook.

Quick got the better of Wednesdays’s CSI3* winner, James Chawke (IRL) riding 11-year-old Gamble this time, who finished in 48.33 seconds. Kyle King (USA) landed in third place with Inferno BF and 49.88 seconds on the clock.

Both Chawke and King aren’t competitors to underestimate, so what give Cook and Caya the edge against such an experienced field?

“She’s so efficient over the jumps. She doesn’t waste a lot of time, she just knows where the poles are,” explained Cook, regarding her knack of accurately measuring the fence height.

Caya is still building her international resumé, having jumped only four 1.45m international classes before Saturday. Yet her 50% clear round rate at the height (according to JUMPR App) is evidence that she’s just getting started. And, has even bigger ambitions.

“She stepped up to her first 1.50m [Friday], and it was a challenge for her, but she was great. It was a hard course but I think she handled it really well even though she had a couple poles. [On Saturday], she was just in the zone,” said Cook.

She looks pretty happy with herself, too.