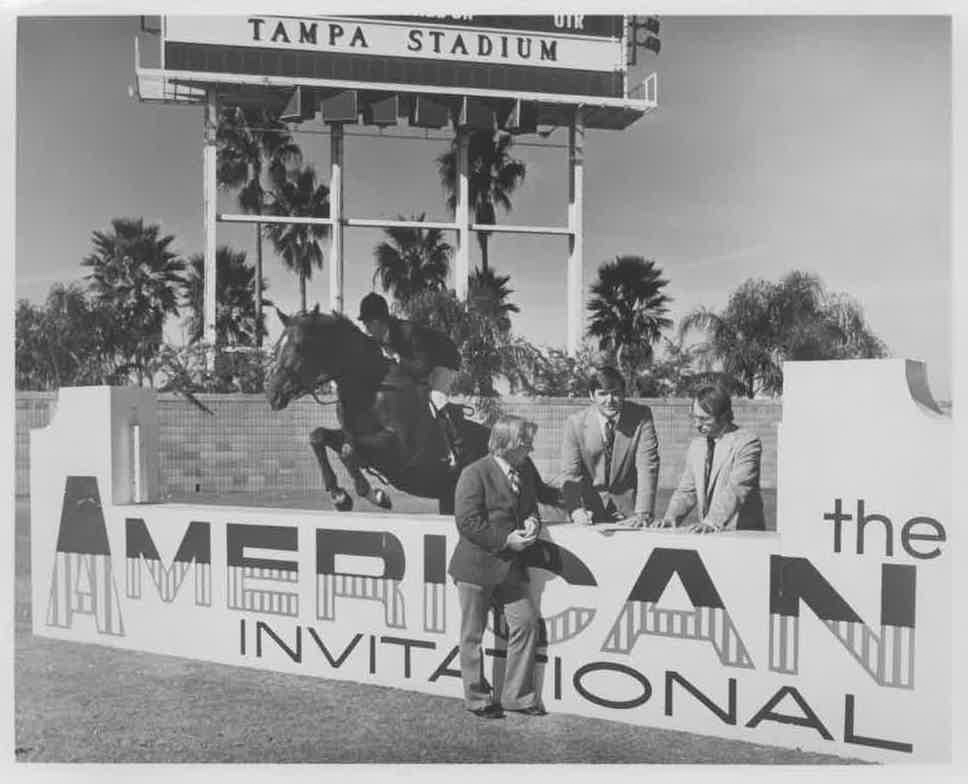 This week, Hall of Fame Thursday features an article published in the American Invitational program of 1991 announcing the previous year’s opening of the Show Jumping Hall of Fame at Busch Gardens in Tampa. The Hall of Fame was relocated to its present home at the Kentucky Horse Park for the start of the FEI World Equestrian Games in 2010.

The Show Jumping Hall of Fame and Museum, in the works for over three years, has unveiled its collection of show jumping memorabilia at its permanent home in Busch Gardens in Tampa.

On display is everything from Bill Steinkraus’ 1968 Olympic saddle draped with the Individual Gold Medal he won that year to “Idle Dice’s” bridle to a turn-of the century saddle tester. (If you don’t know what that is, then head for Busch Gardens!)

Scenic descriptions depict the evolution of show jumping from ancient times to the opening of the Spanish Riding School to the start of the National Horse Show in 1883 to the permanent inclusion of equestrian sports into the Olympic Games in 1912.

The idea behind the Show Jumping Hall of Fame is to encourage broader interest and participation in the sport by educating the public in its fundamentals, as well as sharing some of its history, lore and greatest achievements.

Rare photographs and comprehensive, informative descriptions are designed to appeal to newcomers to the sport and to knowledgeable horseman and horsewomen of all ages.

The Show Jumping Hall of Fame and Museum became a reality largely through the efforts of Jane Forbes Clark II, Chairman. Clark, whose family developed and manages the Baseball Hall of Fame in Cooperstown, New York, got the project off the ground with the assistance and contributions of Elizabeth Busch Burke and the staff of Busch Gardens, Eugene R. Mische and Stadium Jumping, Inc., the staff of Classic Communications and Peter Doubleday.

The project is funded by private contributions and by an annual fundraiser hosted by the Hall of Fame each March in Tampa during the Winter Equestrian Festival.

Anyone wishing to contribute to the Hall of Fame should contact the Show Jumping Hall of Fame and Museum, Inc., 3104 Cherry Palm Drive, Suite 220, Tampa, FL 33619.