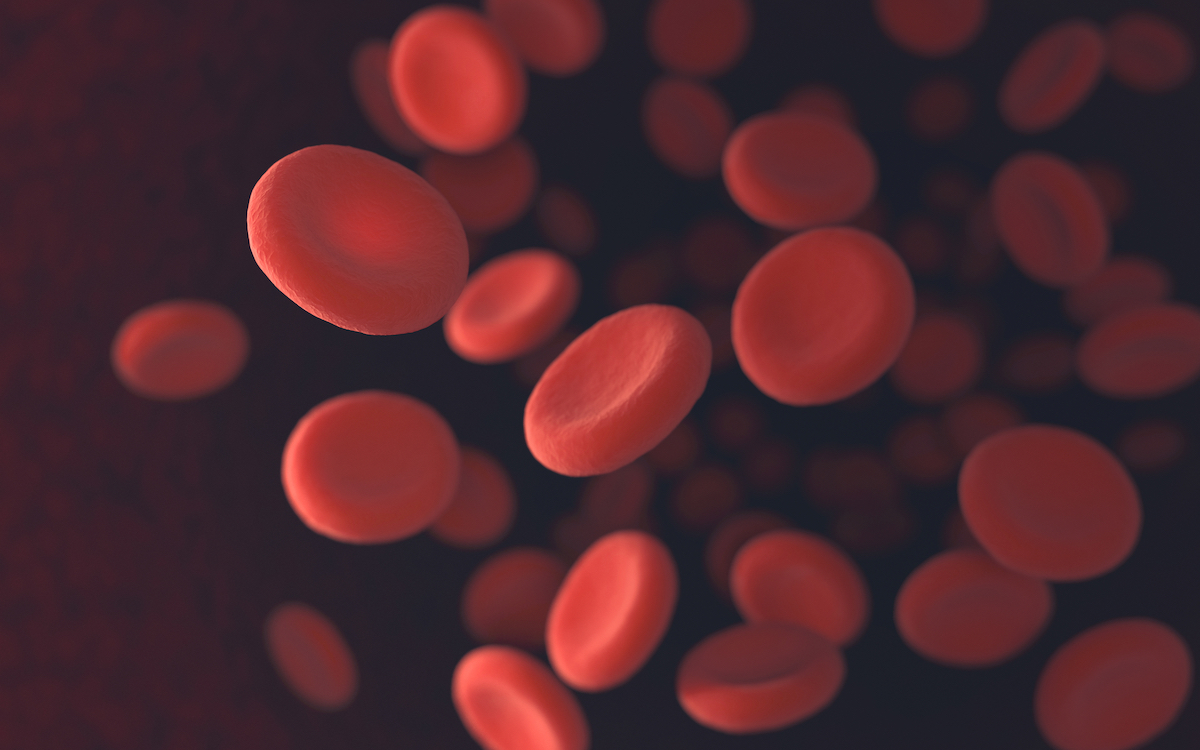 Anemia (a decreased number of red blood cells) seems to be something that a lot of horse owners are told they should be concerned about.

In fact, I am quite sure that, relative to the concerns, this effect of this article may be relatively anemic. Thus, we ride into the quixotic* world of promoting fact over fiction.

An example of a disease condition that causes red blood cells to be destroyed is equine infectious anemia (EIA).  EIA is a rare disease caused by a virus similar to the Human Immunodeficiency Virus (HIV). The disease is actually very rare in the United States, but still, a dozen or so cases get identified every year.

Dr. Leroy Coggins, an enterprising veterinarian at Cornell University, developed the blood test that bears his name in 1970. Any horse that is being shipped between states, or internationally, is supposed to have a negative Coggins test within 6–12 months of the date of shipment (depending on where you’re shipping him).

Blood loss anemia is pretty self-explanatory. If the horse has lost a lot of blood, say, from a severe wound, or because of disease, say, from bleeding into the intestines, red blood cells end up on the ground, or in the guts, instead of inside the horse’s blood vessels, where they belong. In most cases, the horse’s body makes up the deficit pretty quickly; as a result, whole blood transfusions in horses are rarely needed, even if they do have a temporary anemia from blood loss.

Here’s where grammar comes in. As an adjective, anemic means, “Lacking in color, spirit, or vitality.” Sound like your horse? Does he not jump over fences with his usual verve? Would he rather snuggle up to a cow than cut it out of the herd? Has his get up and go gotten up and left? (Heck, does this sound like you, say, after a hard night out with your friends?) What better cause of feeling anemic than…anemia?

Here’s where things get tricky. First, a couple of facts—then I’ll put them together for you.

FACT ONE: Anemia used to be almost a death sentence in people.

“Pernicious” anemia (pernicious means to be harmful, but in a gradual or subtle way) was a big killer of people up until the early 20th century. But in 1926, the American physicians William P. Murphy and George R. Minot reported success in treating anemia patients with a yummy liver diet. In fact, this discovery was so stupendous, it got them the Nobel prize for Physiology or Medicine in 1934 (along with another physician, George H. Whipple, whose work they had built on).

It wasn’t until the late 1940’s that the substance in liver—vitamin B12—was identified; turns out that it was the substance that was deficient in the diets of pernicious anemia patients all along.

Of course, there are other dietary causes of anemia, too.

Since about the 17th century, it has been recognized that people could become anemic from a lack of iron. Whole industries were built on that fact—in the 1950s, Geritol, a popular vitamin-iron tonic, was introduced, and pretty soon advertisers made sure everyone was worried about having iron poor blood!

FACT TWO: You can measure the blood cells in the horse’s blood pretty easily.

You simply put some blood in a tube, put the tube in a centrifuge—a machine that spins the tube, and forces the heavier cells out to the end of the tube—and measure the cells, which pack down into the bottom of the tube (hence the name of the measurement—the packed cell volume, or PCV. The measurement is also called the hematocrit).

By measuring the percentage of the tube that’s made up of cells, and comparing it to the total volume that’s in the tube, you get the PCV. Depending on where your horse lives, the lab will establish a range of normal for the PCV.

FACT THREE: Just because something is outside of a normal range doesn’t mean that it’s abnormal.

Take height. The normal range of male human height is something like 5′ 8″ to 6′ 4″ (I looked it up). So what does that make someone who is 5′ 7″ or 6′ 5″? The male who doesn’t fit inside the range isn’t abnormal, he’s just outside the range. Keep that in mind as we go along. In fact, keep this fact in mind whenever someone shows you a blood test.

Take those five facts, along with the fact that the word anemic can be used as an adjective, and what you get is a bunch of people worrying about (and buying supplements, and giving shots, for) something that essentially never happens in the non-diseased horse.

OK. Bear with me. Here’s how the typical scenario goes. You’re worried that your horse is lacking in energy, spunk, spark, etc. You think that this could be because something is wrong with him—maybe he’s anemic (medical term) in addition to feeling anemic (adjective). So, you have blood drawn.

The blood is run by the lab, which has a normal range (See Fact Two, above). Your horse’s blood falls below the normal range, by a percent or two or three. Instead of a PCV of 32, his is 30 (See Fact Three, above). BINGO—he’s anemic (the medical term), which, to those in search of an easy solution, explains perfectly why he took down a rail, or ran 0.1 second slower around the barrels than you had expected!

What do you do? Why, give him blood builders, or course! B-vitamins and iron (See Fact One, above)! See how easy it is (See Facts Four and Five, above)?

Oh, and it’s also that same rationale that indirectly led to the death of 21 polo horses in Florida, in 2009.

1. It is impossible to make a horse deficient in B-vitamins. The micro-organisms that live in the horse’s intestines make all that the horse needs, and then some.

2. Iron deficiency is essentially unknown in the horse.

3. The horse has a huge storehouse of blood cells in his spleen. He can double his PCV in moments, if need be. A laboratory PCV doesn’t measure this.

Final question: What are you trying to say, Dr. Ramey?

OK, I’ll cut to the chase. This all adds up to the fact that almost all of the time, if you’re worried about, or if you’ve been told that, your horse is anemic (the medical term), you’ve been misinformed. And, as a result, if you’re running out to spend money on vitamin B- and iron-containing “blood builders,” because your horse doesn’t feel like you think he should, you’re mostly wasting your money.

Honestly, in this economy, you’ve got a lot better things to spend your money on than iron supplements and B-vitamins. While it may make you feel better, you’re not really doing anything for your horse if you’re spending money on supplements to help with his “anemia.” Besides—it’s a horse—you can find lots of other stuff to waste your money on!

* Quixotic happens to be one of my favorite words in the English language, as well as an absolute points bonanza in Scrabble, if you have an open “c” somewhere. One also does not even have to actually read the famous book by Miguel Cervantes in order to appreciate the futility of charging at windmills with a lance.

** It’s also a spelling problem—the English and the Australians and the Kiwis (among others) spell it funny, adding an “a” so as to get “anaemia”—but that’s a linguistic issue, not a veterinary one.

This story originally appeared on doctorramey.com and is reprinted here with permission.