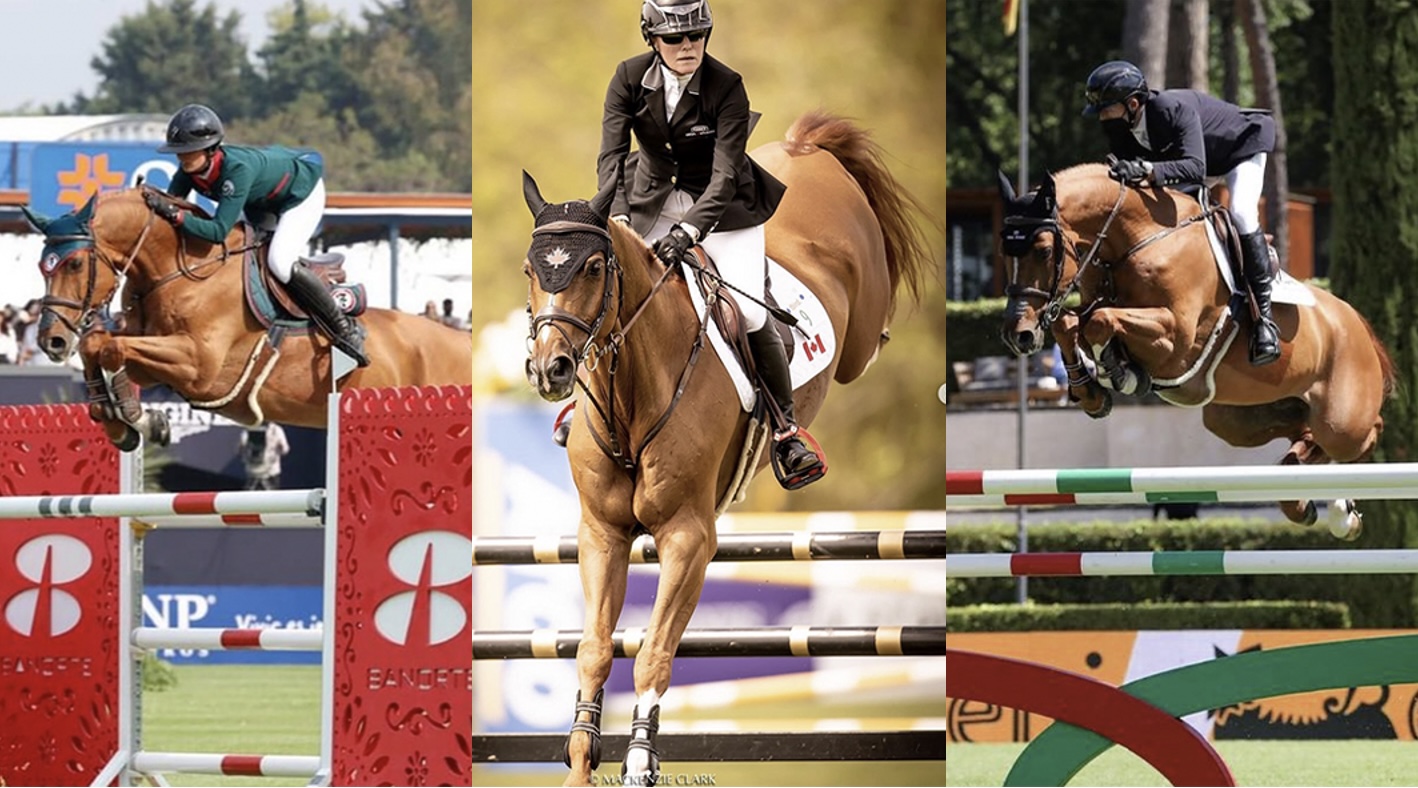 In May of 20221, Eric Lamaze (CAN) won the CSIO5* MAG Prize at the prestigious Piazza di Siena.

In April of 2022, Nina Mallevaey (FRA) won the second round of CSI5* GCL competition in Miami Beach.

In June, Beth Underhill (CAN) jumped a clear second round in the CSIO5* Longines FEI Jumping Nations Cup™ of Canada.

All three performances came with the same horse.

At 16 years old, the Chacco Kid Group’s Chacco Kid (Chacco Blue x Come On) might just be in his prime. For many years, the Oldenburg gelding campaigned in the shadow of his stablemate—Lamaze’s Olympic bronze medalist, Fine Lady 5. But as that mare, along with her legendary rider, have both retired, with Lamaze taking on the role of Canada’s chef d’equipe, one can’t help but appreciate the heart and versatility that have become Chacco Kid’s trademarks.

The numbers back up the reputation:

Across the four riders that have campaigned Chacco Kid at the FEI level in his career, the gelding’s averages remain remarkably consistent. Coincidentally, Underhill, Mallevaey and Kara Chad (CAN) have each ridden Chacco Kid in five international starts, and all averaged less than a rail, with Underhill and Mallevaey also averaging top 10 placings. More impressive is that Lamaze maintained the same low averages across 162 international starts with the gelding, including nine five-star victories between 2017 and 2021.

Height doesn’t seem to matter, either. Chacco Kid averages a finish position among the top 12 from 1.50m to 1.60m.

Underhill and Mallevaey both work under Lamaze as they have taken the reins on his top mounts, and Lamaze has clearly communicated and coached what Chacco Kid needs to be successful. In fact, watching Underhill on Chacco Kid draws countless parallels to Lamaze’s style.

Chacco Kid has jumped at least one clear round in each of his three Nations Cup appearances this year with Underhill. In between, he recorded his Miami victory with Mallevaey.

You just can’t count out Chacco Kid, no matter who seems to be in the saddle.

Follow Chacco Kid and select him in Preview’s fantasy games at Prixview.com/fantasy.