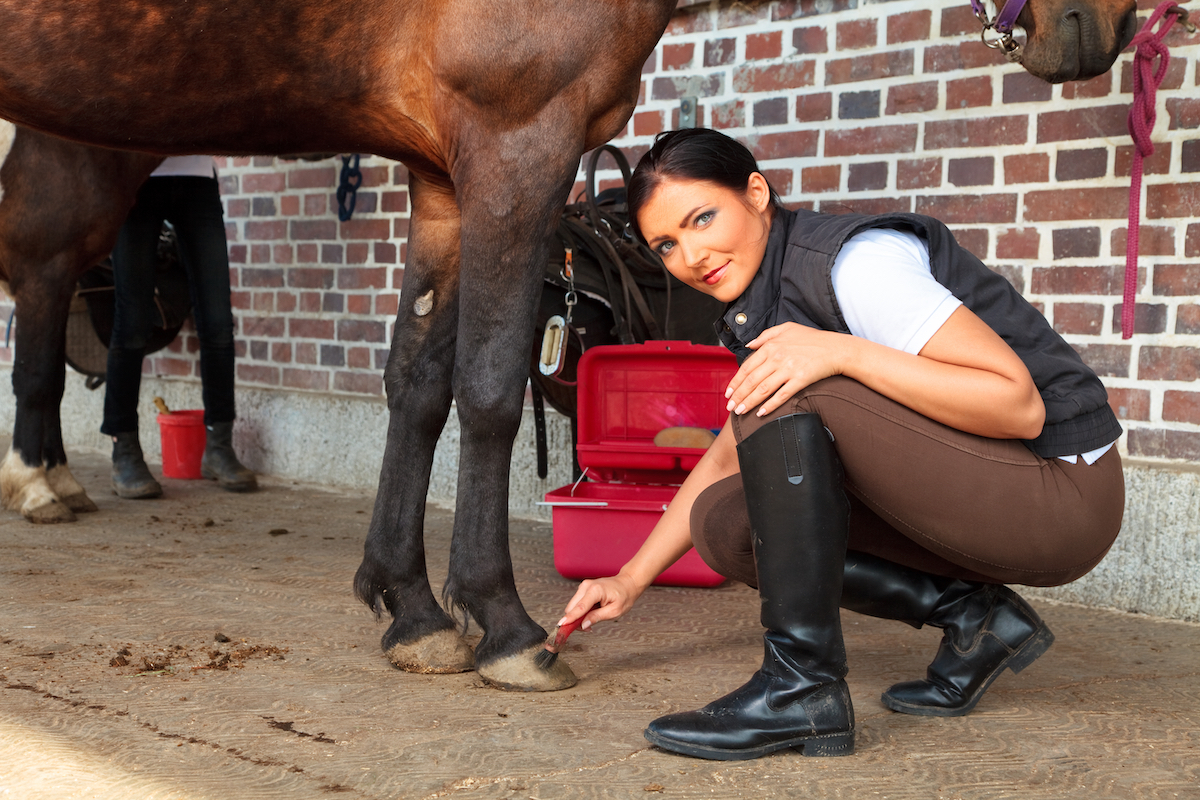 Jacksonville, FL — Boarders at a Florida stable have reported troubling bouts of criminal activity allegedly carried out by one uncooperative horse owner.

“First it was little things…like braiding bands and a few spritzes of my fly spray on her way into the ring,” said a visibly shaken Jules Rules.

“Then it was like that wasn’t enough of a thrill for her. Next thing I knew, her horse Diablo was wearing Butterscotch’s fly sheet and bell boots. Butterscotch is a Camarillo white! She has sensitive skin that requires 24 hour UV protection. Our stable clearly states that all boarders are required to provide their own equipment!”

“We call her the stable swindler,” added Lawra O’rdur, shaking her head as she walked by with a horse in mismatched polo wraps.

Pheluney, for her part, denied any wrongdoing.

“I used the fly spray on Butterscotch,” she explained, “when I was giving my 10-year-old niece a riding lesson.

“I only use it for Diablo when Jules leaves it on top of her tack trunk. Who would leave out their fly spray out in the open if it wasn’t for everyone?”

When asked whether she had the licensing and permission to use Butterscotch in lessons, Pheluney quickly changed the subject.

“And another thing, jumping saddles are expensive! Lawra does dressage and barely uses hers. She wouldn’t even miss it if someone took it to a show every once and a while. Which I didn’t…but so what if I did?”

“It is a pattern of criminal behavior!” Swift huffed. “She’s often weeks late with her board payment. She argues about surplus charges during vaccination and deworming season. And she’s known to ‘forget’ to settle with a show office. Who does that?! I’ve seen her leave tire marks speeding out of the show grounds!”

Swift’s theory: Pheluney’s “crime spree” is a means to finance her horse habit.

“She just bought another horse. I swear it’s from all the money she saves dodging bills.”

Pheluney’s new gelding “Joker” is still in quarantine. According to one frustrated groom on the quarantine premises, Pheluney was seen on Thursday loading travel bags from the new imports into her car in broad daylight.

When questioned about the mountain of stable sheets, blankets and fuzzy halters still with shipping tags piled in her corner of the tack room, Pheluney maintains they were gifted to her.

“Oh those? They come with the horses, they’re free,” she claimed, slipping into the driver’s seat of what appeared to be a new F150 truck and gooseneck trailer. “Do you mind handing me the keys? They’re just there on the front tire.”

Whether the Stormy Meadows Swindler will face legal action remains to be seen. Until then, boarders at are advised to lock their tack boxes tight.