Data Mining in the Arena 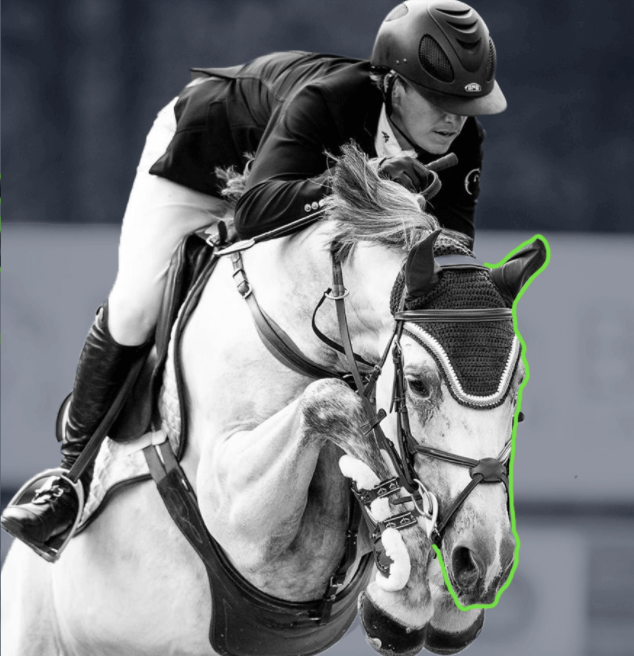 Sean Jobin (CAN) is riding into the future one data point at a time.

“Dr. Tim Worden is a really good friend of mine, and we started having a lot of conversations back and forth that morphed into using regular data sources to understand my rides,” explained Jobin, a team member of Major League Show Jumping’s Northern Lights.

“It was also relevant to him to use things like excel spreadsheets to break down different variables with the horses. Since then we’ve grown it more, adding sensors to the program. [Lately, we’ve been using] heartbeat sensors, which is awesome.”

Jobin isn’t the only equestrian who sees the value of adding a data driven dimension in the saddle. Statistical analysis of our traditional sport is on an upward trend, just look at JUMPR App.

Developed by Egyptian Olympian Nayel Nassar (EGY), the app breaks down horse and rider stats according to clear round percentages, top ten rating and average faults. It’s also sparked Thunderbird Show Park’s JUMPR App Newsdesk, an online pre-show where Nassar and a sports analysts predict the success of horses competing in the week’s Grand Prix based on probability, and is the data engine that powers the fantasy sports app JUMP CLEAR, which Nassar is also part of. (Check out the JUMP CLEAR Daily Fantasy Podcast on Horse Network).

American Olympian Lucy Davis has also built an online platform that talks stats, Prixview. Data analytics is one aspect of the site, demonstrating figures for faults by obstacle, surface, arena type, lead and points of contact for horses and riders. It also includes one of the first ever show jumping sport fantasy leagues.

Voltaire Saddles was perhaps ahead of the times, unveiling the “Blue Infinite,” the world’s first smart saddle, in 2016. The saddle has gone through stages of continuous development over the years, designed as health and fitness companion that allows riders to track their horse’s heart rate, speed, calories burned, recovery time and more in real time via smartphone or smartwatch.

Related reading: Tack to the Future.

While there is a generalized effort in growing the access to numeral information, riders like Jobin have also learned to tailor technology to their own programs.

“We just moved into working with the horses in Alogo, which tracks for a bunch of different data points like like spur pressure, jumping arc, time in the air, etc.” said Jobin.

“We’re still in the early stages, so it is probably going to be a little while before we can really go out there and say, ‘Okay, this is what [the data] says, this is what it means.’ But we’ve had some moments where it’s either [confirmed] what we already knew about the horses and the training program, or it’s made us take a second look at [the program].”

“A lot of rails would come from spikes in heart rate before jumps…such as spooks or nervousness. So I think that was pretty cool. We saw some [data] where the higher the jumps got, sometimes the lower the heart rate actually got, which is helpful to see,” said Jobin.

The intent of incorporating data into a training program is not to replace natural sense and feel, only supplement it. If the understanding of our equine partners evolves, perhaps our partnerships with them will as well.

“We found a way to differentiate between fitness issues and, of course, typical horse training issues…things like the elevation levels, the trajectory arcs and the strike force is all stuff you can feel as a rider but you can’t quite put a number on it,” explained Jobin.

“This is a cool way to actually put a number on it…maybe [the rail] wasn’t an issue of scope because my horse elevated high enough, but my horse didn’t have enough dexterity to snap the legs and get out of the way…or maybe in other situations, we’re starting really high at the start of the course but ending with less strength force, lower elevation and flatter trajectories. We can understand that it’s probably a fitness issue and we need to get stronger and faster.”

The applicability of the data will become clearer as time goes on, but a data-ridden future is certainly the new tomorrow. 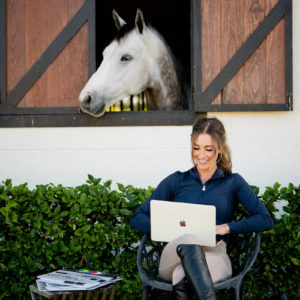