A Clydesdale Sized Impact On the World

Home > Blog > Learn > A Clydesdale Sized Impact On the World 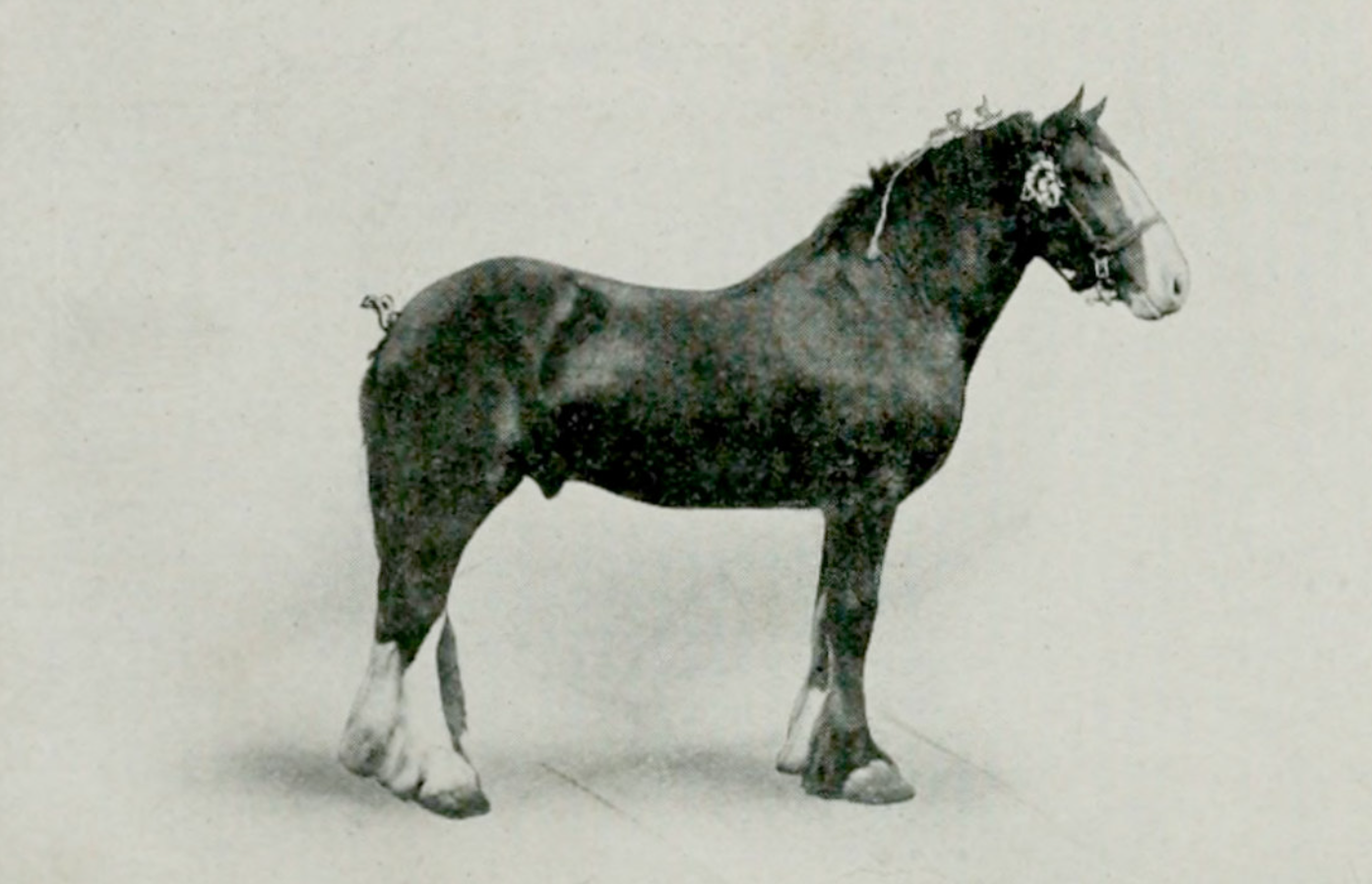 I’ve noticed while on this voyage of mine that I have taken a rather casual approach to life. I often don’t know where I’m headed, and despite making it to the next B&B, exactly where I am.

And so it was a few days ago when I found myself in another seaside town, but this time in Scotland rather than Wales. I took a walk along the promenade, despite the low dark clouds, the idle threat of rain and a fierce wind. It was only then as I was mesmerized by the crashing waves with my hair swirling about my face, that I wondered what body of water I was looking at.

The Firth of Clyde, the sign read, and I realized I was in Clydesdale country. How exciting to find oneself in the birth region of such a magnificent draught horse. I felt lucky to have landed myself here and thought perhaps I’d better start paying more attention to the road signs. Though in my defense, the district of Clydesdale no longer exists on the map as the new and much larger South Lanarkshire Council absorbed it in 1996.

As with most breeds of horses, cattle, sheep and the like, the Clydesdale was named after its place of origin. The “Clyde” part of the name is due to the river Clyde that runs nearby, and the “Dale” part is because Clydesdale was in the valley or dale of the Clyde River. The Clydesdale breed came about in the 1700’s when native draught mares to Clyde Valley were bred with Flemish stallions. The goal was to produce a stronger, heftier horse to help with heavy farm and industrial work.

The breed became very popular, and Clydesdales were found on many farms and working in cities such as Glasgow.

It wasn’t until 1826 that this new breed was exhibited under the name of Clydesdale. The Clydesdale Horse Society was formed in 1877 but the records date back to the 1830s.

These docile yet large horses who stand between 16.2-18 hands and weigh 1,600-2,000 pounds were being exported to Australia and New Zealand in the 1850s. And over the next 20-plus years (1884-1945), over 20,000 Clydesdale mares and stallions were exported to Russia, Austria, Italy, America, South America and throughout the Commonwealth.

Due to their flashy appearance, Clydesdales were often used in America for promotional work. In 1933, for example, Anheuser-Busch Company used a team of Clydes to promote the end of Prohibition and to represent the Budweiser company. I think we’ve all seen their fabulous, tear-inducing commercials.

During the Second World War, tractors and other farm equipment were favoured over horsepower due to high agricultural production needs and as such the popularity of Clydesdales waned.

It is surprising to learn that such an old, familiar and recognizable breed to so many people in the world should find itself in a position of concern. This is, unfortunately, the way of things as there are many breeds of equine, cattle, pigs, sheep, goats and poultry that also find themselves in a similar plight.

Anheuser-Busch has had a Budweiser Clydesdale breeding program since 1953. Today, the
horses are bred and raised on the 300-acre Warm Springs Ranch in Missouri. The genetic origins of Gypsy Vanners include Clydesdales, Shires and British Pony breeds.

What is a firth?

After some discussion with the locals, I learned that a firth includes but not limited to a fjord, inlet, bay, an arm of the sea and/or sometimes a strait. There seems to be no concise meaning as to what a firth is, but, I did learn it is always made up of undiluted seawater.