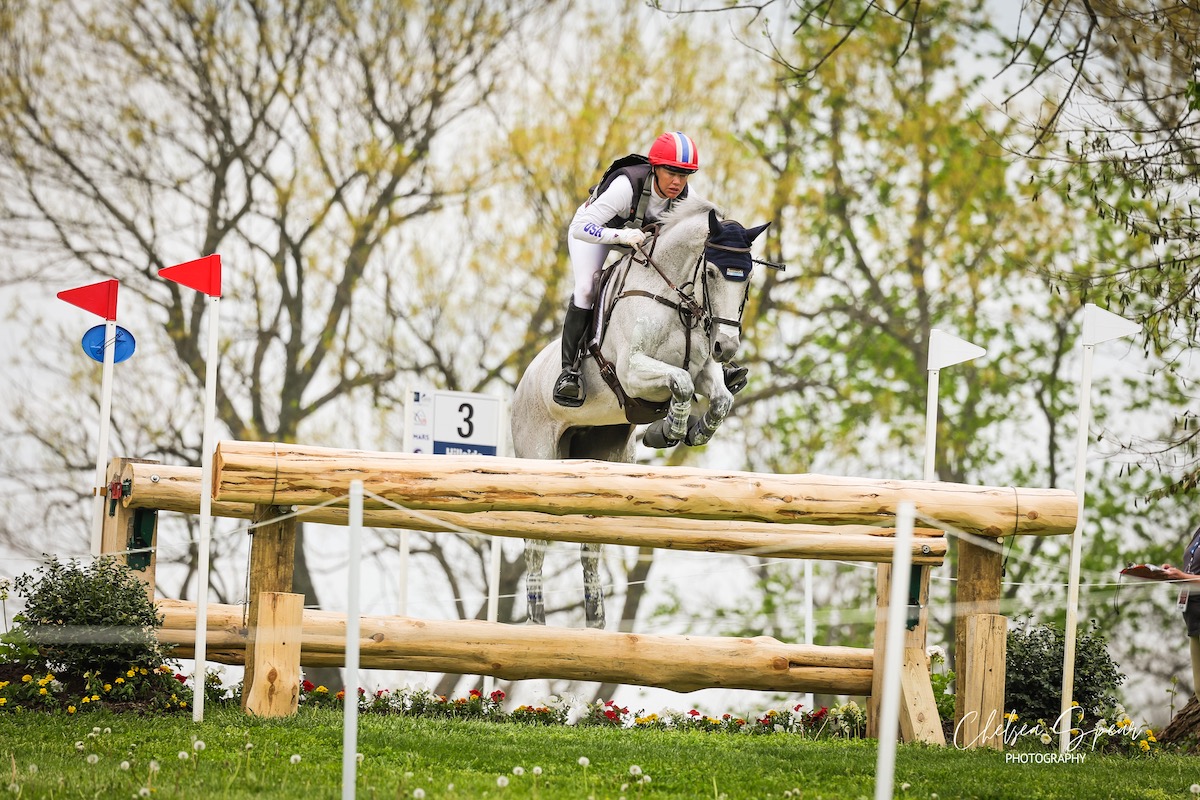 Smith and Fleeceworks Royal were the early leaders in the CCI5*-L competition in Lexington, finishing their dressage test with a score of 32.9 on Thursday to take the overnight lead.

“I was really happy with her. She was with me the whole way and I was thrilled with her, she was awesome,” Smith said on Thursday.

The 13-year old Holsteiner mare has been partnered with Smith for a decade. Kentucky marked their first ever 5* appearance.

“I’ve had her since she was three, so it’s kind of crazy. Every time I’m going out of the start box at Advanced, I’m like ‘but you’re three.’ It’s special to be sitting on one you’ve produced from scratch, and you think of all the times and the many people she’s bucked off,” she laughed.

In eighth place heading into Saturday’s Derek di Grazia-designed cross country course, the pair’s 5* debut was cut short. Smith pulled up after fence 11 when “Rory” sustained a “significant injury to her left front pastern.” The horse was transported Hagyard Equine Medical Institute where surgeons determined that the best course of treatment would be surgical stabilization of the left front pastern.

In an Instagram post this morning, Smith shared that both the surgery and recovery were successful. The horse is currently resting comfortably at the hospital and “cranky as ever.”

“She’s a fighter……as to be expected, there hasn’t been anything this fierce girl hasn’t overcomed [sic].

Rory sustained a significant injury to her left front pasturn [sic] yesterday while galloping @kentuckythreedayevent. After landing off of a jump and feeling Rory wasn’t right Tamie quickly pulled up and Rory was transported to @hagyardequine where they felt that surgery would be the best possible outcome for Rory’s longevity. The surgery went very well and Rory recovered and is walking in her stall comfortable and cranky as ever.

One thing I can say about this beautiful creature is she is one who has beaten the odds her entire life. She is a fighter, she loves her job and I know if there is any way she will be back.

It didn’t end the way we wanted but we are thrilled with Rory’s amazing effort and her heart. She was foot perfect the whole way around.

We’re happy to have been able to share with all of you what an amazing little mare she is and no matter what the outcome, Rory will be coming back home with us and that is the best news.

Thank you again to everyone who has reached out. These times are tough but what matters the most is that Rory is happy and comfortable and she’s coming home with us so our day is good. ❤️”

A second horse, Emporium, ridden USA’s Meuchel, was also transported to Hagyard Equine Medical Institute on Saturday after the pair sustained a fall at fence 19C in the Head of the Lake during the cross country competition. The 13-year-old KWPN gelding is currently resting at the hospital and expected to make a full recovery.

“He’s looking bright this morning, just needs to rest for a couple of days,” Meuchel told Eventing Nation. “His right front shoe was caught in his throat latch which is why he couldn’t get his feet under himself to get up.”

KRL3DE was the second 5* appearance for the pair. Meuchel was unharmed in the fall.