Beth Underhill: “We did what we came to do”

Home > Blog > Show Jumping > Beth Underhill: “We did what we came to do” 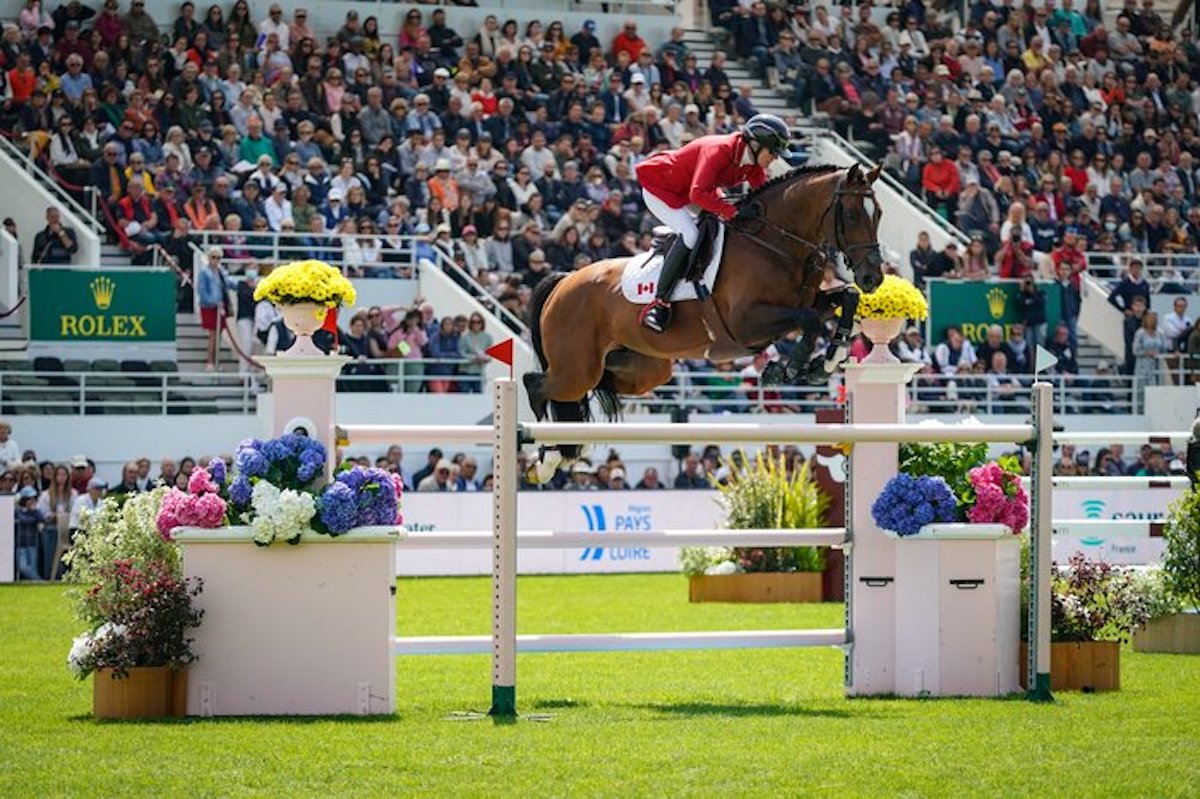 “This morning I was walking through the vendor area and I came across the place where they have all the plaques of the past winners. I saw that Canada had won the Nations’ Cup in 1970, and that Eric [Lamaze] had won the Grand Prix twice with Hickstead and again with Powerplay. I thought to myself, ‘wouldn’t it be magical to be part of that hallowed group?’”

Then Beth Underhill did precisely that.

On Sunday, the Canadian Olympian won the €500,000 Rolex Grand Prix of La Baule aboard Dieu Merci van T&L at the CSIO5* International Jumping La Baule in France. It was their third ever Grand Prix appearance together and fourth clear round of the weekend.

“He was spectacular all week and didn’t put a foot wrong,” said Underhill of the 13-year-old Belgian Sport Horse stallion. “He gave me everything he had without question and felt better every round.”

Originally acquired for Lamaze in the summer of 2020, Dieu Merci van T&L is owned in partnership between his Torrey Pines Stable and Mark Rein and Tara Dow-Rein’s Rein Family LLC. Underhill took over the ride on Lamaze’s string at the beginning of the winter season when health issues—Lamaze has been battling brain cancer since 2017—forced the 2008 Olympic champion to the sidelines. In March, he formally announced his retirement from the sport and new role as chef d’equipe of the Canadian Show Jumping Team.

On Friday, with Underhill in the stirrups, Dieu Merci van T&L helped Canada to a third place finish in the Nations Cup, executing one of only three double clear rounds on the day. The pair kept their winning form on Sunday to join the 12-horse jump off designed by Gregory Bodo (FRA).

“When I went in the ring for the second round, Eric said, ‘It’s yours to take.’ It galvanized me. I thought about all that Eric has done for us and has given me a renewed opportunity at this stage in my career,” said Underhill, age 59. “All the Canadian riders wanted to make this week count. I wanted to hold my own and put into practice all the things that we had been working on. I wanted to do it for Eric. To have a result like this is thrilling.”

Yuri Mansur (BRA) and Vitiki were the only other combination to produce two clear rounds, but was relegated to second with a slower time (45 seconds to Underhill’s 43.77). Pierre Marie Friant (FRA) riding Urdy d’Astree and Gregory Wathelet (BEL) aboard Nevados S tied of third with four faults in 41.66.

“To watch the Canadian flag being raised and hear the anthem being played was an emotional moment, with the whole team there supporting us,” continued Underhill. “To be part of a competition like La Baule is a dream come true for me. The crowd was electric and so supportive of the Canadians. Because of Eric’s history with the show, I think they have a soft spot for Canadians. It was an incredible week. We did what we came to do.”