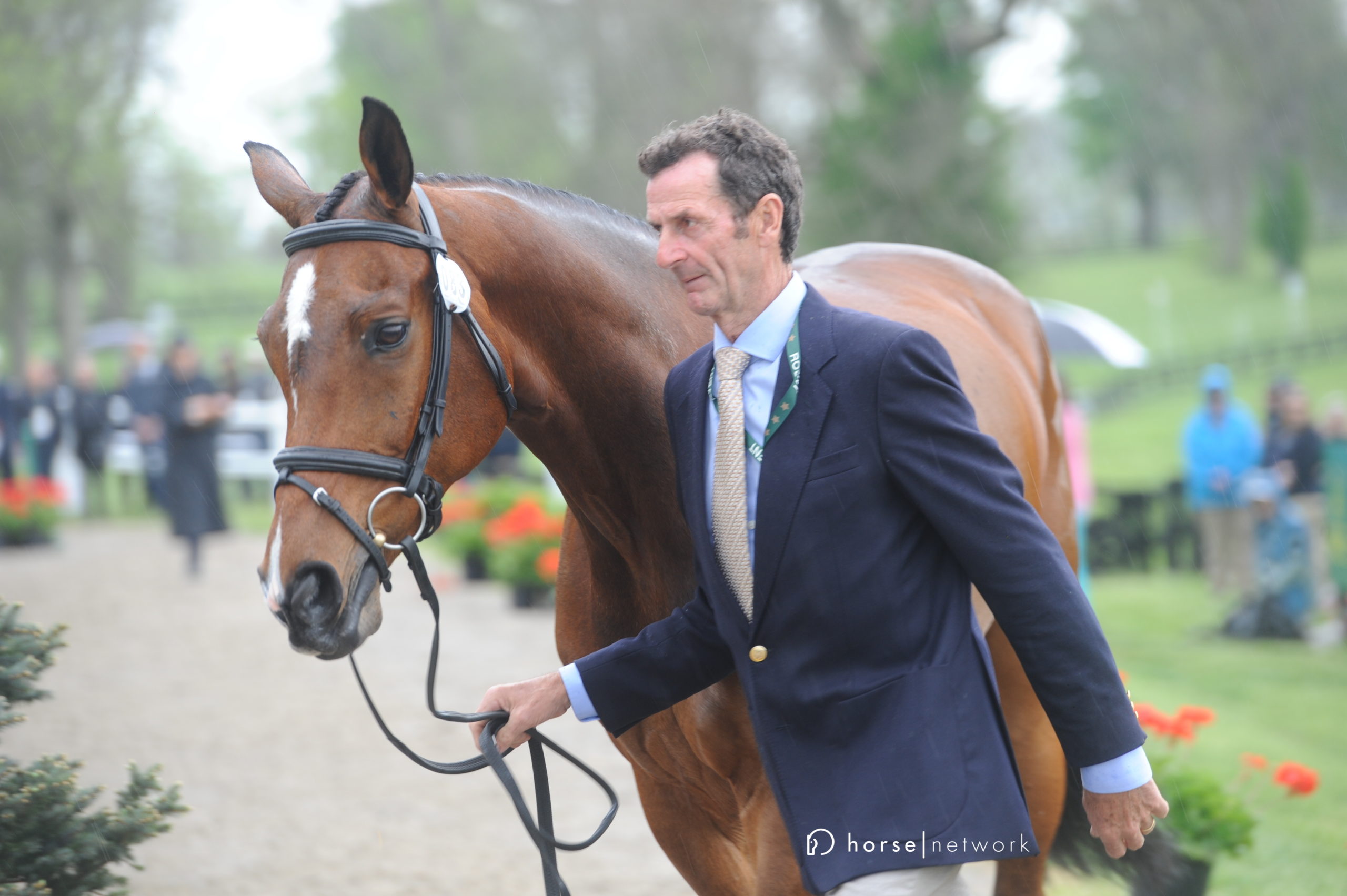 The ruling came in response to a viral video that showed the New Zealand eventing trainer repeatedly striking a horse with a tree branch during a clinic. The horse, owned and ridden by amateur British eventing rider Chloe Terrell, was hesitating to jump into a water complex.

The four month suspension includes two months deferred and two months served in interim, which means Todd is cleared to resume practicing as a professional horsemen.

The BHA offered the following statement in regards to this week’s ruling:

“We are grateful to the Disciplinary Panel for their time in considering this case and acknowledge the penalty handed down this afternoon. As Sir Mark has himself recognised in public statements since the video emerged and in accepting that he was in breach of Rule (J)19, his behaviour on this occasion fell short of the standard expected of all licensed individuals and ran contrary to the values of care and respect for the horse that underpin British racing.”

Todd officially retired from competition eventing in 2019, though he continues to coach, and has since gone on to train racehorses. The BHA referenced his genuine public apology, acceptance of rule breach, and longstanding history as a respectable horseman as evidence that he is of no further risk to equine welfare.

The clip Terrell first shared the video to TikTok in February of 2022 was of a clinic that took place in 2020. Immediately after the footage surfaced Todd issued an apology to the student, her horse, and the number of outraged equestrians who spoke out against his training methods.

“I wholeheartedly apologize to the horse and all involved for my actions in this video clip. One of the main things I preach is about establishing a mutual respect between horse and rider, and that patience and kindness is the best way to get results,” said Todd.

“I believe this is one of the main attributes, along with a great empathy with animals, that has enabled me to have a long and successful career in eventing. I am very disappointed in myself that I did not adhere to that in this case.”

Distinguished by winning back to back individual gold medals at the 1984 and 1988 Olympics, Todd was named FEI Event Rider of the 20th Century, but the titles don’t stop there. He became Sir Todd in 2013 when he was awarded Knight Companion of the New Zealand Order of Merit (KNZM) and knighted by Prince Charles at Buckingham Palace. After the viral clip, animal rights groups People for the Ethical Treatment of Animals (PETA) and Save Animals From Exploitation (SAFE) launched numerous campaigns calling to revoke his honors.

While Todd faced the brunt of public condemnation, Terrell also attested to receiving an influx of online vitriol after she posted the video to her social accounts. She was criticized for sharing the video and speaking out against Todd so long after the incident had occurred, as well for how she appeared to handle the situation, and her horse “Harry,” during the clinic.

Todd’s supporters argued, in online comments, that the otherwise upstanding horseman had a moment where he’d run short of patience, was trying to help Terrell negotiate an obstacle that can be particularly dangerous when met with hesitation, and did not deserve to have his reputation tarnished.

“Whether I have rightly or wrongly addressed a situation on social media is not relevant to the fact that a top level athlete excessively and repeatedly hit my horse with a tree branch. I personally am not comfortable with how my horse was treated and at the time I was a 21-year-old girl who was not brave enough to speak up about my concerns,” Terrell wrote.

“Now if you are the age I was and would confidently speak up against a famous top level athlete with no reservations without any support then I commend you because you are braver than I am. With all of that being said, the reason I posted the video, the context in which the video was taken and the time since the video was taken is in no way relevant to what happens in the clip.”

The British Equestrian Federation, however, left no room for discussion, responding to the clip with “a zero tolerance policy” for harsh training practices:

“British Equestrian is extremely dismayed by the actions of those who appear in the video footage released over the weekend, which has, quite rightly, caused distress and anger. The Federation and all our member bodies put equine welfare at the forefront of any sport and activity, as should every member of the wider equestrian community. We all have a duty of care for our equine partners and a role to play in acting as guardians for their welfare.  As such, British Equestrian has a zero tolerance policy of any abuse or neglect and will ensure any allegations of the ill-treatment of horses are not ignored or overlooked.”

Provided Todd has no further infractions, the ruling will hold, and Todd, who has continued to profusely apologize for his actions, will have the opportunity to restore his career in horses.