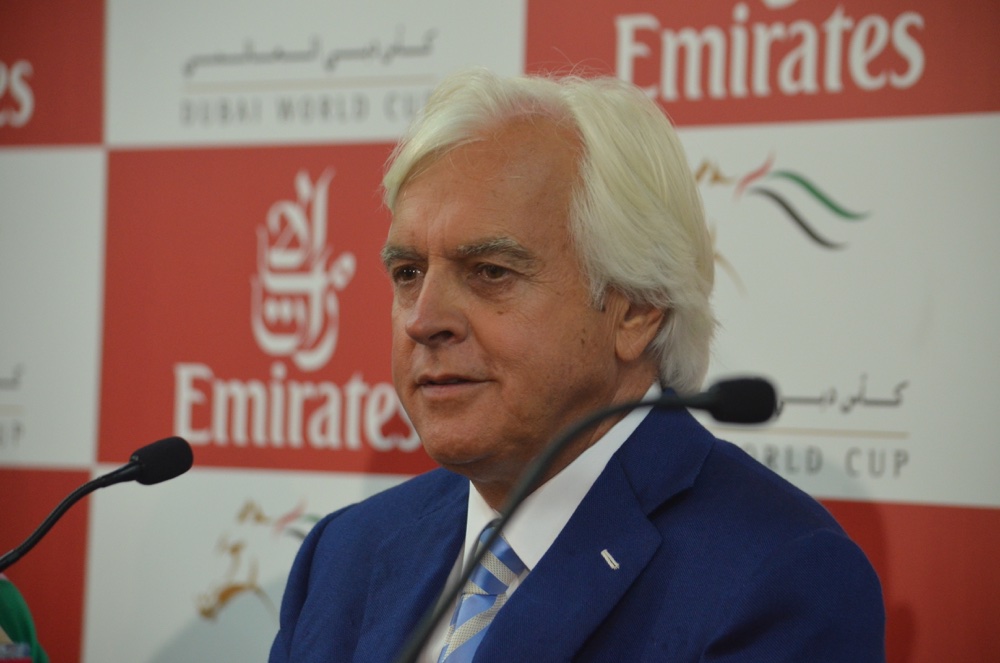 If you’re old enough, you’ll remember baseball’s New York Yankees owner George Steinbrenner as one of the most controversial figures in sports in the 1970s.

His outspokenness and political activities outside the sport, along with his role in elevating players’ salaries, came to define his nickname, “The Boss.”

But Steinbrenner’s Yankees enjoyed a record of success that harkened back to the franchise’s golden years of the 1930s, of Babe Ruth and Lou Gehrig. Under Steinbrenner, who purchased the team in 1973, the Yankees had a .566 winning percentage, earned 16 division wins and seven World Series’ titles.

Steinbrenner’s most famous quote: “Winning is the most important thing in my life, after breathing. Breathing first, winning next.”

On the tennis court beginning in that same era, John McEnroe earned an equally controversial reputation for his habit of loudly berating referees on the court for disputed calls during a match.

John “Big Mac” McEnroe was as well known for his temper as for his tennis. His on-court antics earned him the nickname ”Superbrat.” Still, he is considered among the greatest men’s tennis players of all time, with 156 titles, 27 in 1979 alone and the highest single-season winning percentage, 96.5 in 1984 when he earned an 82-3 record.

Controversy and success often go hand-to-hand in sports as in life.

Which brings us to Bob Baffert, perhaps the reigning controversial—and arguably most successful—figure in Thoroughbred horseracing.

Baffert is a New Mexico native who began racing American Quarter horses. He brought his talents to Thoroughbred racing in 1991 with near immediate impact. His record to date is 3,214 first-place victories in 13,930 starts, a 23 percent winning rate.

In 2021 and to date in 2022, his horses have won at a 32 percent rate. To put that in perspective, anything above a 16 percent win or “strike” rate is considered exceptional.

He has six Kentucky Derby wins, seven in the Preakness and three in the Belmont Stakes—that is 16 total wins in Triple Crown classic races—and 11 Breeders’ Cup World Championship victories.

All of that winning success does not even address his second and third-place finishers.

Along that successful path, there has been controversy. There have been 30 substance overage violations among his runners, most recently in the Kentucky Derby with the late, still controversial 2021 Kentucky Derby first-place finisher, Medina Spirit, and in the Derby’s female companion race, the Sept. 4, 2020 Kentucky Oaks with Champion sprinter, Gamine.

His earlier violations were for the overuse of the otherwise legal anti-inflammatory medication phenylbutazone or “bute.” The latter violations have been for raceday presence of the corticosteroid betamethasone.

Argument about those most recent violations has found its way to the “court” of social media where, as in other issues, sides are plainly drawn. To some, Baffert is a guilty cheat; to others, the chosen scapegoat of an industry trying to cleanse itself of the public perception of taint. To still others, he is a successful trainer who is a careless stable manager.

In the case of Kentucky Derby first-place finisher, Medina Spirit, the banned-on-raceday substance was contained in a medicated cream used to treat the horse’s right hind fungal skin infection. Months of sample testing demonstrated the accuracy of this Baffert claim.

Notwithstanding its purpose and result—the lesions showed noticeable improvement in published photographs—the violation resulted in the disqualification of Medina Spirit as the Kentucky Derby winner, a two-year ban for Baffert from Churchill Downs and its affiliated properties in the U.S., a loss of Kentucky Derby qualifying points for all horses trained and raced by him, a suspension in New York by the New York Racing Association (NYRA) and, more recently, a 90-day suspension from stabling and racing at all Kentucky racecourses imposed by the Kentucky Horse Racing Commission (KHRC).

Baffert and his legal team have fought all these sanctions, initiating numerous court battles, which are still ongoing. That most recent suspension from all Kentucky racecourses began April 4, a date upheld in a court ruling. It resulted in Baffert’s not being able to race at the spring Keeneland meet and the transfer of seven horses from his barn to other trainers to allow those horses to qualify for Derby points’ races.

If all this sounds complicated, it is.

But Baffert has responded to the controversy with his usual retort: Winning.

Country Grammer stayed in the neighborhood for the $12 million Dubai World Cup run a mere four weeks later. He was among a loaded American contingent that included Hot Rod Charlie, training in Dubai since January and winner of his prep race at Meydan; Midnight Bourbon, winner of the Lecomte Stakes (G3) and runner-up in the Louisiana Derby (G2), Preakness (G1), Travers (G1) and Pennsylvania Derby (G1); and Todd Pletcher-trained Life Is Good, believed to be the best racehorse currently in training in the world.

The irony? Life Is Good was trained by Baffert until his Kentucky Derby troubles began and his owners transferred him first to Steve Asmussen’s barn, then to Pletcher’s where he reeled off three consecutive victories.

Silver-haired Baffert, 51-year-old Dettori and five-year-old Country Grammer pulled off one of the most shocking upsets in the 26-year history of the Dubai World Cup. Tracking Life Is Good, jumping out in front as usual under Irad Ortiz Jr., the favorite led throughout but was suspected by many to be a shorter distance mile-and-an-eighth horse.

The critics were right: Life Is Good faltered and began to fade in the stretch.

“When I got to the half mile, I thought I was losing the battle to the first two,” Dettori would later explain his ride in the post-race press conference. “I thought I was kidding myself. I was trying to save him for third. Then in the stretch, he came to his fourth gear and the first two were a spent force, then I knew at the eighth pole I was going to win. It’s always something you dream, then it happens and it’s real.”

As thrilling as was their win, as interesting was the post-race press conference where connections actually embraced the controversy regarding Baffert, absent from Dubai in place of his long-time assistant, Jimmy Barnes.

After acknowledging Country Grammer’s runner-up performance in the Saudi Cup, owner Amr Zedan reflected on the horse’s World Cup win by engaging the controversy over his trainer during the post-race press conference:

“Here, it was real planning by the best trainer the sport has ever witnessed, Bob Baffert,” said Zedan. “The class of training Bob has demonstrated, assisted by none other than the best in the business, Jimmy Barnes, and the whole team is just extraordinary.

“The three gate trainings and getting him in condition, it was just…witnessing art. It sounds like a cliché; I’ve said that at the Derby and at other times. But it’s just…art. Deep down in my heart, I thought we had a shot. I respect all the horses and most of all I respect Life Is Good.”

…and then Zedan invoked the name of his Medina Spirit, the horse at the heart of the Baffert controversy, passing from a suspected heart attack after a routine training run for Baffert at Santa Anita Dec. 6, 2021.

“I know Life Is Good intimately,” continued Zedan. “He used to train with Medina [Spirit] every morning at the Baffert barn.

“Medina is a Champion and the grit that Country Grammer demonstrated reminds me of Medina, horses that have nothing but heart. I knew once he was into the stretch, he would give it a fight. And with Frankie, that was just all class and all experience. We were really privileged to have him wear our silks.”

Zedan, clearly emotional, returned to the controversy over his embattled trainer.

“The care of the team, of my friend Bob and his operation, was just second to none,” added Zedan.

“I could go on and on and on,” the owner continued, “but results speak louder than words. This is exactly why he’s the best trainer out there.”

Regarding Medina Spirit’s Derby disqualification: “I really believe this too shall pass,” affirmed Zedan. “I’m reiterating my previous position: We’re being mistreated and it’s a sour pill we’re going to have to swallow temporarily.

“But we believe in due process and that, at the end of the day, due process will serve justice to both Bob and I.”

Last week, Medina Spirit’s ashes were interred in the burial park at Old Friends Thoroughbred retirement farm in Georgetown, Kentucky. Laid to rest between Champions War Emblem and Charismatic during an emotional ceremony, his gravestone bears carved testimony to his accomplishments on the track.

Also carved into his gravestone is the name of his trainer: Bob Baffert.

Medina Spirit’s race is over, but the controversy over his trainer gallops on.