Ashlee Bond Was Ready to Rolex 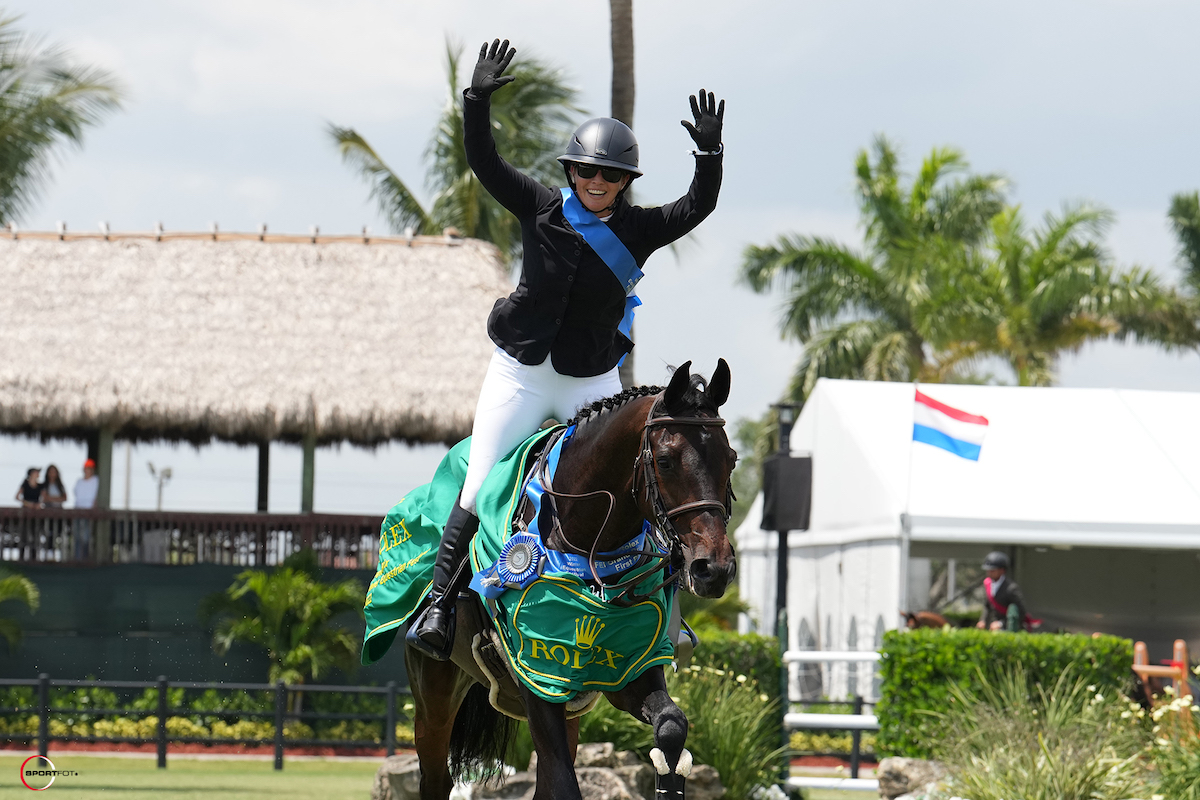 If you had five weeks to win one of the most coveted 5* titles in the sport with a new horse, would you be up for the challenge?

Ashlee Bond (ISR) and Karoline of Ballmore were — and they pulled it off.

Sunday marked the grand finale of the 2022 Winter Equestrian Festival with the highly anticipated $500,000 Rolex Grand Prix CSI5*. Some 41 of the best combinations in the sport tested the Guilherme Jorge designed course, yet only five galloped through the timers with a zero-fault score.

While Bond is always a fierce competitor, winning was perhaps beyond expectation. Especially on Saturday. The Israeli Olympian took over the ride on “Korra” just a short five weeks ago, and it was the first jump-off they’d compete in together. Previously, the mare was campaigned by Belgium’s Nicola Philippaerts.

“In the short time I’ve known her, I don’t think I’ve ever sat on a horse so brave. I jumped almost at the tops of the standards in the warm-up, adding so many strides and going so slow, and she jumps a foot over it. She’s like a rocket, like a ball of power,” said Bond.

“You can just pull her together and go so slow and so up and down, and then she just explodes. She makes my job really easy; I’m very blessed to have her.”

Explode is precisely what they did in the Rolex Grand Prix. Second in the ring, USA’s Chloe Reid set the time to beat with Souper Shuttle, posting an efficient clear round in a time of 47.63 seconds. Speed specialist Daniel Coyle (IRL) and Legacy followed, knocking three seconds off the leading time and a rail before Bond and Korra entered the ring. Contesting the mare’s first ever five star Grand Prix, the pair raced through the jump off course in 44.09 seconds leaving all the rails in place. Israeli compariot Daniel Bluman and Ladriano would try to capture their time but crossed the timers two tenths of second short.

Even Bluman, who now has thrice come second in this class, felt the win belonged to Bond.

“The win wasn’t meant for me, but I’m very happy it was for Ashlee. She deserved it, and she’s a really great teammate. This is definitely one of the most special grands prix in the world, in my opinion, and she just added it to her list,” said Bluman.

Bond’s list of illustrious titles is steadily growing, as is her world ranking. She’s currently sitting in 67th place, following an 11th place individual finish at the 2020 Tokyo Games and multiple victories on the Major League Show Jumping Tour in 2021. She’ll climb higher once the points from today’s Grand Prix are calculated.

Show jumping is notorious for epic highs and discouraging lows. The upward trend in her results is direct evidence of an effective program and great team.

“You just keep plugging along and trusting in your team and believing you will come out of the other side better. I think it really showed that our perseverance through the circuit, coming together, and fighting through the hard times really works towards the good,” she said.