Wellington Belongs to the Irish 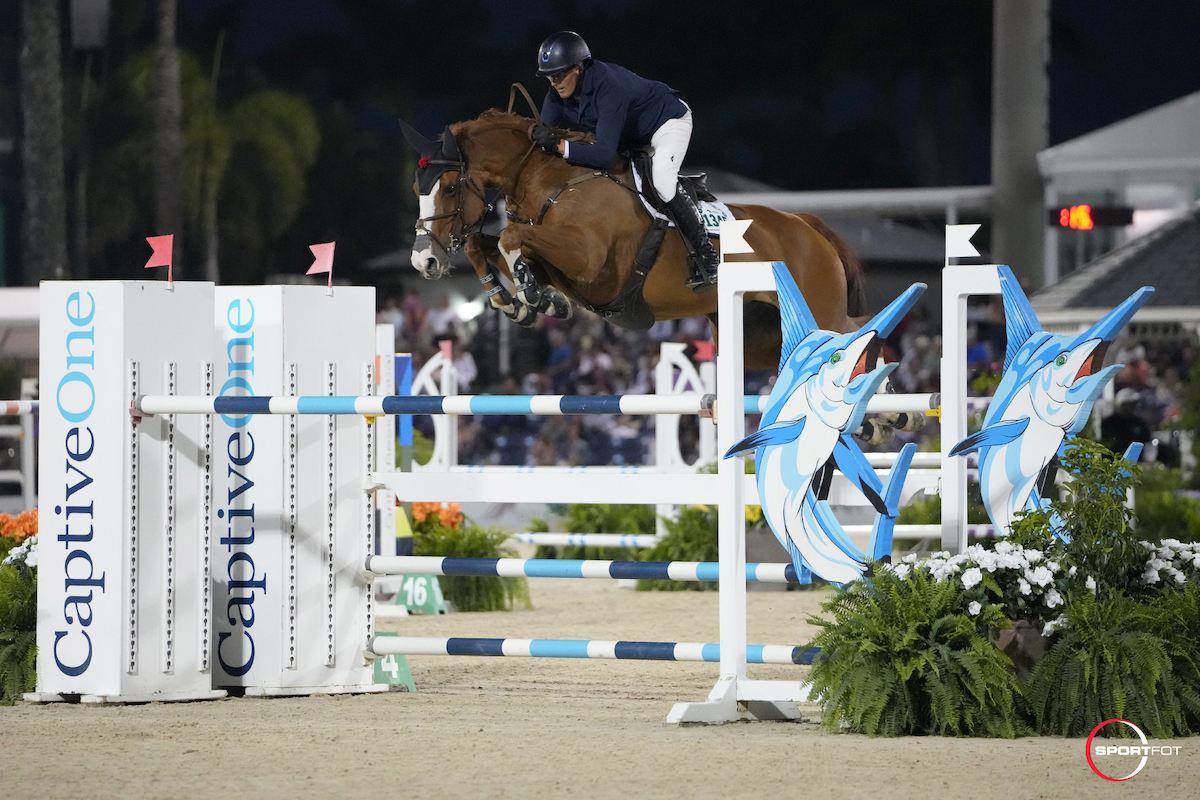 Florida’s Palm Beach International Equestrian Center was officially rebranded Wellington International on Saturday. But there was only one country that dominated this weekend—Ireland.

The first went to Paul O’Shea (IRL) and Chancelloress. The pair topped a five-horse jump off in the Olaf Petersen Jr. designed course to the capture the $140,000 CaptiveOne Advisors 1.50m Championship Jumper Classic Final. It’s the third international win and tenth podium finish for the 13 year-old Hanoverian mare.

O’Shea is aiming Chancelloress at the final 5* Grand Prix of the WEF season next. The German-bred mare has a 37% clear round rate in 113 completed rounds at the 1.40–1.60m height and has logged top ten finishes 25% of the time, reports Jumpr App. But it’s her past three 5* Grand Prix appearances that are most noteworthy. O’Shea and Chancelloress took second in Week 7’s 5* Grand Prix at WEF in February and won their first 5* Grand Prix in Mexico at the Major League Show Jumping Monterrey last November.

The overall victory in the CaptiveOne Advisors 1.50m Championship Jumper Classic Series went to fellow Irishman Shane Sweetnam, who lead from start to finish with six top-five placings throughout the season with four different mounts.

Forty-four qualified combinations contested Petersen Jr.’s Grand Prix track with nine advancing to the jump off. Second to return for the short course, Kenny and the 13-year-old Selle Francais stallion set the time to beat at 39.43 seconds. It held until the end.

“He is just naturally very fast even though he doesn’t have the biggest stride. I even did nine strides to the last fence where most people did eight, but it was still fast enough because he doesn’t waste time in the air and gets across the ground fast,” explained Kenny.

The win is the pair’s second 4* victory in as many weeks (they previously won Week 10’s $75,000 CaptiveOne 1.50m Classic) and marks the second 1.60m win of Volnay du Boisdeville’s career and his first with Kenny (Jumpr App).

To date, Irish riders have captured four Grand Prix, five ranking classes and the Nations Cup at WEF this season.